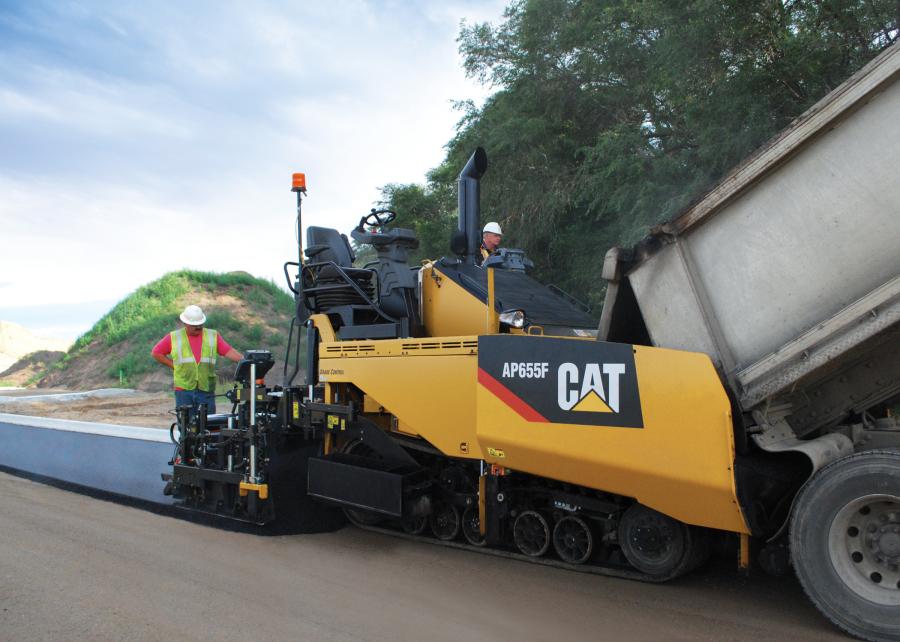 The six paver models come equipped with a new screed platform, the SE-Series screeds, available with vibratory only or vibratory and tamper bars. SE-Series screeds deliver enhanced ride and mat qualities while providing versatility in urban areas. Some paver models have screed packages available with the capability of paving up to 33 ft. (10 m) wide.

An integrated generator is directly connected to the paver engine. The refined heat distribution of the SE-Series screeds allow the generator to bring the screed plates to the proper temperature in approximately 15 minutes. Screed-heating system diagnostics automatically compensate in the event a screed temperature sensor fails, allowing consistent, uninterrupted paving. Screed plates are made from proprietary abrasion-resistant steel, extending wear life. A machined screed frame eases installation of the screed plates, which bolt flat to the frame. Screed extensions are equipped with exclusive two-speed proportional control for enhanced responsiveness near obstacles and more precise control, according to the manufacturer.

Controls are simple yet flexible. Crews who prefer limited options have an organized, efficient control system at their fingertips. More functions, including new technology functions, can be accessed through the color touchscreens. The most frequently used functions are still controlled by switches.

Ratio control for the conveyors can be controlled from the screed. Likewise, the tractor operator can adjust mix height for increased flexibility.

Propel and feeder system settings transfer between stations with the touch of a single switch. Speed, as well as operation and travel modes, are automatically adjusted at both stations.

Tractor operators can make screed adjustments or operate Cat Grade Control from the tractor consoles. A single-button auto-feeder system does the work of four switches. An auto-fill button alternates between running the augers and conveyors, helping operators build a proper head of material from the start.