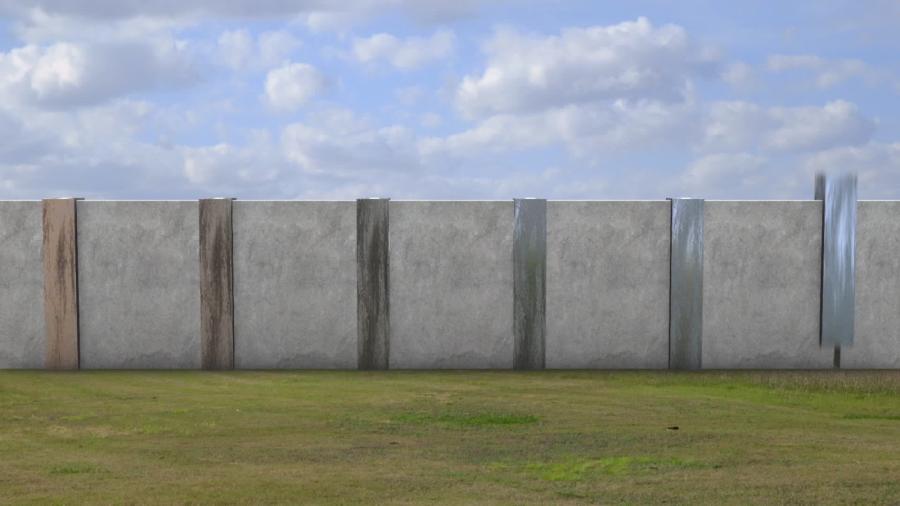 CBP's decision on the “other materials” Request for Proposal (RFP) is the second and final decision related to selection of prototype designs for the border wall.

CBP officials will meet with the vendors and determine construction timeline, however we expect to construct the prototypes in the fall.

Prototypes constructed from alternate materials will serve two important ends. First, given their robust physical characteristics — for example, they will be between 18 and 30 feet high — the “other materials” border wall prototypes are designed to deter illegal crossings in the area in which they are constructed. Second, they will provide an innovative perspective in the application of new materials which will allow CBP to evaluate the potential for new wall and barrier designs to complement the current wall and barrier used along the Southwest border.

CBP's decision on the “other materials” Request for Proposal (RFP) is the second and final decision related to selection of prototype designs for the border wall. Last week, CBP announced four contract awards for concrete wall prototypes.

The Executive Order: Border Security and Immigration Enforcement Improvements, issued on Jan. 25, states that “the [Department of Homeland Security] Secretary shall take steps to immediately plan, design and construct a physical wall along the southern border, using appropriate materials and technology to most effectively achieve complete operational control of the southern border.”

On Mar. 17, CBP issued two Requests for Proposals to acquire conceptual wall designs with the intent to construct multiple prototypes. One RFP called for a concrete wall design and the other called for an Other than Concrete wall design. Prototyping is an industry-tested approach to identify additional solutions when considering a new product or methodology. Through the construction of prototypes, CBP will partner with industry to identify the best means and methods to construct a border wall.

The prototypes will inform future design standards which will likely continue to evolve to meet the U.S. Border Patrol's requirements. Through the prototyping process, CBP may identify new designs or influences that will expand the current border barrier toolkit, which is based on U.S. Border Patrol requirements, that CBP could use to construct a border wall system.

In the past decade, CBP has deployed more resources, technology, and tactical infrastructure for securing our borders than at any other time in history. Technology and detection capabilities significantly contribute to identifying and deterring the entry of potentially dangerous people and contraband. As the border security environment continues to evolve, CBP will continually refresh its own inventory of tools to meet that evolution.