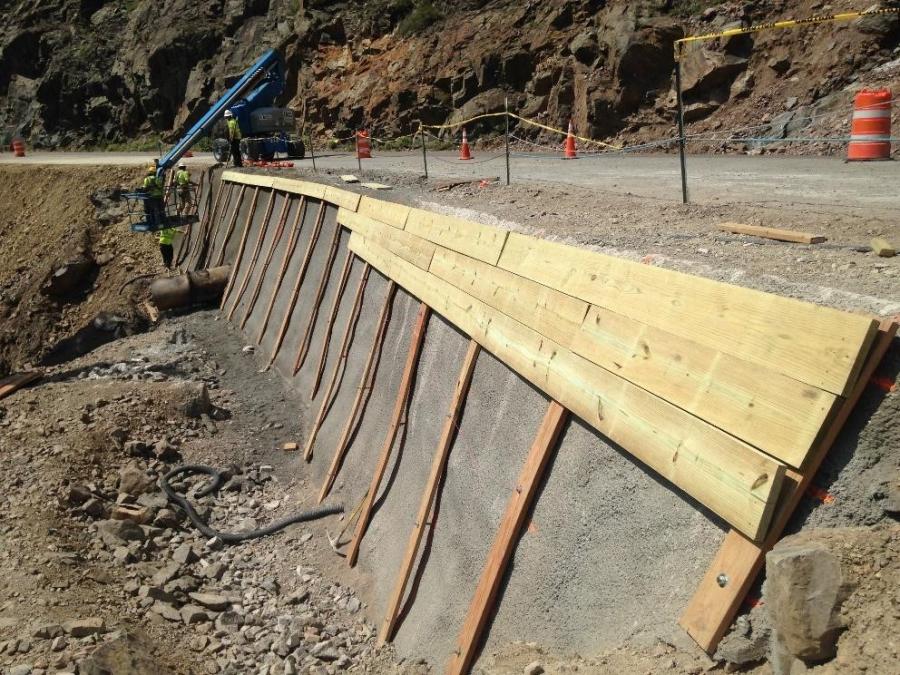 Crews have been working on this U.S. 550 crib wall since mid-July, after it was damaged by a severe storm event and flooding of mud, rock and debris.

The Colorado Transportation Commission has approved emergency contingent funds to complete this needed work, which includes the following:

The new supplemental netting and fencing will increase the capacity for debris, which falls from the cliff walls and may present a rockfall hazard on the highway.

This project's targeted completion date is Nov. 1, with a goal to finish the work before significant snow begins to fall. As a result, inclement weather may impact the duration of the project.

In mid-August, crews completed emergency repair work to the damaged road surface of U.S. 550, as well as repairs to a damaged crib wall, which provides support and stabilization of the road surface. Minor scaling operations also were completed.