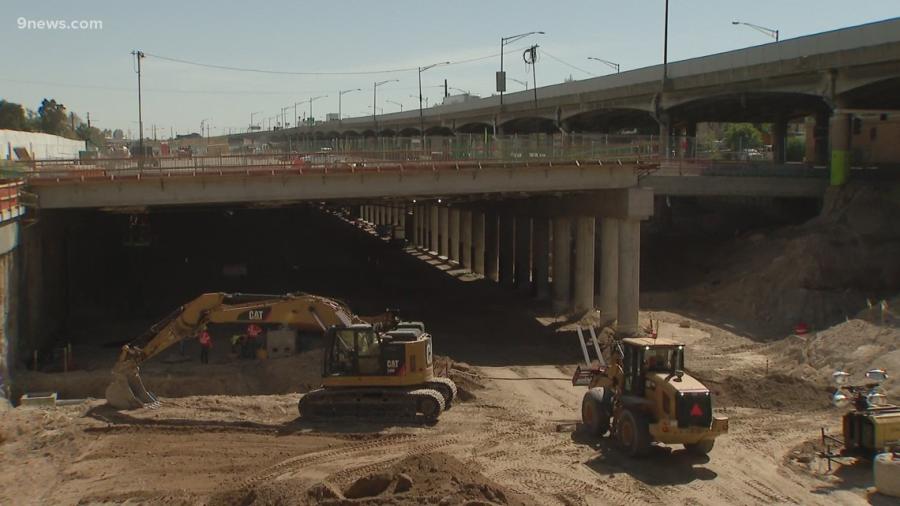 The Central 70 Project will reconstruct a 10-mi. stretch of I-70, add one new Express Lane in each direction, remove the aging 57-year-old viaduct and lower the interstate between Brighton and Colorado boulevards.

Crews from the Colorado Department of Transportation's Central 70 Project successfully demolished the 2-mi.-long Interstate 70 viaduct between Colorado and Brighton boulevards in four months, one month ahead of schedule.

"Safe, successful and timely demolition has been our priority since day one," said Bob Hays, CDOT's Central 70 project director. "The intricacies of conducting demolition in such a confined area close to homes and businesses were a challenge. But from careful planning and execution, the team completed another major project milestone and Denver's I-70 viaduct is now a thing of the past."

Since May, demolition statistics include:

"With the viaduct demolition happening just feet away from some of these businesses, we wanted to help encourage customers to continue to frequent these local shops and restaurants," said Central 70 Communications Manager Stacia Sellers. "In addition, Kiewit offered businesses cleaning services to combat dust, which is inevitable with any demolition activities."

With viaduct demolition now complete, crews will continue excavating for the future eastbound lanes of I-70 between Brighton and Colorado boulevards, which will mirror the current lanes motorists are traveling on today.

During the construction of these future eastbound lanes, traffic on I-70 through the lowered section will remain as is, with three lanes of traffic open in each direction of I-70 during peak travel times.

The future eastbound I-70 lanes are on track to open in 2022. At that time, four lanes of traffic (three general-purpose lanes and one express lane) will be open in each direction.

The Central 70 Project will reconstruct a 10-mi. stretch of I-70, add one new express lane in each direction, remove the aging 57-year-old viaduct and lower the interstate between Brighton and Colorado boulevards. For more information, visit central70.codot.gov.