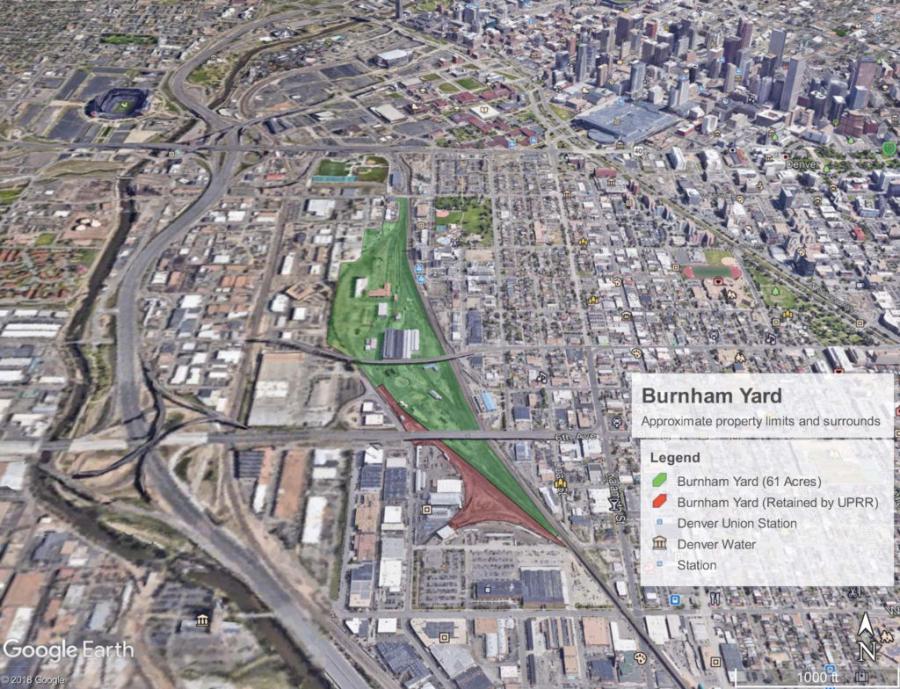 CDOT is looking to purchase a 61-acre parcel of land near downtown Denver. (CDOT photo)

The Colorado Department of Transportation (CDOT) is currently working with Union Pacific to potentially purchase a 61-acre parcel of land near downtown Denver.

The land is part of the defunct Burnham Yard, which was closed in 2016 as a reaction to a sharp decline in the number of coal carloadings in Colorado over a span of more than 10 years.

The Burnham Yard site had been around since the 1870s when it came into play as a part of the Denver & Rio Grande railroad's expansion southward from Denver. However, since neither the site nor the two dozen buildings within its boundaries are designated historic landmarks, Burnham yard was destined for sale as soon as it was shuttered.

CDOT Chief Engineer Josh Laipply explained that although a number of organizations are competing for the property, Union Pacific is interested in what they have to offer.

Key to CDOT's plans are early stage infrastructure improvements to I 25 in the area from downtown to Santa Fe Drive. The heavily traveled area is currently bordered by the Platte River to the west and a freight rail line to the east.

Gaining access to Burnham Yard would offer CDOT the possibility of moving the railroad right-of-way to Burnham Yard, which in turn would allow CDOT the space for numerous ways to improve I 25.

CDOT also is investigating several other possibilities as to what type of improvements would best serve the area, including realigning the freeway, moving lanes to the west of the Platte River and a double-decker design.

Other contenders for the space include companies seeking railroad access. One possibility would be for a Front Range Passenger Rail System. This would approach downtown Denver from the south. Another would be the Regional Transportation Department's light rail system, which would benefit from adding another set of tracks on the east side of Burnham Yard. The addition of tracks would alleviate delays and offer the possibility of increasing the railway's capacity in that area.

Residential development also is on the table for the property, as the area continues to experience an increase in urban renewal.

The city's community planning and development department stated that any new development over five acres is required to open a public input process, making the start of any projects on the property several years away. CEG