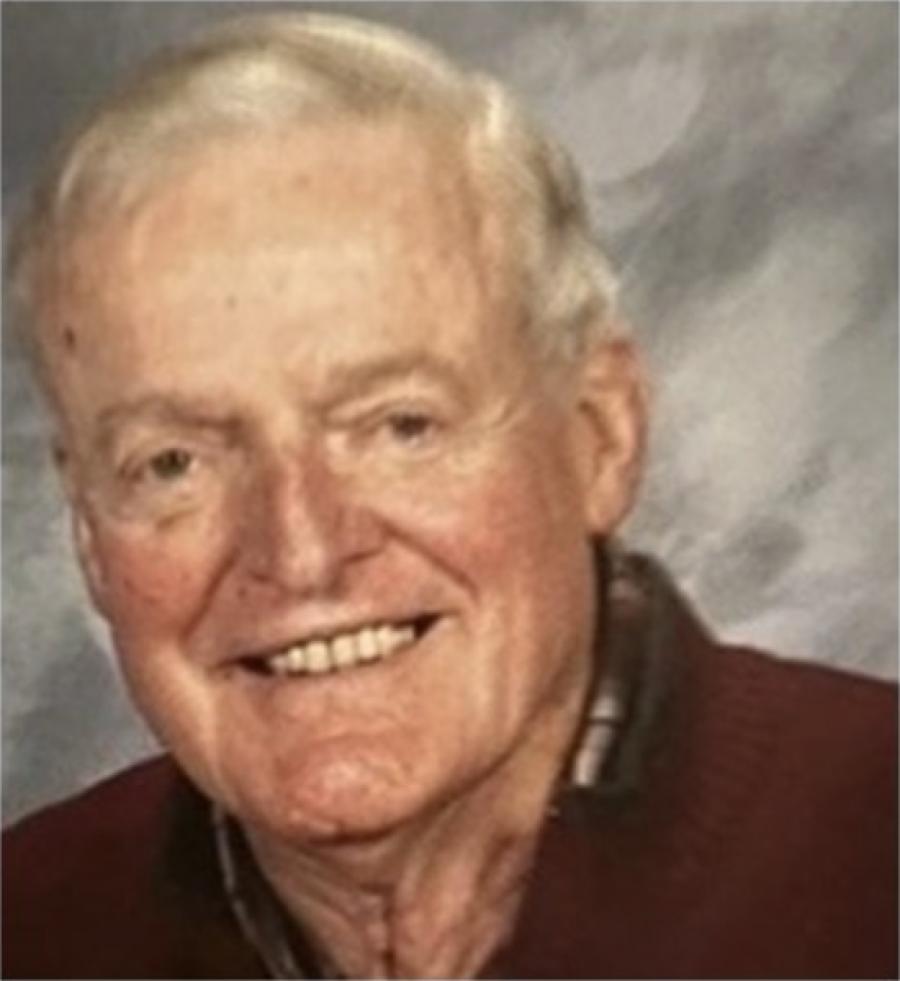 Peter R. Sigmund, of Ambler, Pa., died peacefully on Dec. 17, 2021, surrounded by his family at the Artman Assisted Living Community in Ambler, Pa. He was 91 years old.

Mr. Sigmund was the son of the late Paul and Marie (Ramsey) Sigmund and grew up in Wyncote Pa. He lived a life filled with family, friends and love and was known for being kind, humble, loyal and honest. He enjoyed the simple things in life, like a dip in the ocean, a walk in nature, good wine and a good meal. He loved traveling and exploring new cultures in countries such as Ireland, Italy, Spain, France, Israel and Colombia. His fascination with human interest stories opened him up to diverse people and nurtured his love of the world.

He also loved watching the Eagles and Phillies. After many years of pain, he witnessed the Eagles winning the Super Bowl LII in 2018.

He was employed by Sperry Univac as a technical journalist for more than 20 years, until his retirement in 1985. Over the years, Mr. Sigmund's news articles appeared in newspapers and magazines across the country. He was always looking for a story. He also served as public relations manager of Lindhult & Jones Agency from 1984 to 2001.

As a journalist, he covered the Apollo Lunar Landings and moon missions during the 1960s. He even ran on the beach with Astronaut John Glenn, attempting to get a "scoop" for the Newport News regarding space missions. Most NASA astronauts at that time knew him by name.

Mr. Sigmund also was a longtime editorial consultant and journalist of Construction Equipment Guide (CEG) for which he wrote incisive, biweekly news articles and features for more than three decades. Mr. Sigmund authored many standout features for CEG. These included:

"Pete [Sigmund] was a true journalist who helped shape CEG's content for many, many years," said Craig Mongeau, editor in chief of Construction Equipment Guide. "In fact, he still does. There isn't a moment today that I don't think about the kinds of stories Pete would write and how he would tell those stories. He knew how to connect with an expert readership through a conversational, engaging prose.

"He also was a trusted colleague to me. I relied heavily on him for story ideas and I always knew, whatever the story was, that he would be able to interview sources for them, which is never easy. It takes diligence, patience and a passion to tell stories for the readers, and Pete was the best I've ever known at doing this. The world of journalism has lost a great one and I will miss him greatly."

Mr. Sigmund's Catholic faith was central to his life. He attended St Joseph's Seminary from 1955-1956, to become a priest. However, in 1961, he began a fairy tale romance with the love of his life, JoAnn Smith, after they met at a Catholic young adult retreat. They were married in 1962 in Riverton, N.J. The reception was at 109 Bank Avenue, along the Delaware River. He had visited "109" many times, driving six hours from Newport News, Va., so he could see her. They were married 44 years before JoAnn died in 2006.

In 1966, he and JoAnn had their first child, Peter Jr. They would go on to have three additional boys and lived on Hendricks Street in Ambler, down the street from Saint Anthony of Padua Church, where he was a daily communicant, a member of the choir, the Grandfather's Club and the Bible Study group. He served as a member of the Knights of Columbus and the Men of Malvern.

For 20 years, Mr. Sigmund was an active volunteer and board member for New Jerusalem Now, a residential addiction recovery community that operates five houses in North Philadelphia. From the beginning, he worked closely with Sister Margaret McKenney and often used his skills as a journalist to publicize their work. He also brought a Christmas tree down to New Jerusalem every year to brighten everyone's lives. On learning of Mr. Sigmund's passing, Sister Margaret said "Pete was a dear, kind, loving person and a great help to us. We can all rejoice in a beautiful life well lived".

Mr. Sigmund was a 1947 graduate of St. Joseph's Preparatory School and graduated from the University of Pennsylvania in 1951. For decades, he consistently returned to Penn and his fraternity, Alpha Chi Rho, as a beloved participant in homecoming events and graduations. He led the graduation procession at Penn in 2019 as the oldest living alumnus in attendance.

Mr. Sigmund was preceded in death by his wife, JoAnn (nee Smith) in 2006. He is survived by his sons, Peter Jr. of Erdenheim, Pa.; Joseph P. and wife, Natasha, of Riverton, N.J.; James D. and wife, Jennifer of Brigantine, N.J.; and Mark N. and wife, Andrea, of Palmyra, N.J. He was the grandfather of Joseph, David, Mark and Joshua and an uncle to many nieces and nephews. He was the brother of Katy Pearce (Art Pearce) of Ithaca, N.Y., and Mary Ann Wenniger of Gloucester, Mass., and was brother-in-law to Ruth Sigmund of Blue Bell, Pa. He was predeceased by brothers Paul Sigmund of Princeton, N.J.; John Sigmund of Blue Bell, Pa.; and his sister, Louise Regan of Oreland, Pa.

A funeral mass was held Dec. 28 at St. Anthony of Padua Church in Ambler. Interment was at Calvary Cemetery in West Conshohocken, Pa.

Tributes and photos may be shared at www.UrbanFuneralHome.com.