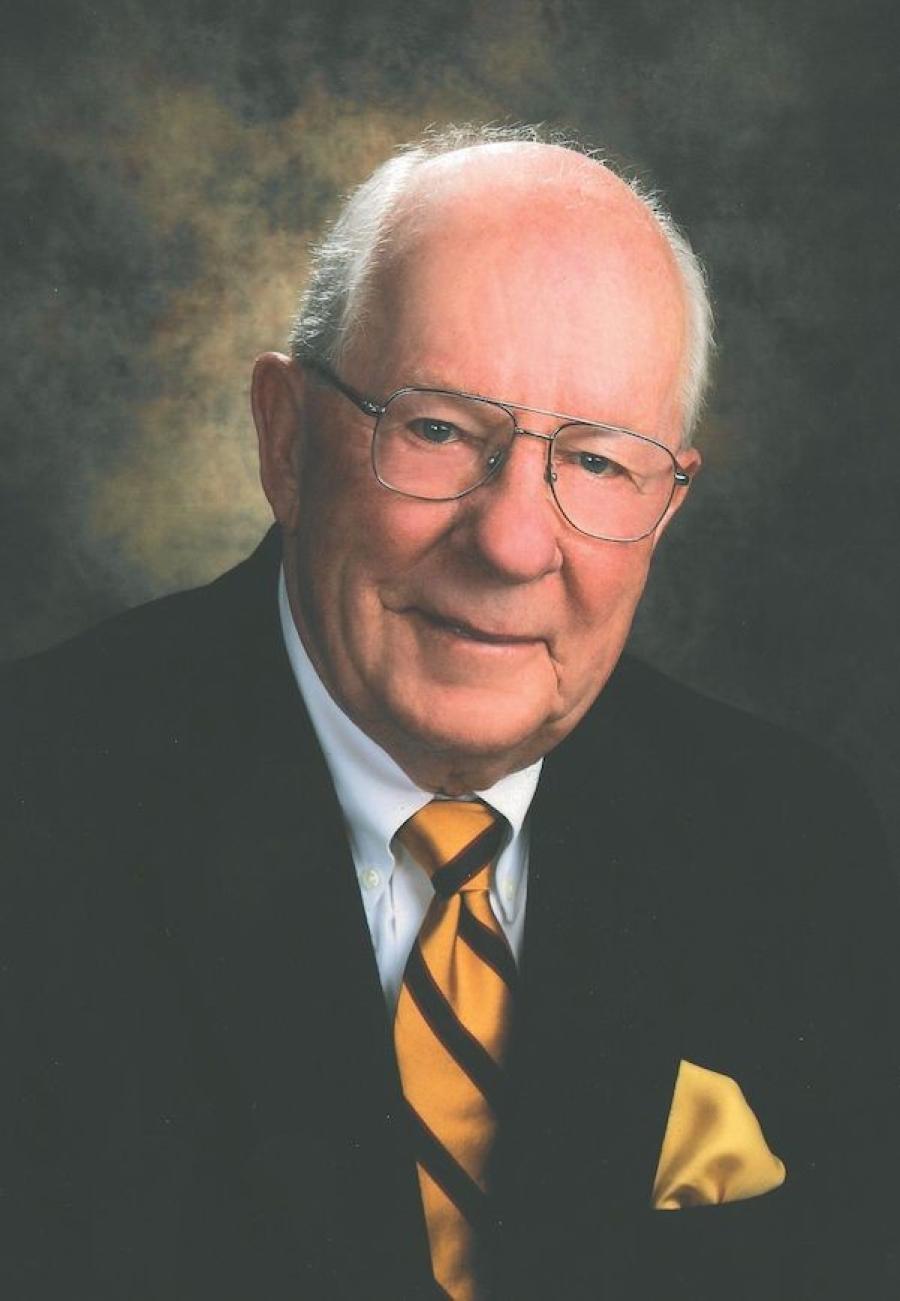 Mr. McKeon was born in Philadelphia on Jan. 17, 1930, and was the eldest child of the late Edwin A. and Mary Houlihan McKeon. He was raised in the Mount Airy section of Philadelphia and graduated from Holy Cross Catholic Grade School. He was a graduate of St. Joseph's Prep (1947) and St. Joseph's University (1953). Upon graduation, he enlisted in the U.S. Marine Corps OCC program and proudly served his country as a Marine for nine years, rising to the rank of captain.

On St. Patrick's Day 1954, Mr. McKeon married the love of his life, Joan Gallagher McKeon; they enjoyed more than 65 years of marriage until Joan's passing in 2020. Mr. McKeon was the proud father of five children, 10 grandchildren and four great grandchildren.

While starting their family, the McKeons also were getting a new business running. In 1957, 27-year-old Mr. McKeon was working for his father-in-law, who owned Roxboro Cinder Co. in Philadelphia. The company needed to update its equipment and put Mr. McKeon in charge of the search.

Local newspapers published special sections on equipment on Sundays but didn't meet the market's need. And thus, an idea was born for a publication that circulated in the construction industry that would be a big motivator between buyer and seller.

Mr. McKeon took his idea of a shopper-type publication, and with the help of Gene DiMezza, started Construction Equipment Guide in his Pennsylvania home. The first issue, in May 1958, was all construction equipment ads. Editorial didn't appear in the papers until 1970. By the mid-1980s, CEG was publishing articles describing the history, growth and products of equipment dealers and manufacturers.

After laying out the pages and pasting them up in the rec room, that first issue was printed on both sides of a single black-and-white 11-in. by 17-in. flat, which folded to make four pages. It was then addressed and mailed from his house to about 10,000 dealers, contractors and other construction people in the Delaware Valley area. Names came from personal contacts, directories, telephone books and other sources. Mrs. McKeon typed up the bills on a portable typewriter, purchased from a neighbor who sold typewriters.

As the business and family grew, the publication began its odyssey to a series of new locations, all providing more space: in 1959, CEG moved from the McKeon rec room to part of a building in Willow Grove, Pa., owned by Walter Blair, who had taken over the printing. In 1960, CEG moved again, to half of a twin home, also in Willow Grove. This provided about 2,000 sq. ft. of space. The next big move was in 1966, when Mr. McKeon purchased a three-story office building in Glenside, Pa. The publication would stay there for 20 years before moving in 1988 to a more-spacious one-story former printing company building, also in Glenside, Pa. Today, CEG is published out of its 22,500 sq.-ft. office building in Fort Washington, Pa.

That same year, CEG also began its expansion to a nationwide publication when it published its Southeast Edition. It then began publishing a Midwest Edition in 1994, a Southwest Edition in 1999, and a Western Edition, which includes Alaska and Hawaii, in 2005.

CEG purchased Superintendent's Profile magazine in 2003. This monthly publication profiles a specific New York State highway superintendent or public works commissioner in each issue. Further strengthening the business, in March 2007, CEG purchased the assets of Contractors Equipment Guide. Previously a competitive publication in New England, it is now a biweekly supplement to the Northeast Edition.

Throughout his long career in the industry, Mr. McKeon was for decades a recording secretary for the Delaware Valley Associated Equipment Distributors, a member of the national AED organization and an active member in many other industry associations.

Today, CEG is managed by Mr. McKeon's sons, Ted, Joe and Richard McKeon, and his grandson, Edwin "Teddy" McKeon III, the third generation of the family to begin making his mark on the business.

"Our father was a true entrepreneur … a visionary who identified a need in the construction industry and set out to fulfill it," said the McKeon family. "But he was never complacent. Although CEG had become and remains very successful, he was always thinking of new ways to grow the publications, to further develop content and to evolve to continue to better serve readers and advertisers."

"He was deeply passionate about CEG and he expected the same passion and dedication for the publications from everyone at the company," Ted McKeon, president of Construction Equipment Guide, added. "He was like a tough coach where he thought that you could always be better today than you were yesterday. He could see potential in us and all CEG team members that we couldn't always see in ourselves. He knew what he wanted and it was a pleasure to help him achieve those things.

"Among his most important achievements was that he founded and built CEG on relationships," McKeon added. "And this principle remains as vital today as it did back in 1958. My father's customers became his lifelong friends. How we treat our advertisers and readers today is completely directed and influenced by how he treated people … with respect and gratitude. Everyone at CEG will greatly miss him."

A funeral Mass will be held at St. Philip Neri Catholic Church in Lafayette Hill, Pa. Interment will follow at Holy Sepulcher Cemetery.