CEG writer Giles Lambertson takes a closer look at recent claims by coal executives about the rollback on regulations affecting the industry. 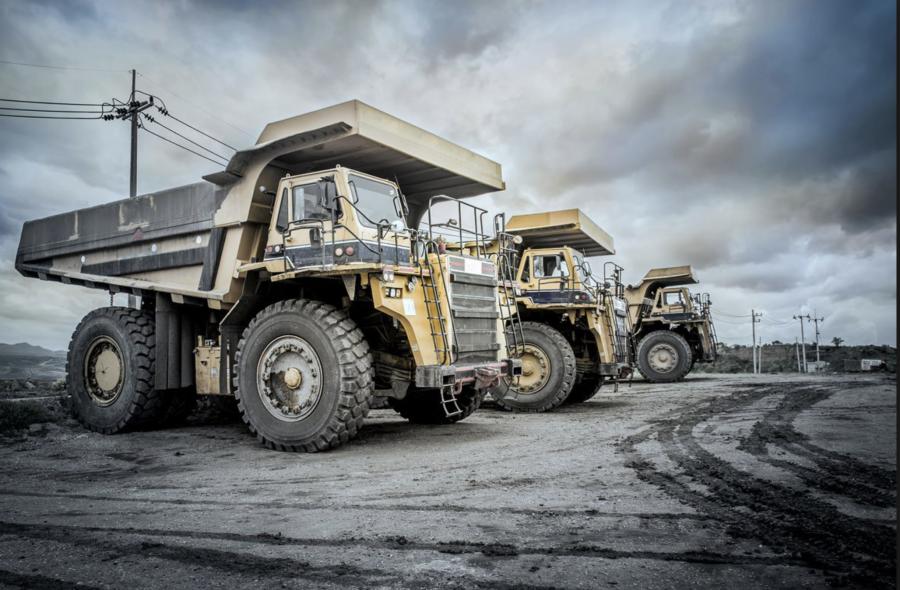 Robert Murray says President Donald Trump's roll-back of coal industry regulations will bring back thousands of coal jobs. While he could be right, his view is not exactly unbiased. Murray is CEO of Murray Energy, which is billed as the largest coal mining company in the U.S., employing 6,000 people and mining 65 million tons of the energy commodity each year.

Yes, with fewer regulations, coal might regain its footing as a viable domestic energy source and a reliable employer of tens of thousands of people. It might do so with minimal damage to America's air and water resources. But the situation is not as simple as that. The coal industry is unlikely to reclaim its ascendant role in energy production nor recover all the jobs lost in recent years. Several determining factors will tell how much bounce actually occurs.

<strong>Regulations and Rules – Some History</strong>
The real argument about regulating coal production is about the role of regulations. Strict regulation of American coal mining is argued as necessary for the safety of coalminers and of the environment. There is little dispute about that. However, opponents of the industry's regulations argue that some rules are not protective—they are, in fact, punitive and designed to destroy the industry.

Rules and regulations imposed since the recession have been both. A prime example is the Interior Department Stream Protection Rule announced just last December, a month before the Obama administration turned over its rule-making authority. The rules required coal companies to "avoid mining practices that permanently pollute streams, destroy drinking water sources, increase flood risk and threaten forests." Companies were told to monitor any stream that could be affected by a mine "before, during and after operations."

The administration called it a "modern and balanced approach" to protecting streams. West Virginia Democratic Sen. Joe Manchin III begged to differ. He called the 1,648-page rule "very alarming in its scope," and said the methodology of the rule-making was "flawed and lacked transparency." Manchin has coal-mining constituents, of course, but he was not the only critic of the regulation: This year, the House and Senate employed the Congressional Review Act for only the second time in history to rescind the rule.

The stream protection regulation was part of what came to be called President Obama's "war on coal." The term was first used in 2009 and, by 2012, had become part of the presidential election campaign: Days before the 2012 vote, the Republican House passed a Stop The War On Coal Act, with the help of 19 Democrats. The Democratic-controlled Senate ignored it.

It is interesting that President Obama entered the White House popularly seen as a friend of the coal industry. "This is America," he said at a 2008 election rally in Virginia. "We figured out how to put a man on the moon in 10 years. You can't tell me we can't figure out how to burn coal that we mine right here in the United States of America and make it work." Ultimately, his administration apparently concluded that not burning the stuff was the best option of all.

Cap-and-trade auctions were announced in 2009—the process by which limits on coal-burning smokestack emissions are imposed, bartered among industries, and systematically tightened. Then the EPA made its Clean Water Act more stringent for areas near mines. Not far behind these regulations were a cross-state air pollution rule banning pollution of areas downwind from a plant and reduced limits on mercury and carbon dioxide emissions.

It is noteworthy that not all of these ideas originated in the Obama administration. The administration's clean air interstate rule was another iteration of a regulation authored by the George W. Bush administration and shot down by courts, which ordered a new one. The Bush rule, in turn, was a successor to one enacted during the presidency of Bill Clinton. Similar genealogy of rule-making is evident for other Obama-era rules, most of them originating in clean air and EPA thresholds established in the 1970s.

<strong>Ideology and Coal</strong>
The difference was that Barack Obama was ideologically receptive to imposing stricter limits on coal mining operations and did so with few evident qualms about the impact of the rules on local economies. The Trump administration is less ideologically pure. The new president seems to prefer a more pragmatic—and populist—response to coal mining, aiming to incorporate it into the country's energy future rather than to eliminate it.

This mindset naturally is heartening to the coal industry—and to industries that serve it, including heavy machinery manufacturers. Caterpillar, which is reputed to be the largest manufacturer of mining machinery in the world, has struggled in recent years because of a slowdown in mining investments worldwide. But its stock jumped two percent recently on the strength of its management's focus on getting a better return on its investments and its "exposure to under-invested machinery markets in the early stages of recovery."

For similar reasons, Komatsu America just completed acquisition of Joy Global, the maker of P&H and Joy products for surface and underground mining. The mining equipment market clearly is strengthening around the world.

Yet the only reason the new administration can boldly roll back executive orders and agency edicts—notably few anti-carbon standards in recent years have been legislated—without thunderous political disapproval from Main Street America is because latest generation rules seem to have nebulous effects on the environment. They are sweeping and costly, yet produce negligible environmental results.

A center-right non-profit called American Action Forum toted up the cost of the Obama administration's Clean Power Plan that pressures states to shut down coal plants: $1 trillion in lost productivity, 125,000 lost jobs, and dramatic increases in the cost of electricity. Meanwhile much of the rest of the world—including, of course, China—would push ahead economically, more than offsetting cleaner air produced by straitened industries in the U.S.

Here's corollary evidence from another segment of the energy industry: An SMU professor testified to Congress last year that methane emissions from domestic oil and gas have dropped 15 percent over the last 25 years, though production has skyrocketed. In other words, the industry is becoming dramatically more efficient. Nonetheless, the EPA asked for more stringent rules.

<strong>Natural Gas – The Rival Fossil Fuel</strong>
At least as threatening to coal mines as government regulations is natural gas. It is the coal's rival for generation of industrial power. Its dramatic increase in availability comes from mushrooming fracking activity around the country over the last decade. The underground cracking open of oil deposits and horizontal drilling techniques that reduce the surface footprint of wells have created new pools of recoverable oil and gas, which have only begun to be tapped. That industry leaders have proven to be fast learners of best practices and cost-effective procedures ensures production will continue for many years to come.

This is the chief reason the share of electricity produced by coal has fallen over the decade from 50 percent to 33 percent. PeaBody Energy declared bankruptcy last year. So did four other U.S. coal companies. The burdensome regulatory regime certainly is one reason for the business failures; fracking is the other. Renewable energy sources like solar also are a factor, but a relatively minor one.

So even if the regulatory outlook for coal mines is suddenly brighter, abundant supplies of natural gas still will compete with coal for market share. While fracking operations have environmental threats hanging over them, too, especially in respect to ground water, the problems seem more easily remedied. Coal companies surely cannot count on environmentalists shutting down fracking.

The wild card in all this is technology. In 2015, a power plant in Canada announced it was capturing 90 percent of the carbon that otherwise would have exited its smokestacks during burning of coal and repurposing it as fuel. Hundreds of thousands of metric tons of carbon dioxide were being captured. The Boundary Dam power plant is powered by brown coal, however, not the more energy-rich black bituminous coal that U.S. producers mine. Even so, the technology may be adaptable to coal burned in this country.

On another front, a coal company called Ramaco Carbon is opening a new mine in Wyoming, which is either an act of faith in the future or a foolish move. What makes the opening interesting is that Ramaco also is building a research center to develop new and better products for mined coal. "We're trying to come up with, frankly, a different idea that will ultimately result in an alternative use for coal, which would not necessarily burn it," says Ramaco CEO Randall Atkins. The first alternative product the company research team will focus on is coal-derived carbon fiber for use in construction of lightweight cars.

A new mine also is opening in Pennsylvania, but for a different reason. Corsa Coal Corporation's new mine will produce 400,000 tons of metallurgic coal. That is, its production will go to the manufacturing of steel, whereas 95 percent of coal mined in the U.S. is thermal coal, which is burned for energy. This is the point: Corsa is opening the mine to take advantage of the Trump administration's declared intent to increase infrastructure projects, which means an increase in steel production for bridge components and rebar.

Coal mining seems to have a future. Just what that future is isn't exactly clear. As Murray predicts, tens of thousands of coal workers may report back for work in the next few years, but surely not all of them.