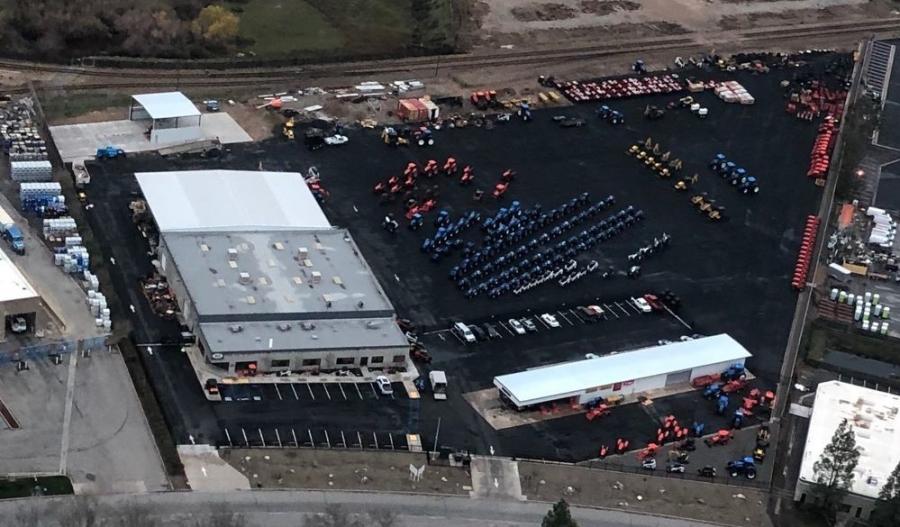 From the founding of Berchtold Produce in 1910 to a modern day mainstay in the equipment business, the Berchtold story is one of longevity and growth.

The company's founding father, Joseph Berchtold, started by merchandising hardware and produce, but that venture quickly expanded to a newer market, selling farm implements and tractors.

Nearly 10 years after establishing his business, Berchtold needed a much larger facility so he arranged the construction of a new office, one block away from its original location, at 330 E. 19th St., Bakersfield, Calif., in 1919. This became the company headquarters for the next 100 years, where the company is now known as Berchtold Equipment Co.

But like all good things, sometimes change is necessary. Needing to update and modernize its facility, the Bakersfield office was relocated to its newest location at 3000 Pegasus Dr. (Bakersfield) on Dec. 16, 2019. This new location sits on more than 10.5 acres and houses a 29,000+ sq. ft. facility. The larger space allows the inclusion of several new service bays and technicians. Almost immediately, they experienced an increase in demand and growth in business.

Today, Berchtold has three locations: Bakersfield, Delano and Santa Maria, and serves Kern County and the surrounding areas. Starting as a single-line dealer more than a century ago, they have now become a multi-line Ag and construction dealer for New Holland, Kubota, Bobcat and Doosan and more.

Berchtold Equipment Co. is currently owned and operated by third-generation Mark Berchtold and wife Beth. They have grown the business to three large retail locations and service 7 counties.

The company is planning a 110-year celebration to mark the company's success (date to be announced).

In the meantime, follow more news about the company on its social media accounts to stay up to date on announcements and deals: