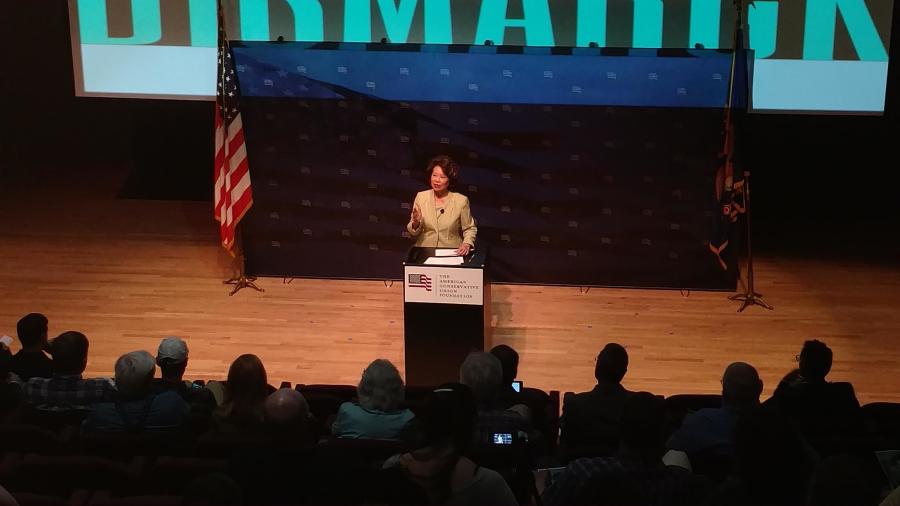 Chao joined Sen. John Hoeven, Congressman Kevin Cramer and others to talk about technology, energy, and the need for safe infrastructure, West Dakota Fox News reported. According to Chao, the Trump administration is making an effort to take a backseat so states can take charge.

“They understand the state,” said North Dakota Gov. Doug Burgum in response to Chao's comments. “They understand the important role the state is playing and when they're here, they're willing to listen. It's great to have an administration that cares about states and listens to them and wants to empower the states to make decisions locally.”

Chao also addressed how the state is setting an example for the rest of the country with both energy production and security, West Dakota Fox News reported. In addition, Chao talked about handling older infrastructure and researching cutting-edge methods to utilize drone technology.

“New technologies will increasingly transform the way in which we move and connect with one another,” said Chao.

Gov. Burgum said, “We're no longer fly over country for this administration. People are coming, they're listening and they know North Dakota's got an important role to play, particularly in energy and agriculture. It's great that we're building these relationships because they can really help us clear the path.”