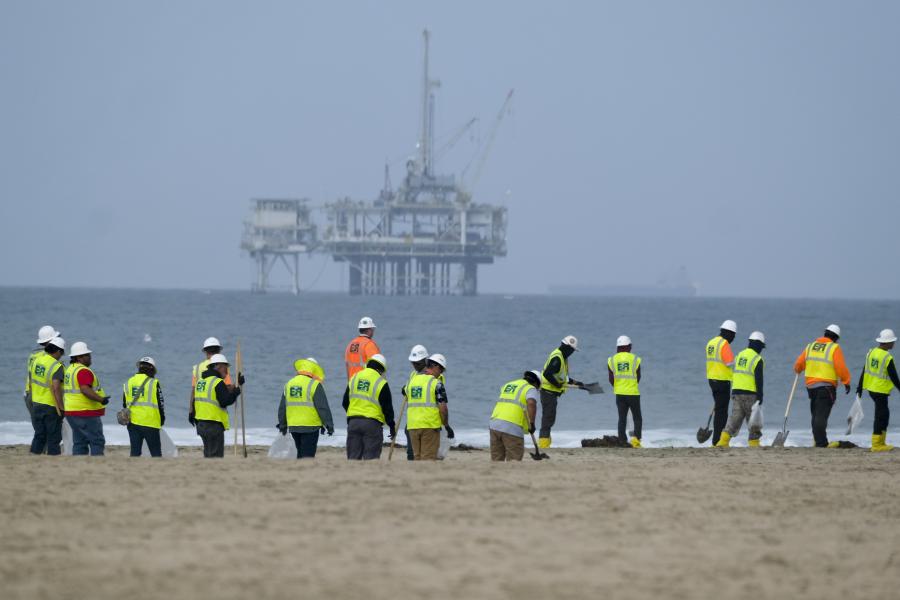 The U.S. Army Corps of Engineers granted the approval to Amplify Energy Corp., clearing the way to rebuild the aging pipeline that burst months after it was apparently weakened when it was snagged by the anchors of ships adrift in a storm. (Center for Biological Diversity photo)

LOS ANGELES (AP) A Texas oil company was granted permission to repair an underwater pipeline that ruptured off the coast of Southern California a year ago, spilled tens of thousands of gallons of crude and forced beaches and fisheries to close.

The U.S. Army Corps of Engineers granted the approval to Amplify Energy Corp., clearing the way to rebuild the aging pipeline that burst months after it was apparently weakened when it was snagged by the anchors of ships adrift in a storm.

The Oct. 1, 2021, rupture spilled approximately 25,000 gal. of oil into the Pacific Ocean, closed miles of beaches for a week, shuttered fisheries for months and coated birds and wetlands in oil.

Crews from the Houston-based company will rebuild the pipe running from an oil rig off Huntington Beach to tanks in Long Beach.

Amplify said the approval will allow it to remove and replace the damaged segments of pipe from the ocean floor. 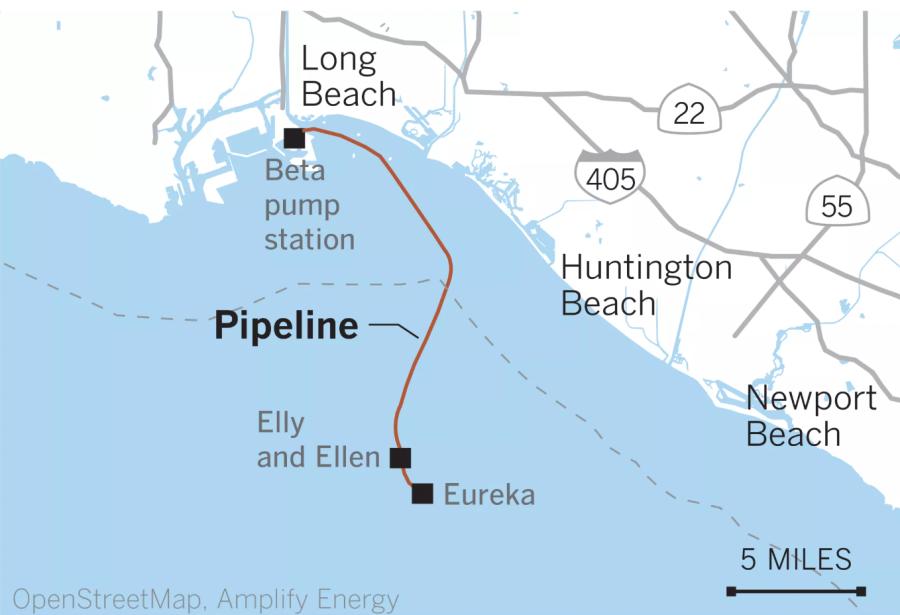 It estimated the work would take up to a month after a barge is in place. If it passes a series of safety tests after being fixed, the company said it expected to begin operating in the first quarter of 2023.

Environmentalists who want the pipeline shut down criticized the permit approval and renewed calls to put an end to offshore oil operations.

"The Biden administration just ramped up the risk of yet another ugly oil spill on California's beautiful coast," said Brady Bradshaw of the Center for Biological Diversity.

"Unfortunately, people living near offshore drilling infrastructure are all too familiar with this abusive cycle of drill, spill, repeat."

The environmental group sued the federal government for allowing the platform where the pipeline originated to operate under outdated plans that indicated the platform should have been decommissioned more than a decade ago. The lawsuit also said the Bureau of Ocean Energy Management failed to review and require plan revisions, despite the spill.

Amplify contended that the spill wouldn't have occurred if two ships hadn't dragged their anchors across the pipeline and damaged it during a January 2021 storm. It said it wasn't notified about the anchor snagging until after the spill.

While the size of the spill was not as bad as initially feared, U.S. prosecutors said the company should have been able to turn off the damaged line much sooner had it recognized the gravity of a series of leak-detection alarms over a 13-hour period.

The first alarm sounded late on the afternoon of Oct. 1, 2021, but workers misinterpreted the cause, according to the federal plea agreement.

When the alarm sounded throughout the night, workers shut down the pipeline to investigate and then restarted it after deciding they were false alarms. That spewed more oil.

It wasn't until after daybreak that a boat identified the spill and the line was shut down.