Chicago Bridge Construction Back on After Spat Between City, State 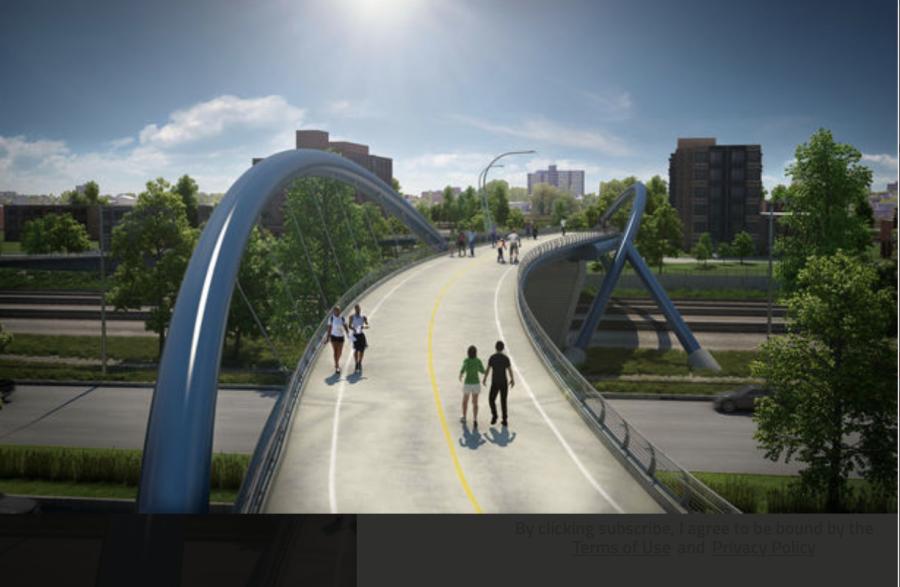 The multi-million dollar project would connect pedestrians and cyclist with Chicago's lakefront property.

After construction for the 41st Street and Lake Shore Drive pedestrian bridge was halted, city officials are saying it's back on.

"We hope to begin construction later this spring as had been planned, but there isn't an official start date yet," Michael Claffey, a spokesman for the Chicago Department of Transportation, said Monday.

The project was halted after the state refused to contribute an additional $2 million to the project after it came in over budget, according to the Tribune, which first reported the hold-up.

"The commissioner was speaking at the City Club today and said we plan to proceed," Claffey said, adding that other funding was found to "make up the shortfall" for the project.

While initial estimates pegged project costs at $23.2 million, the lowest bid received in January was $28.7 million, the Tribune reported. The majority of funds, $18 million, were to come from the federal government, with the state picking up much of the rest.

“The mayor cannot blame the state for his ... mistake" in underestimating the costs, IDOT Secretary Randy Blankenhorn said in a statement earlier this month.

But city officials accused the state of holding up the project for political reasons and said the higher budget was typical for projects like these.

"This kind of change in the budget is quite common for unique projects of this type," Claffey at the time. " ... We are concerned it's being held up for political reasons."

Last year, the city billed the bridge as a companion to the pedestrian bridge being rebuilt for $22 million at 43rd Street and said it would give residents "a lot more access to Chicago's beautiful lakefront."

The project, which was scheduled to take 1½ years to complete, is part of a major revamp of five pedestrian bridges on the South Side.

The 41st Street bridge would have a park at its base, according to the city, and ramps for bicyclists, people who use wheel chairs and emergency vehicles.