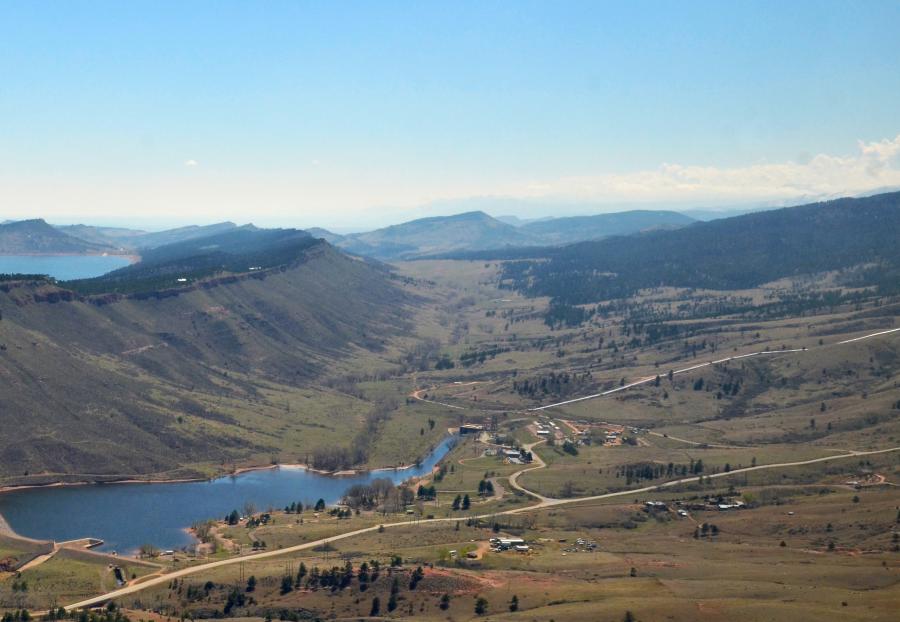 The future of the Chimney Hollow site has been debated for 15 years. Designs are currently awaiting approval.

After 15 years in the planning stages, a new dam project in Colorado may be underway by the end of the year. Designs created by Stantec for the 360-ft. tall, 3,500-ft. long dam at the 90,000-acre Chimney Hollow Reservoir in northern Colorado were finished in early June and will next be sent to the state engineer for approval. The dam will be only the second dam in the United States with an asphalt core. The first was completed this year in Arizona.

"It's an interesting dam," said Jeff Drager, project manager of the Northern Colorado Water Conservancy District (NCWCD). "It's not the tallest in Colorado, but it will be one of the top five in the state. The unique thing is that our site has a lot of rock underneath it, but very little earth so the dam is built with rocks we are going to quarry out of the side of the mountain. To keep the dam from leaking, we're using an asphalt core. The asphalt is a vertical wall in the middle of the dam. Typically on an earth-fill or rock-fill dam they will put clay in the center. That keeps water from leaking because clay is impermeable. Our site does not have enough clay to do that."

"The asphalt core has been used in Europe for the last 50 or so years," Drager said. "There are also a number of them in South America, China and Canada."

The asphalt used in the dams is a bit different than asphalt used on roads because it has a higher tar content. It's also made with a very precise mix of asphalt with the sand and rock inside the asphalt.

"It becomes an impermeable layer," Drager said. "Because it is buried inside the rock, it doesn't have freezing or thawing like roads do. It's unique from road asphalt, but not totally different." 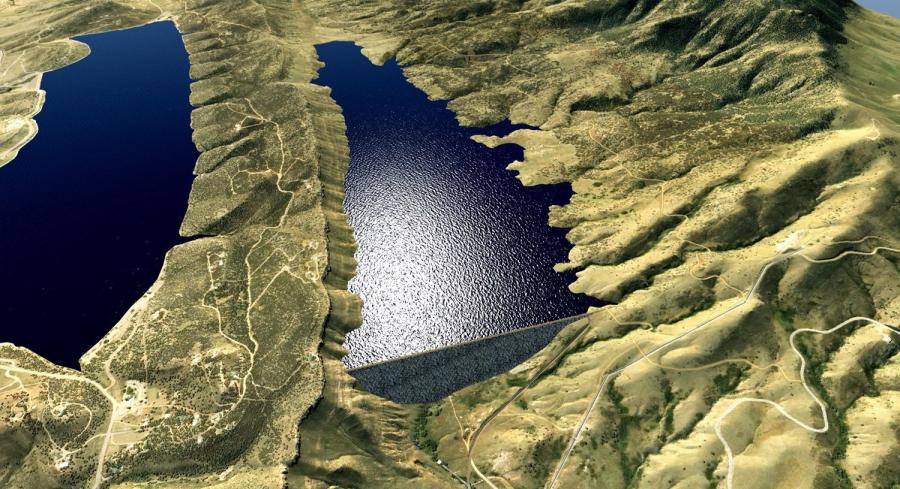 "It's also more pliable than regular asphalt," said Jeff Stahla, spokesperson for the NCWCD. "If you use the asphalt mix that we're using in the dam on a parking lot, it would look beautiful the first day. But when anyone drove on it would create permanent ruts. With street asphalt, you get a pothole because it cracks and breaks. This is viscous and has more bend to it."

The asphalt core will be laid with a modified paving machine in layers about eight inches thick, one on top of the other. The contractor winning the bid — five of nine applying have been determined to be qualified — will be required to work with one of two European contractors who are experienced at building the asphalt cores.

"The dam will be an off-stream dam, fed by water pumped in from another source. It's a more environmentally-friendly approach because it doesn't impact the waterway or the habitat," Drager said. "This a more common technique now. Fifty years ago, they built all dams on main streams but they don't do that anymore."

"The construction also will have less impact on nearby local roadways because the rock will come from the site and the heavy equipment that will be used over the three to four years of the project will be operated within the footprint of the reservoir," Stahla said.

The project has been held up by a law-suit from opponents who argue that the permit should not have been issued, but Drager doesn't believe the case has merit.

"If a judge did rule in the opponent's favor, it would be on a technicality that the conservation district could correct and move forward as planned," he said.

And although the project still has opponents, the long years of waiting also won some of those to the conservation district's side.

"We've been in this permitting process for 15 years, which has taken forever," Drager said. "Over that time we have developed relationships with the entities that used to be in opposition and are now in favor. We've developed working relationships with them. We're implementing mitigations for taking water out of the Colorado River and have worked with opposers to come up with a plan we could all live with." CEG