The world’s highest bridge has officially opened in southern China. 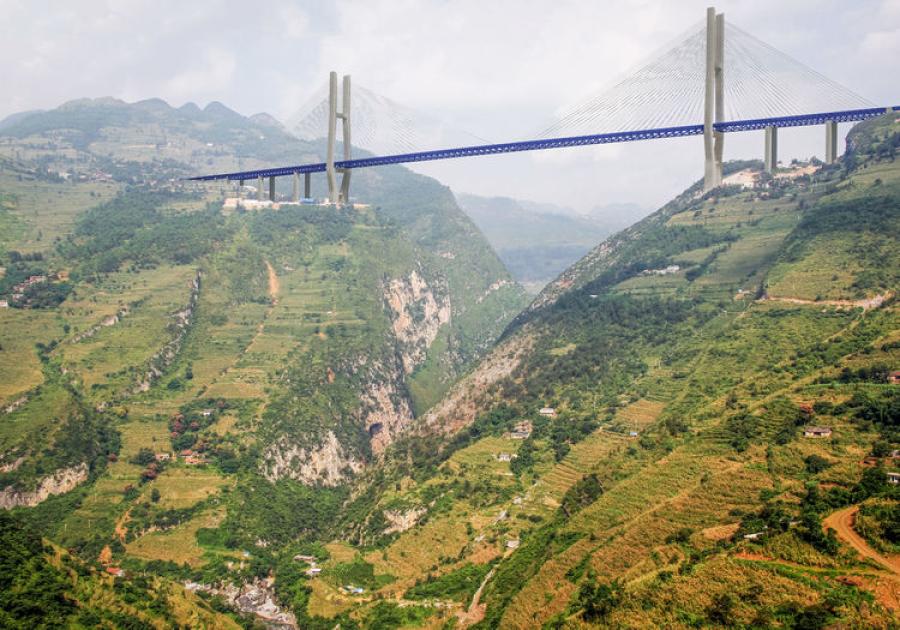 The bridge was designed to shorten the distance between Xuanwei and Shuicheng County, a journey which, by car, takes over four hours.

The world's highest bridge has officially opened in southern China. Following a three-year construction, the Beipanjiang Bridge, located in the southern province of Guizhou, is officially open for business, the China Central News (CCTV) reported Dec. 29.

Shortly after the bridge's opening, traffic engulfed the large bridge as commuters and sightseers alike sought to cross the world's highest bridge. The massive structure stands at an impressive 1,854 feet (565 meters) above a valley gorge, with a 4,000-foot (1,341-meter) span and runs with four lanes. The bridge crosses directly above the Beipanjiang valley, BBC News reported. The bridge is now the tallest bridge erected since the Sidu River Bridge, located in the Hubei province of China, which stood at 1,500 feet.

The cost of constructing such a marvel was not cheap, however. The bridge cost around $140 million to construct, according to the Chinese news outlet.

The engineering and placement of the bridge was an enormous undertaking. The gorge the bridge crosses was so deep that the structure had to be able to withstand a “strong wind field,” according to a deputy chief engineer at CCCC Highway Consultants Co., LTD.

The province of Guizhou already boasts seven of the 10 highest bridges in China, CCTV reported.