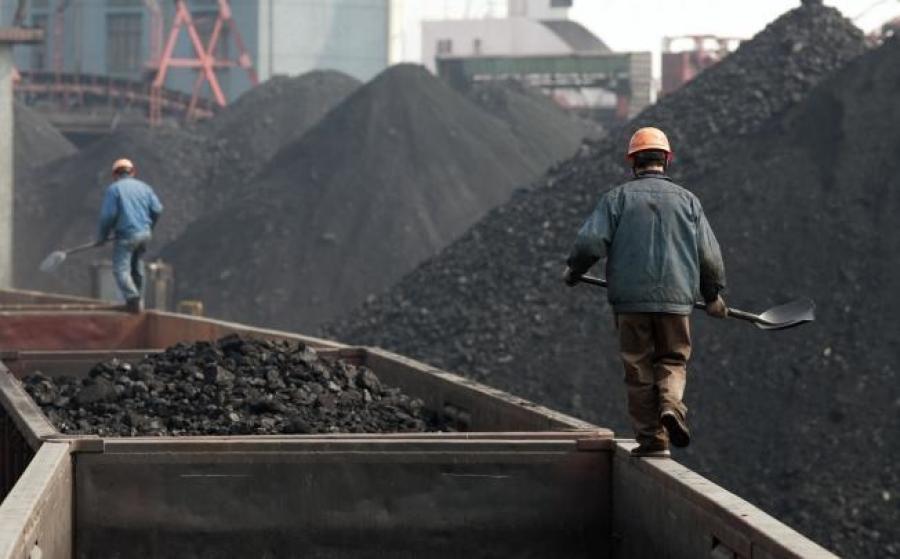 As the world’s second-largest economy, China is the top emitter of man-made carbon dioxide emissions.

China's consumption of coal fell in 2016 for a third year in a row, official data showed Feb. 28, as the world's top carbon polluter has emerged as a global leader in addressing global warming.

The National Bureau of Statistics said the consumption of coal, a major source of heat-trapping carbon dioxide emissions, fell by 4.7 percent last year, according to preliminary calculations.

The bureau said the share of coal in China's total energy consumption mix fell to 62 percent in 2016 from 64 percent the year before. A revised figure in the China Energy Statistical Yearbook put the 2015 figure at 63.7 percent, but the February report referenced the preliminary figures reported last year.

While China is the world's biggest consumer of coal, its consumption levels have dropped as economic growth slows to its lowest level since 1990. With its major cities gripped by choking air pollution, China has also aimed to reduce coal usage in favor of natural gas and renewable energy including hydro, wind and solar power.

Directives in January from the National Energy Administration ordered the cancellation of about 100 coal-fired power plants planned across the country. Construction had already started on some.

As the world's second-largest economy, China is the top emitter of man-made carbon dioxide emissions, with the globe's leading economy, the United States, in second place.

China's tackling of climate change in collaboration with the United States under President Barack Obama was touted by Beijing and Washington as a bright spot in a relationship beset by trade and security tensions. Crucially, the two countries joined last year to endorse the landmark Paris Agreement on climate change.

That limited partnership has now grown uncertain under new President Donald Trump, who has called climate change a Chinese hoax and pledged to reverse Obama's efforts to curb emissions from coal-fired power plants.

Trump said during his campaign that he would “cancel' the Paris Agreement and withdraw American tax dollars from U.N. global warming programs.

Greenpeace said an analysis of data from the National Energy Administration showed an expected “significant drop' in China's CO2 emissions of 1 percent this year, in what it said would be the fourth consecutive year of zero growth or a decline.

The decline “reinforces China's growing status as a global climate leader, and sends a strong signal to U.S. President Trump that his dirty energy agenda will send the American economy in the wrong direction,' Greenpeace said.

“The two reasons why global emissions have been stable for the past three years are no growth in China and rapid fall in emissions in the U.S., so that really shows what can be accomplished when these two countries work together,' Myllyvirta said.

China's decline in coal use, however, did not signal an overall drop in energy consumption. The country's total use of energy rose by the equivalent of 4.36 billion tons of standard coal, an increase of 1.4 percent over the previous year, the statistics bureau said. Consumption of crude oil increased by 5.5 percent and natural gas by 8 percent, the bureau said. Overall consumption of electricity from all sources rose by 5 percent, it said.

Consumption of renewable sources accounted for 19.7 percent of the total energy mix, up 1.7 percent from the year before. While solar and wind power are growing more prominent, most renewable energy comes from dams whose environmental impact is beginning to draw more attention. China has suspended approvals for new hydroelectric projects in the mountainous southwestern province of Yunnan following concerns about the impact on the local ecosystem.

Meanwhile, production of coal fell by 9 percent to 3.41 billion tons last year. China has for years been closing smaller, less efficient and more dangerous coal mines in a bid to boost productivity in the sector. —AP