A major heavy equipment manufacturer based in China is looking to expand westward to the United States — with help from a dealer in Utah. 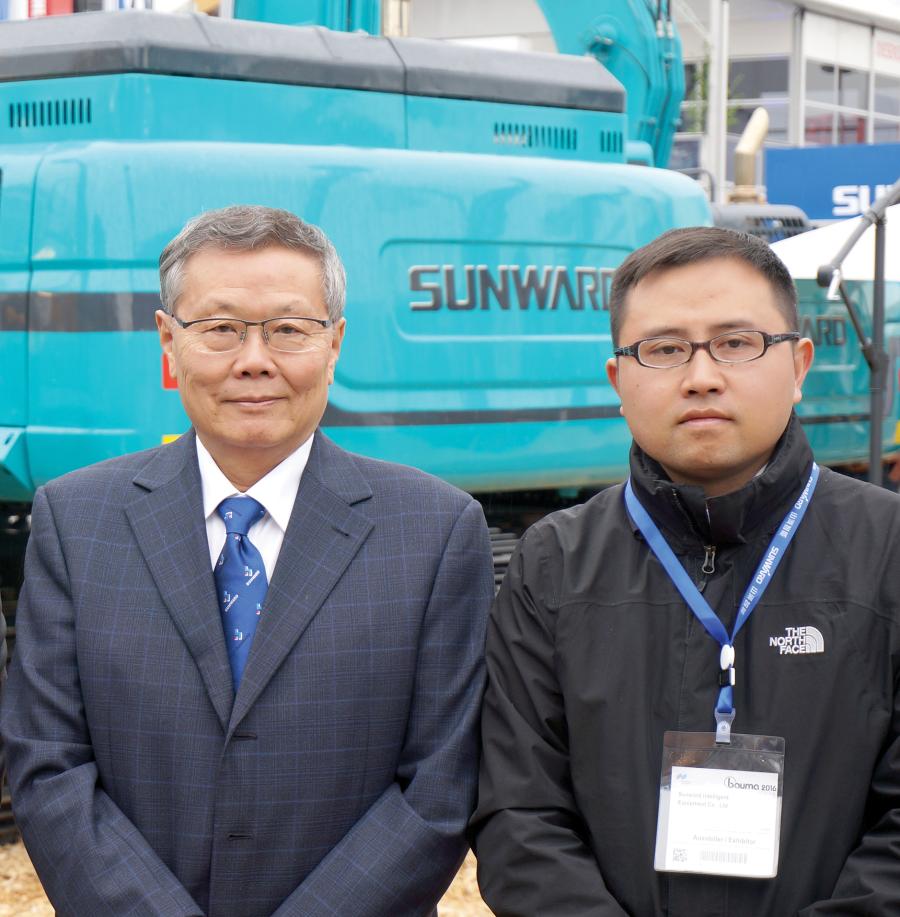 A major heavy equipment manufacturer based in China is looking to expand westward to the United States — with help from a dealer in Utah.

Sunward Equipment Group, based in Changsha City, China, had been considering establishing a presence in the United States for several years, but momentum for the expansion picked up in 2015, when it began talking with Pacific Tri-Star of Ogden, Utah.

“Sunward [Equipment] started looking at the North American market seriously in 2015, and they'd begun looking for dealer locations in the south and southeast, with intentions of setting up a North America distribution system,” said Robert Gibb, president and founder of Pacific Tri-Star. “Sunward ultimately came to us in Utah because we'd had a relationship with them since 2008, and that's why they decided to launch the product from Utah for their North America operations.”

Pacific Tri-Star had visited the Sunward Equipment factory several times in 2007 and 2008 and the founder of Sunward, He Qinghua, made a trip at that time to Utah to do some research, to determine if the state would be a good entrance into the U.S. market.

“We ordered some product at that time,” said Gibb. “But then, after the economy crashed, we kind of just held dormant at that time. We didn't pursue the distributorship. We just maintained.”

Sunward's export success started in 2004, having sold 6,000 units to date to the European market. Sunward continued to think about the American market and just this past fall, it reached back out to Pacific Tri-Star and a deal was set in motion.

“Even though they are kind of a young company [Sunward was founded in 1999], they are very aggressive and to see their products compared to the other factories I visited in China, you see the workmanship,” said Gibb. “I saw their skid steers being built from the ground up and when they came off their production line, they were pretty well ready for the market. The impression I had was that they are going after the export market seriously, and they know they have to have the performance, the appearance. And they have it.

“Now, we have about 50 Sunward machines here, with about that many more machines coming in” said Gibb.

In its distributorship agreement, Pacific Tri-Star will cover Utah.

Sunward also is active itself, with Jun Wang, the general manager of Sunward N.A.LLC, having visited Chicago, Florida, Texas, Canada and the Northwest to start seeking dealers.

So far, in its territory, Pacific Tri-Star has sold a combination of approximately 16 Sunward skid steers and mini-excavators.

Gibb said some customers already knew the Sunward brand, while others did not.

“Probably one-third to half of them were aware of the Sunward name over the years, having seen them at ConExpo,” he said. “The others were seeing the equipment for the first time in our yard here.”

All the machines are either Tier IV Interim or Tier IV Final.

The customers, Gibb added, also are confident that Sunward will back their equipment here in the United States.

The parts and service infrastructure also is well under way to support Sunward customers.

“We have some parts on hand here, but the bulk of the parts are still being shipped,” Gibb said. “Right now, the parts availability is substantial, with the goal being 90 to 100 percent parts availability, down the road. As the machines are arriving, we are formulating the popular model numbers and getting the parts inventoried accordingly.”

Pacific Tri-Star has two Sunward-dedicated technicians and one service truck, which, Gibb said, is sufficient for what is needed for right now.

“I'm impressed with their founder, their managers, their engineering and their desire to accommodate the requests from the American buyer. They listen to us,” Gibb said.

Sunward N.A.LLC, located in Ogden, Utah, has been owned by Sunward Intelligent Equipment Co. Ltd, and operated by Jun Wang (Joe) since 2015. Its equipment yard is located right off Interstate I-15 north of Salt Lake City, Utah, where the company warehouse and spare parts center for full products of Sunward, and the mission of Sunward N.A is to oversee all sales and service, and seek out, and set up new dealers in north America.

For more information, call 656188400 or email wangjun@sunward.cc or visit www.sunwardusa.com.

Pacific Tri Star Inc., located in Ogden, Utah, has been owned and operated by Robert and Kathy Gibb since 1991. Its equipment yard is located right off Interstate I-15 north of Salt Lake City, Utah, where the company sells, services and rents a wide variety of new and used construction, agricultural, and mining equipment.