Taking an evaluation of what a blown tire really costs can save time and money. 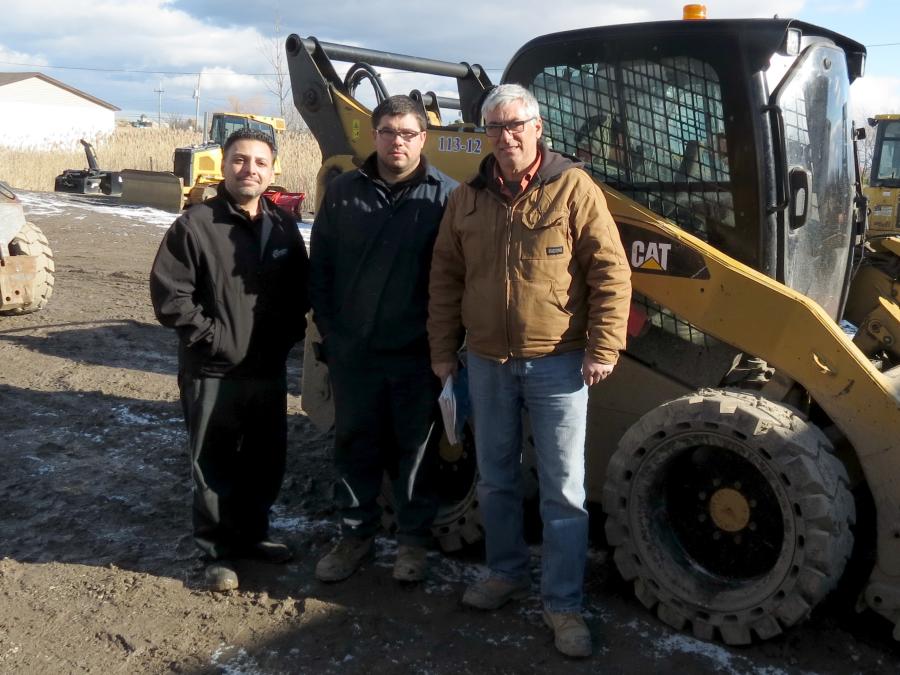 Herman Ciardullo, president of Oakridge Landscaping, was absolutely clear about his reasons for switching to a new tire supplier for his skid steer fleet.

“With wages for four or five crew on a job, waiting four hours with a machine that's down for a tire repair or a plug, it's not smart business. You're better off spending a couple hundred bucks for a tire that's not going to get flats.”

Ciardullo is keenly aware of what a blown tire really costs.

“When a skid steer goes down on a job site, it costs me at least $150/hr for a crew of four, plus we have a truck on site that we cost out at $20/hr. It takes four hours for a service guy to come and change the tire. That's $680 for a tire change.”

Ciardullo turned over his downtime problem to his maintenance manager, Shawn Guiluppe, and his equipment superintendent, Randy Deleavey. Guiluppe, a recent addition to the Oakridge team, was quite familiar with tire problems on skid steers.

“When I came on board here, Herman told me there was no time to lose to get this issue solved. Camso solid rubber tires fixed our flats situation in my old job, so I called in my tire guy, Roger, to help us out here.”

Calling in the 'Tire Guy'

Roger Abreu is Guiluppe's tire specialist at Benson Tires, the area's Camso dealer. With more than 20 years in the tire business, Abreu was soon able to make some recommendations for the Oakridge fleet — starting with the firm's 14 skid steers.

“We understand this business, the need to keep machines working,” said Abreu. “This is why you never see our customers' machines sitting next to a tire truck with six or seven guys standing around the machine.”

“We do a lot of out of town jobs,” said Guiluppe. “So if a machine goes down, Herman has a bunch of guys just filling in time until it's fixed. Before we switched, we had one week where we had to make five service calls for pneumatic tires — and one call was on overtime.”

“We knew the first year is going to be the expensive year,” Abreu said. “This is when we're switching the fleet over and getting the right wheels in there. But in the next year, the tire costs go down, as much as 40 percent. Then, we're just going to press off the old rubber and press on the new.”

As Oakridge was experimenting with different SKS treads, Abreu learned about the launch of the SKS 793S tire at Camso's nearby regional office. It looked like perfect match for Oakridge. The SKS 793S is designed to switch seamlessly from one application to another. Smooth tires wear longer on hard surfaces. Traditional R4 tires have extra traction in the dirt. The SKS 793S is the best of both worlds, with a deep inverted lug for traction, but also a wide smooth tread face for wearability.

Guiluppe recalled, “When Roger showed me the SKS 793S, I went 'Yup, that's it — that's the tire!' We had switched to smooth tires for water cuts, and lugged tires to work in the dirt. But when we put tires on a machine that was slated for one thing, it would be sent to do something else.”

“The issue is with the hard scrubbing. The skid steer can turn on a dime but you can blow lugs off a tire, no problem. That's where the pneumatics have a problem.”

“I can't select which skid steer is going to which job all the time,” he said, “Any particular job site can give you a mix of jobs and conditions. So now it's easy — any of our skid steers can do any job, just that much better.”

A year after coming to work at Oakridge, Guiluppe feels that his new tire program has the firm's number one maintenance problem well in hand.

“With pneumatics, we had bent rims, blowouts, machines down and lost wages. Now — no downtime. They just continue to work.”

Camso, the Road Free company, is a world leader in the design, manufacturing, and distribution of off-road tires, wheels, rubber tracks and undercarriage systems to serve the material handling, construction, agricultural and powersports industries. It employs more than 7,500 employees that place 100 percent of their effort on 11 percent of the global tire and track market; the off-the-road market. It operates advanced R&D centers and manufacturing plants in North and South America, Europe and Asia. Camso is a supplier to leading original equipment manufacturers (OEM) and distributes its products in the replacement market through its global distribution network.