CIS Breaks Down the Pandemic Impact with a Look at the Numbers of Projects Out to Bid in 2019 vs. 2020


As the industry works to come back from the effect of the pandemic and related shutdowns, CIS looked at the numbers of private and public projects out to bid across its coverage areas for the first six months of 2019 and 2020 to gauge the impact.

Interestingly, both public and private project numbers were down in January and February before governors of many Northeast states put stay-at-home orders in place and paused non-essential construction. Private projects were down nearly 25 percent in January and 14 percent in February. There were fewer public projects as well, down 12.7 percent and 7.8 percent, respectively, in the first two months of the year.

The total year-over-year change in number of new public projects for January through June is 31.4 percent.

The total change in number of new private projects for January through June is 34.1 percent. 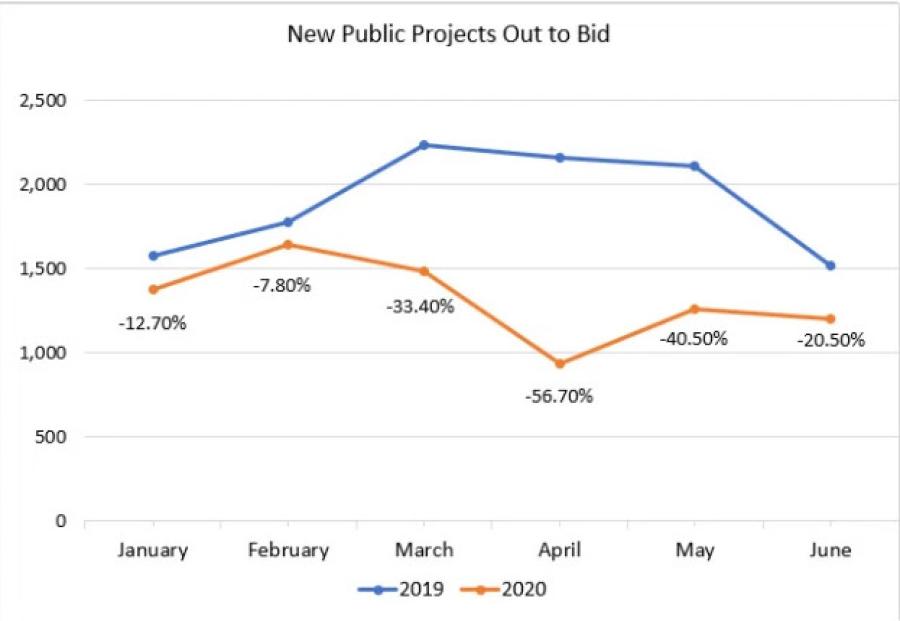 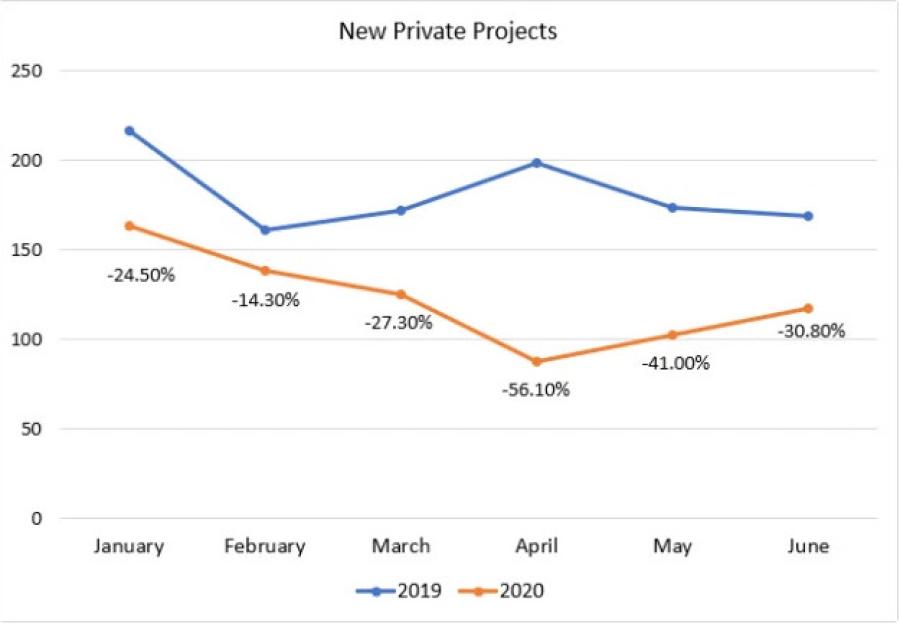