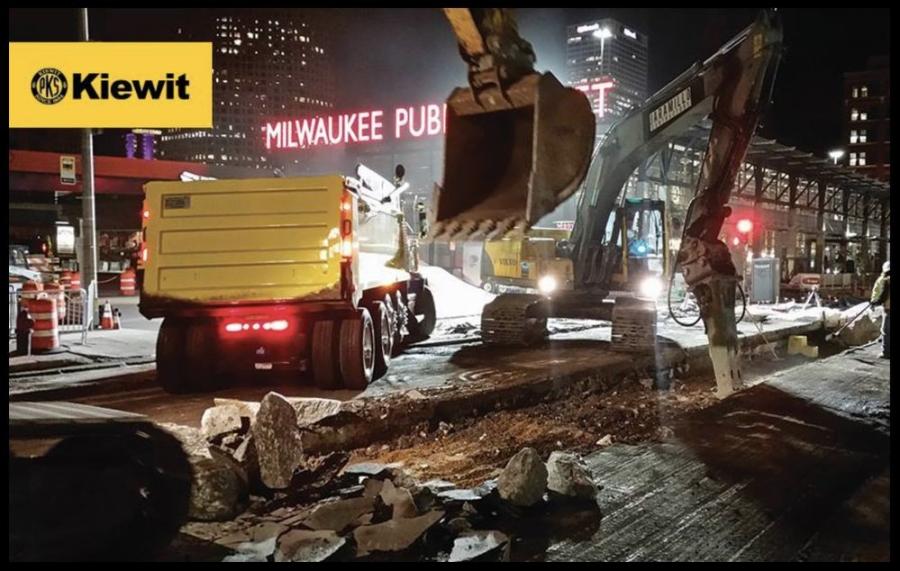 Sometime later this fall, Milwaukee residents will have a new — yet old — way to get around the city's vibrant and busy downtown.

Engineers currently are going through the final testing phase on five modern, elegantly-designed streetcars and how they operate on the newly-installed tracks. If the testing is successful, the 2.5-mi. Phase 1/Lakefront starter route will open to the public in just a matter of weeks.

The city has not yet announced a date for that opening, but anticipation is high for the new streetcar system, with an estimated cost of $128.1 million. The hope is that the line can give people a cleaner, quieter and more efficient way to travel around downtown Milwaukee.

Everything Old is New Again

Coincidentally, it was 60 years ago last March when the last regularly-scheduled streetcar service ended in Milwaukee. That concluded an almost 100-year-old history of streetcar service for city residents, starting with horse-drawn service in 1865. Electric-powered streetcars came along in 1890 and ran successfully along several neighborhood routes across the city until the service was discontinued for good.

Six decades later, the new line represents a rebirth in electric-powered streetcars, this time with a more technologically-advanced overhead contact system (OCS) moving them along the rails.

A total of 20 sheltered stops have been built on the north-south rectangular route, known as the M-Line, that loops by Lake Michigan and covers 40 city blocks.

And, if all goes to plan, Milwaukee's sleek, new streetcars will run smoothly alongside both car and bus traffic.

Indeed, the project was planned to integrate with the city's major bus routes and corridors, as well as serve as a “last mile” connection for riders using the Milwaukee Intermodal Station. "Last mile" is a term used to describe the difficulty in getting people from a transportation hub to their final destinations. 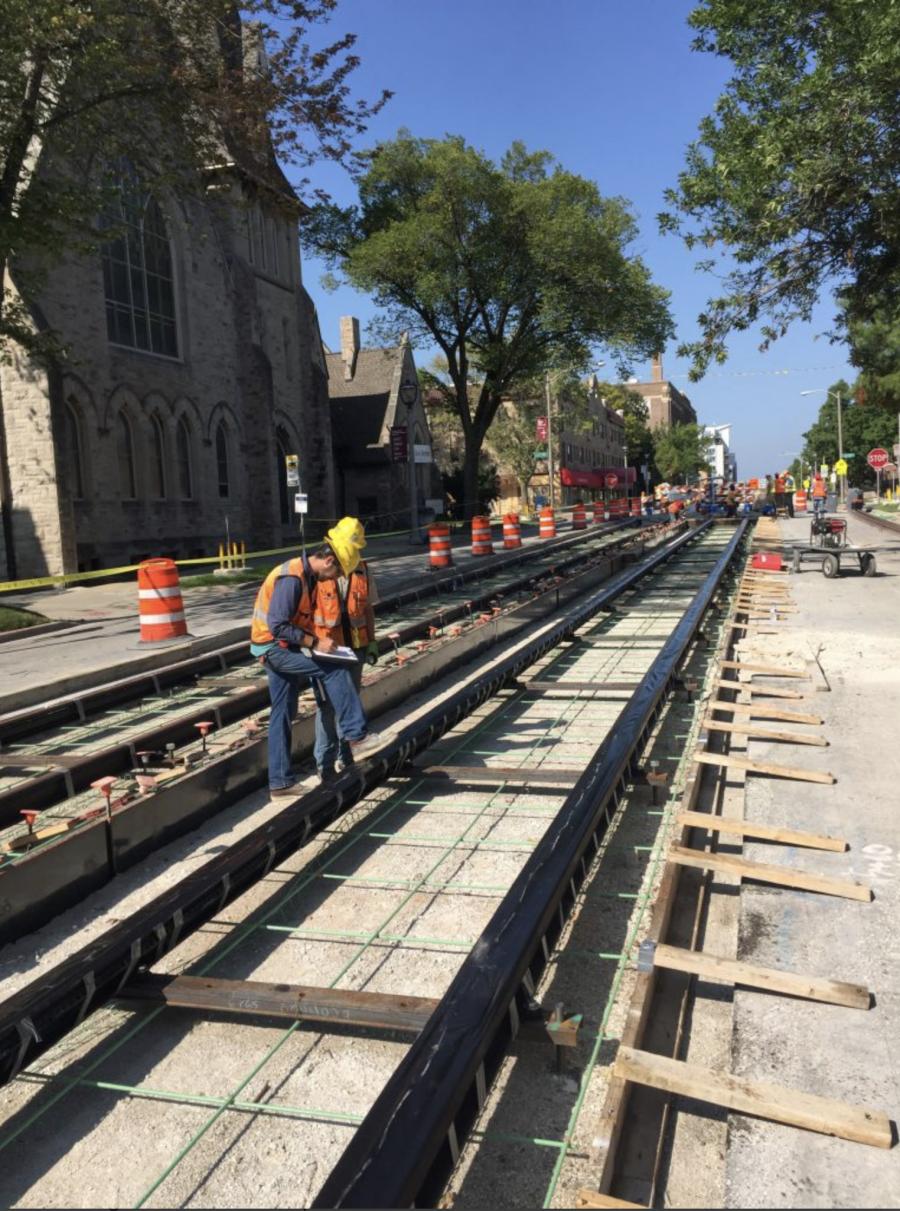 Besides serving the needs of riders in Milwaukee's Central Business District, the M-Line also will run to the high-density residential areas north of downtown along the lakefront.

The Phase 1/M-Line will start at the station on St. Paul Avenue and head east to Milwaukee Street, where it turns north right past the city's many skyscrapers. At Kilbourne Avenue, streetcars will then turn to the east again for several blocks before making a right again onto Ogden Avenue. From there, commuters, residents and tourists can take the line toward the lake and the eastern terminus at Burns Commons.

The return trip follows the same route to the south and west, continuing past Milwaukee Street for another block before heading south along Broadway all the way to St. Paul Avenue and back to the Milwaukee Intermodal Station.

The city is beginning work on an expansion of The Hop, with an L-Line planned to come into service in 2020. That streetcar line will partially follow the M-Line and will include a loop east to the lakefront along Clybourn and Michigan streets.

Plans also are on the drawing board for other streetcar lines through many of Milwaukee's diverse neighborhoods, including the Fourth Street Extension and the Prospect/Farwell Extension. Additionally, a broad study is under way to see if light rail can advance economic development efforts in the Bronzeville and Walker's Point neighborhoods.

Nicknamed “The Hop”, Milwaukee's streetcar system will be constructed in phases, with the initial line expected to generate approximately 1,850 rides a day and more than 595,000 rides a year. The city projects that it will connect 80,000 downtown workers, 25,000 downtown residents and millions of visitors, while establishing a fixed-rail transit operating downtown and adjacent neighborhoods.

According to the city's streetcar line website, the first phase will connect riders to many popular restaurants, parks and the Milwaukee Public Market, as well as providing a link to “high-employment opportunities” with populated residential neighborhoods.

Prolific Contractor on the Job 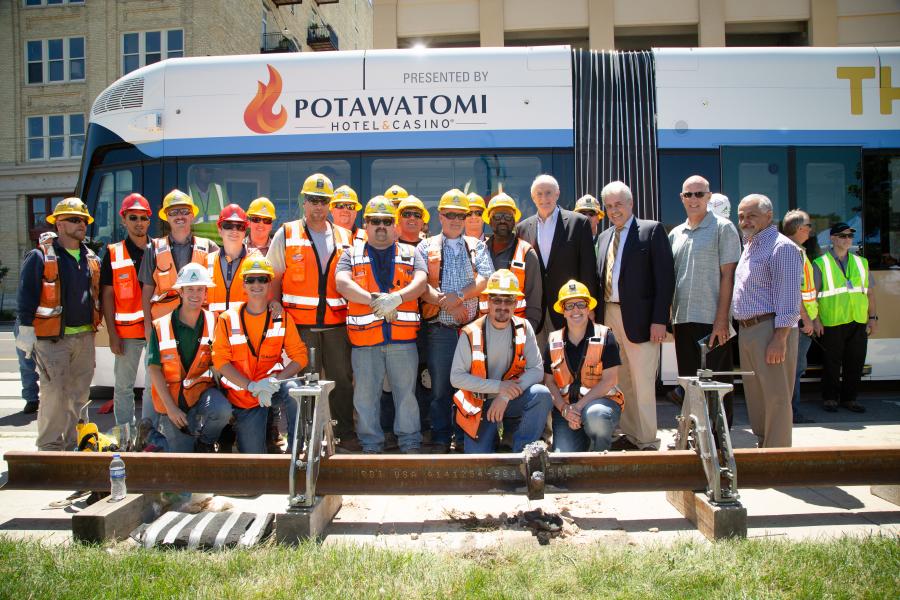 Kiewit Infrastructure, a Fortune 500 contractor, based in Omaha, Neb., was awarded the $67 million to build The Hop and started work early last year. Kiewit has a solid reputation and successful track record with light-rail projects, although this was its first streetcar installation.

The scope of work included laying more than 500 pieces of 80-ft. long rails, welded into long strings to construct embedded track into the existing roadway. In addition, installing the OCS consisted of foundations, poles, wires and three substations that power the system. Finally, a 16,000-sq.-ft. operations and maintenance facility to service and house the streetcars was erected.

Construction of the track itself resulted in reducing traffic to a single direction or reductions in number of lanes for several months, depending on the specific zone and the amount of work in each area. Before and after the track work was done, all the utilities, both underground and above, were built. In addition, the OCS system also was put in place, but did not prove to affect traffic moving the downtown.

Five rail-drop sites were used on Phase 1 of the streetcar system and each one was a curb lane. The sites are convenient to the construction zones. Kiewit and its subs utilized curb lanes due to the limited options for rail storage in the tight, urban area. The rail sections were welded together and stored in the curb lanes until actual installation.

The contractor estimates that by the time the streetcar system goes online, Kiewit will have put in 75,000 craft man-hours for its self-perform work. Another 100,000 man-hours of subcontractor work also will be done — including a total of 25 staff and hundreds of craft workers involved on the project. 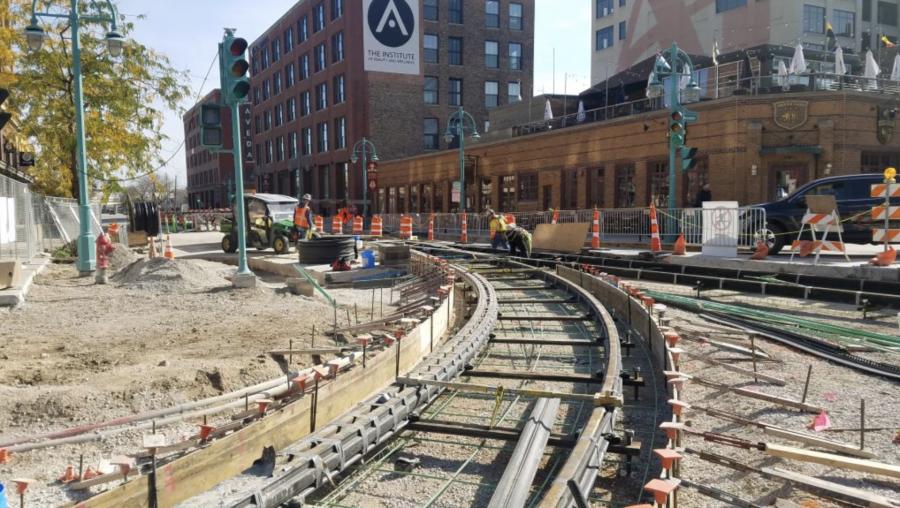 “This streetcar system, by its nature, is pretty interesting,” said Mike Ethier, Kiewit's project manager, in a news brief on the company's website.

The shared-use model — in this case meaning that Milwaukee's streetcars will operate in the same lanes as other vehicles — is unique to this kind of transportation. The concept also describes a wide variety of new technology-enabled services and tools that give instant access to new services and travel information while complementing traditional modes like fixed-route transit, such as streetcars.

The increasing popularity of shared-use also is occurring at a time when vehicle ownership is declining in urban areas like Milwaukee. Combined with the fact more people see downtown-living as an attractive alternative to the suburbs, it is easy to see streetcar-use becoming very popular again in the city by the lake.

“There are a number of access points to thousands of units, condo buildings and driveways, and to major loading docks for grocery stores and all the major downtown employers,” said Carolynn Gellings on the Kiewit news site. She is the project's construction manager for the city of Milwaukee. “Building tracks through those areas is extremely challenging. Having Kiewit be upfront with their information and willing to work with all these different entities really put a good face on the project.”