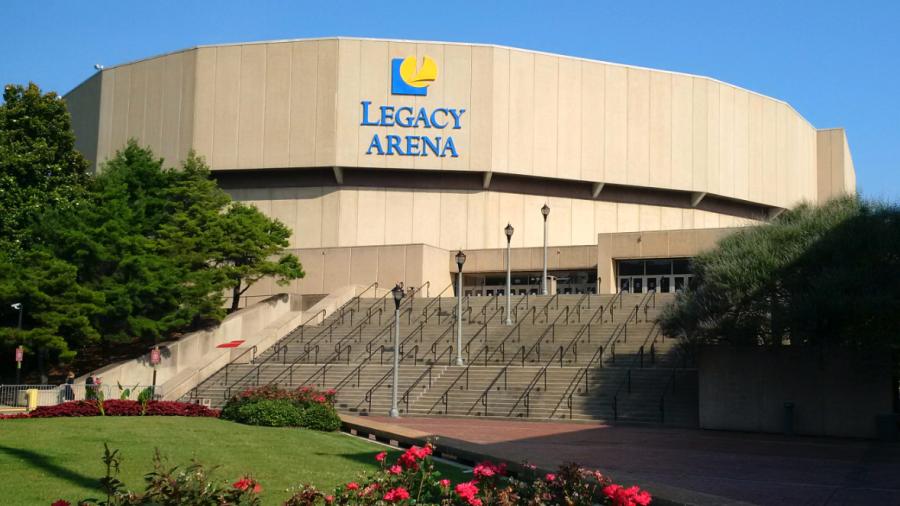 he Birmingham City Council will contribute $3 million annually toward the expansion of Birmingham-Jefferson Convention Complex, which includes the 19,000-seat Legacy Arena, Al.com reported.

An Alabama city has committed $90 million to renovate a downtown stadium and arena over the next 30 years.

The Birmingham City Council will contribute $3 million annually toward the expansion of Birmingham-Jefferson Convention Complex, which includes the 19,000-seat Legacy Arena, Al.com reported. The council approved the funding and project cooperation agreements between the city and complex March 27.

The council unanimously approved a resolution that will create a neighborhood revitalization fund.

Mayor Randall Woodfin said the revenues generated from the expansion will go toward neighborhood revitalization in all 99 neighborhoods.

"This is the right thing to do because it has a full benefit for our entire city," Woodfin said. He said this project is necessary for neighborhood revitalization, tourism and progress.

He added: "We can support neighborhood revitalization and economic development."

The agreement will terminate if the bonds haven't been issued before the end of the year, according to the agreements.

The BJCC's 20-year, $300 million master plan includes construction of a $174 million open-air stadium, a Legacy Arena makeover and an outside piazza renovation. The stadium would have up to 55,000 seats and additional meeting and exhibition space.

Robert Walker, vice president of the Wahouma Neighborhood Association, said the project is wrong for the city.

"It doesn't benefit us anything to build this stadium here," he said. "I ask you to do something different. The people don't want it."

The BJCC Authority is committing $10.7 million to the annual debt service on the project. Jefferson County has committed $1 million a year for 30 years. UAB and corporate partners have committed to a combined $4 million a year for 10 years through a lease agreement, sponsorship and naming rights.

In the agreement with BJCC, UAB football agrees to a 20-year lease at the new stadium.