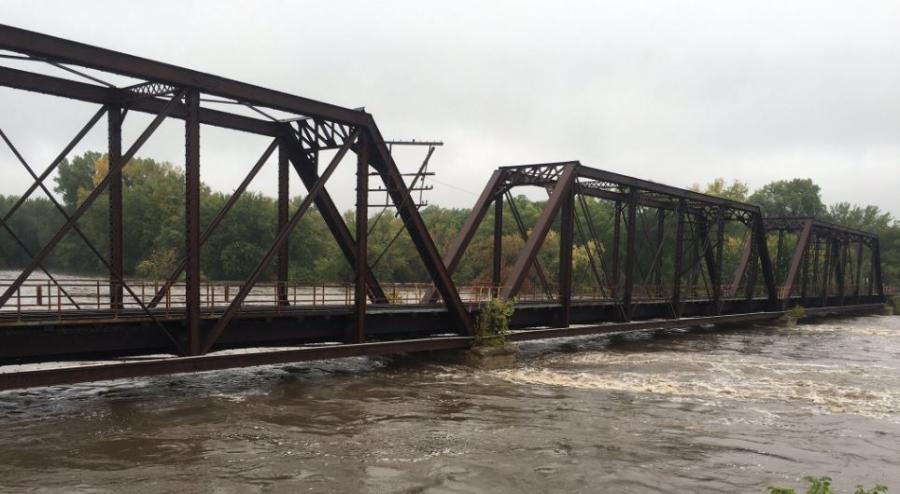 The city has seen two major floods in the last eight years. The 2008 flood almost overtopped the existing levee, and the 2016 flood nearly broke that record.

CEDAR FALLS, Iowa (AP) The U.S. Army Corps of Engineers has given final approval to an estimated $6.6 million project in Iowa to improve the flood-control levee in Cedar Falls.

The city received word from the Corps on June 28, Mayor Jim Brown told the Waterloo-Cedar Falls Courier. The project is expected to raise the levee, which was built in the late 1990s in the downtown area, by 3 ft.

“It's a great relief,' Brown said. “The entire community can breathe a sigh of relief, once it's built, to have that extra level of protection for our downtown.'

The city has seen two major floods in the last eight years. The 2008 flood almost overtopped the existing levee, and the 2016 flood nearly broke that record.

In a recent visit with congressional representatives in Washington, Brown stressed that the two floods proved the city needed to act quickly to improve the levee.

City officials have been working on the plan for five years. A state flood mitigation panel approved funding in March 2014. The City Council approved an amendment that updated cost estimates and revenue-flow projects from the project, and those changes were approved by the flood board.

“There's still a lot of steps to walk through,' Brown said. “We're hoping for a schedule in the end we can all live with and get it built.'

City Administrator Ron Gaines said he hopes the project can be under contract by late September. The project is expected to take about two years to build.