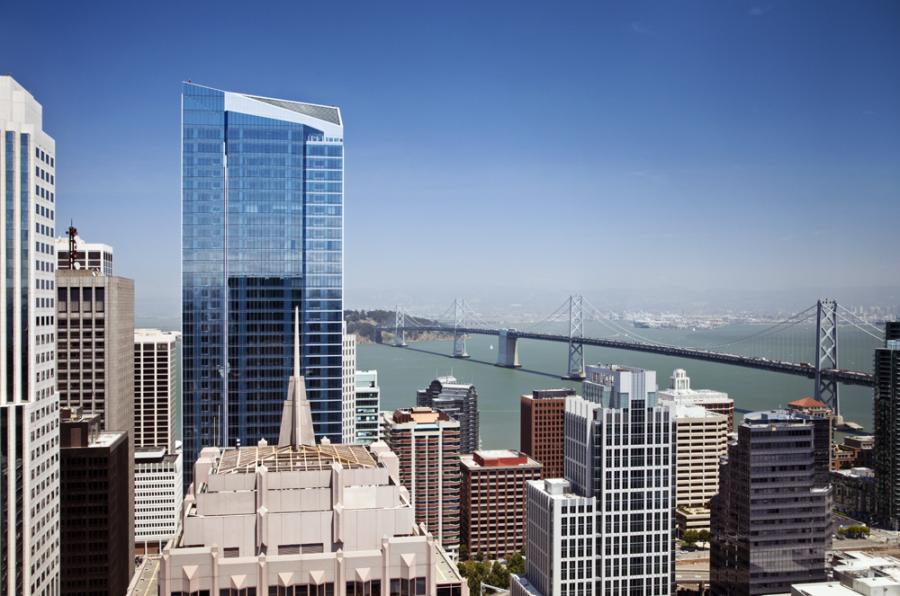 Millennium Tower was completed about eight years ago and so far has sunk 16 inches into the soft soil and landfill of the city's crowded Financial District.

San Francisco (AP) - San Francisco on Thursday filed a lawsuit against the developers of a sinking and tilting luxury high-rise, claiming they knew about the problems but did not disclose the information to potential home buyers as required by law.

Millennium Tower was completed about eight years ago and so far has sunk 16 inches into the soft soil and landfill of the city's crowded Financial District. The sinking has been uneven, creating a 2-inch tilt at the base and a roughly 6-inch lean at the top.

City Attorney Dennis Herrera filed the suit against Mission Street Developers LLC as a cross-complaint of a previous lawsuit filed by homeowners against the Transbay Joint Powers Authority. The authority is building the new Transbay Transit Center next door.

"We are not going to sit by and allow a developer— or anyone else — to enrich themselves at the expense of others by hiding crucial information that they're required by law to disclose," Herrera said at a news conference Thursday. "That gave the developer an unfair advantage against competitors, and it cheated homebuyers out of information they needed to make an informed decision."

Herrera said an investigation showed that the developer knew by February 2009, before any condos were sold, that six inches was the maximum amount of settlement predicted for the 58-story tower by the projects geotechnical engineer. However, by the time the sleek, mirrored high-rise was completed around February 2008, it had already settled by almost six inches.

The building has a sprawling indoor lap-pool, a health club and spa, an in-house cinema, and a restaurant and wine bar run by celebrity chef Michael Mina. Penthouses have sold for more than $10 million.

The developers said the allegations by the city attorney have no merit. Spokesman PJ Johnston said developers complied with all state and local laws regarding disclosure to potential buyers.

Johnston said the joint powers authority's dewatering of the underlying soils, and excavation and construction have caused the tower to settle beyond the 12 inches that were predicted.

"It is unfortunate that Mr. Herrera, who is also legal counsel for (the authority), has chosen to take the focus off finding a fix for the building and is instead attempting to divert attention from the real culprit here — a government agency that has behaved recklessly, caused damage to a previously existing building, and still refuses to take any of the steps that are necessary to fix the problem," Johnston said in an email.

Transbay says the tower's "inadequate foundation is the sole cause of the excessive settlement and tilt."