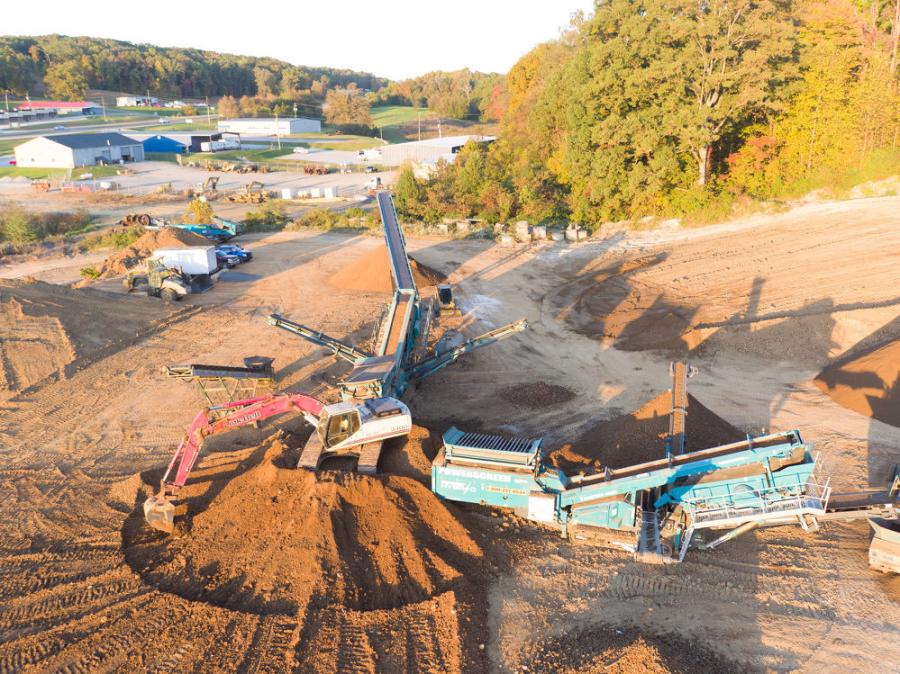 Todd Claiborne began Claiborne Hauling LLC in 1997 with a single axle dump truck and a focus on dump truck hauling and heavy haul services. Initially specializing in hauling aggregates and demolition and debris hauling services, Claiborne's focus on recognizing and ultimately meeting his customer's needs led to diversification, and in turn, steady growth. Claiborne prides himself and his company on being the call to make when the customer absolutely needs the most reliable source for materials and services to make things happen. 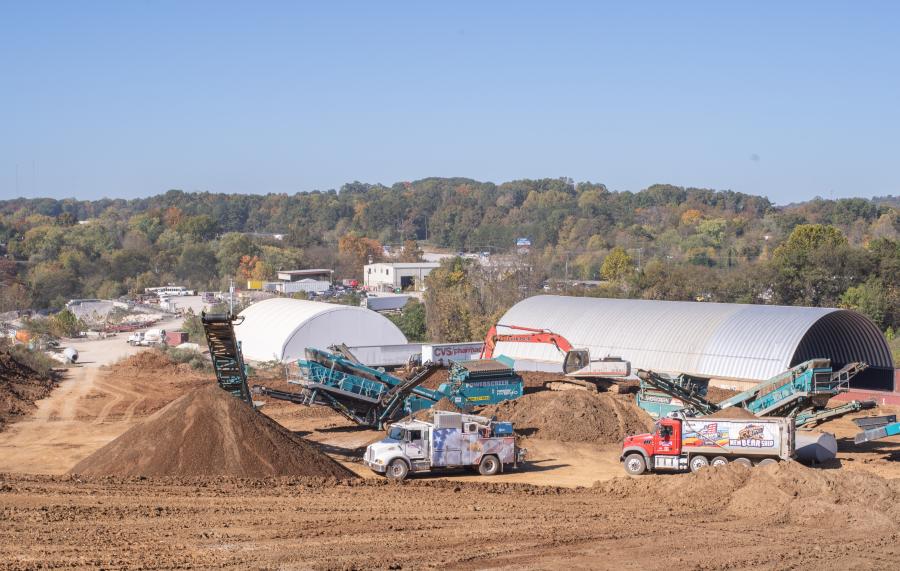 Claiborne cites sewer line work — which often demands nighttime work and therefore nighttime deliveries — as a good example. The customer's schedule becomes his schedule: Claiborne delivers where needed, when needed — "we doze, but we never close" is another Claiborne saying.

Claiborne Hauling's growth and reputation as the premier hauling contractor in east Tennessee can be attributed to adhering to a "Say what we do and do what we say" business model. Along the way Claiborne decided to add value to the company's hauling services by becoming a one-stop-shop. It partnered with a quarry operation producing its own crushed stone as well as acquiring American Sand Company, which produces a full line of sand products and can haul anything — from fill dirt, top soil, graded stone, lime, sand, decorative stone, mulch, demo debris, heavy equipment and specialized loads to hazardous materials.

The company now runs a fleet of more than 100 dump trucks, providing heavy haul services throughout the continental United States while operating a full fleet of heavy equipment to support its crushed stone, sand quarry, dirt pit and grading operations.

Claiborne found there was a strong market for screening dirt in the Knoxville and eastern Tennessee area and quickly realized the need for a material screening solution. He called Powerscreen Crushing & Screening LLC, based in Louisville, Ky. Powerscreen Crushing & Screening brought in a Powerscreen Chieftain 1700 track screening plant in early 2014, increasing Claiborne's topsoil production dramatically. This was the start of a great working relationship between both companies which has continued ever since. 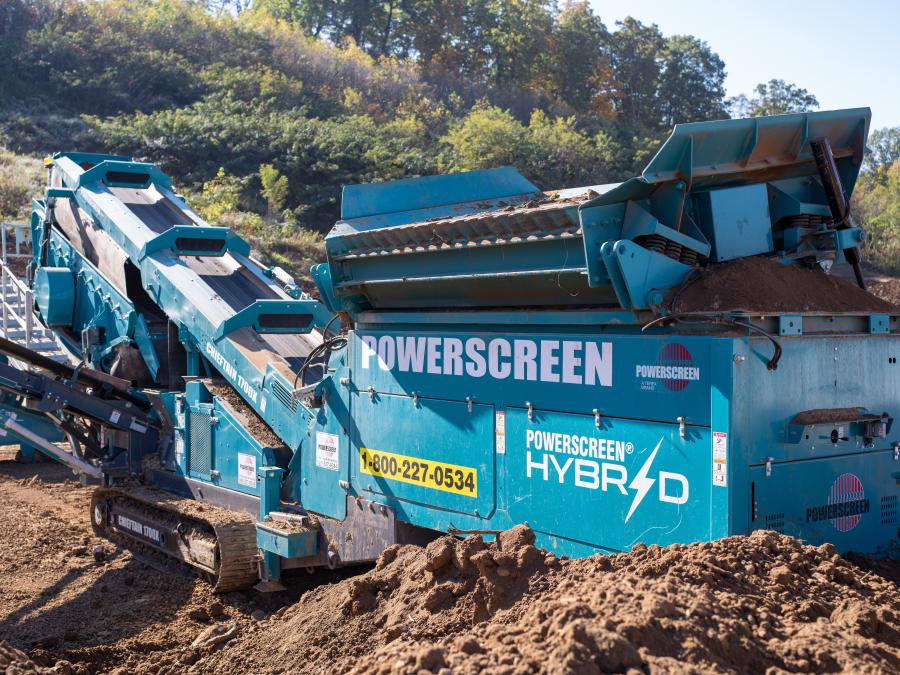 "Service after the sale is every bit as important as the quality of the product," said Claiborne.

This year, Claiborne had a plan to move his topsoil operation indoors. This would mean he could stockpile vast amounts of material indoors and sell dry topsoil to his customers from directly inside his building. In addition, he was looking for a machine that would give him the option to move from work site to work site and is effective in a range of work environments and applications.

After discussions between Claiborne and Coalter, it was clear that Claiborne believed that having a dual power purpose machine would be most beneficial to his company. Powerscreen Crushing & Screening came up with the solution of a Powerscreen Chieftain 1700 track HYBRID screening plant. The plant comes with a 16 ft. by 5ft. 4-bearing screen box, which has a very aggressive throw and has the benefit of running with a Caterpillar 4.4 power pack or by plugging directly to electric mains.

For Claiborne, it was the ideal solution. The Powerscreen Chieftain 1700 track HYBRID screening plant provided the portability he'd need when moving from one job site to the next while offering the flexibility to tying into an electric source when available or running with the engine when needed.

The HYBRID machine is currently running alongside an older Powerscreen Chieftain 1700 track. Running with the exact same meshes in both units, the new unit is doing 25 percent more throughput than the older unit. This is attributed to the highly aggressive screen box on the HYBRID. With the HYBRID comes greater fuel efficiency resulting in a direct savings making it a real game changer, according to the company. Other new features with the HYBRID are rubber paddles on the side conveyors and wide walkways. 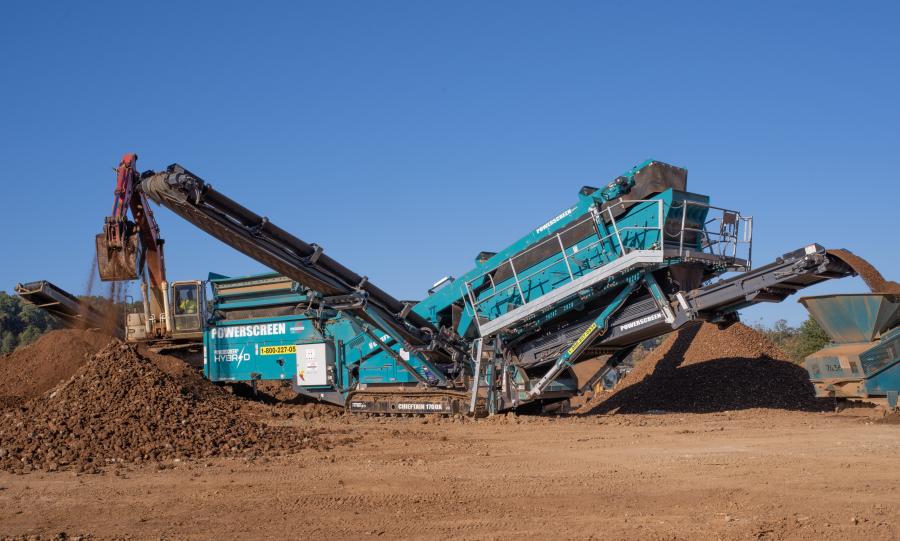 The Powerscreen HYBRID range has been designed to include more fully electric crushers and screens as well as models powered by innovative combinations of diesel and electricity.

The options let the operator select the type of fuel to be used, based on availability, cost and location. These machines are an effective choice on job sites where environmental and/or noise issues are a concern, and in locations where electricity is more cost effective than diesel fuel.