Cleanup at Idaho Nuclear Landfill on Hold After Collapse 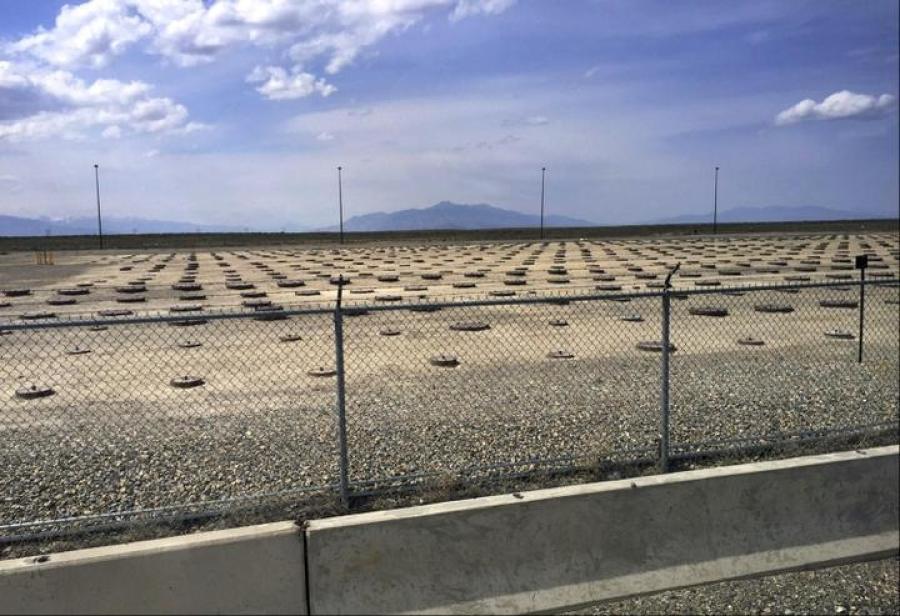 BOISE, Idaho (AP) Some cleanup efforts at a nuclear waste landfill in eastern Idaho are on hold while workers try to figure out what caused a collapse in a dig area that sent an excavator into a pit.

The excavator was digging up transuranic waste — which is waste contaminated with highly radioactive elements.

No radiation was released during the incident, and no one was injured, said Erik Simpson of Fluor Idaho, the contractor hired to clean up the site at the Idaho National Laboratory (INL).

“Our crews had been exhuming waste for about 30 minutes when a portion of the pit wall where the excavator was operating sloughed off and the excavator slid into the pit,” said Simpson.

“We're working on a path to remove the excavator from the edge of the pit and basically make some additional enhancements to protect the operators and the excavators from this point forward.”

The excavator was digging inside a large building at the 97-acre Subsurface Disposal Area when the side of the pit collapsed. The pit is about 21-ft. deep, and the operator remained inside his protective cab for about 90 minutes afterward while crews worked to make sure it was safe for him to leave.

The collapse at INL happened just a few days after workers at the Hanford Nuclear Reservation in Washington state discovered that a large sinkhole had caved in a tunnel filled with radioactive waste there. That discovery prompted an emergency, with some workers evacuated and others ordered to stay inside buildings for a time.

But the collapsed pit at the Idaho National Laboratory was less dramatic, in part because the nearly 2-acre dig site is completely enclosed in a soft-sided building designed to contain any radioactive debris.

Simpson said the workers inside the building also were wearing protective gear, and the excavator operator was in a protected cab with a personal air supply.

“So, it's very safe," Simpson said. “We've been doing this since 2005 and this is the first time this type of event has happened within one of these facilities.”

The company's rule is that excavators can't be closer than 2 ft. to the edge of the pit, and the excavator was positioned more than twice as far away from the sides than required, Simpson said.

“We're still in a recovery phase so we are still collecting information about the event itself,” Simpson said, but the company could adjust its excavator positioning standards in the future.

The site is a nuclear landfill that stored material from Idaho in the 1950s, and also accepted shipments of nuclear waste from the Rocky Flats nuclear weapons plant near Denver throughout much of the 1950s and the 1960s. Commercial nuclear waste also was sent to the facility for years, but Idaho officials eventually sued the federal government in an effort to stop the shipments and force the cleanup. The facility currently stores more than 330 tons of spent nuclear fuel.

In 1995, the federal government reached a legal settlement that requires the high-level transuranic nuclear waste to be removed from the site. Transuranic waste includes substances contaminated with plutonium, americium or other highly radioactive elements. AP