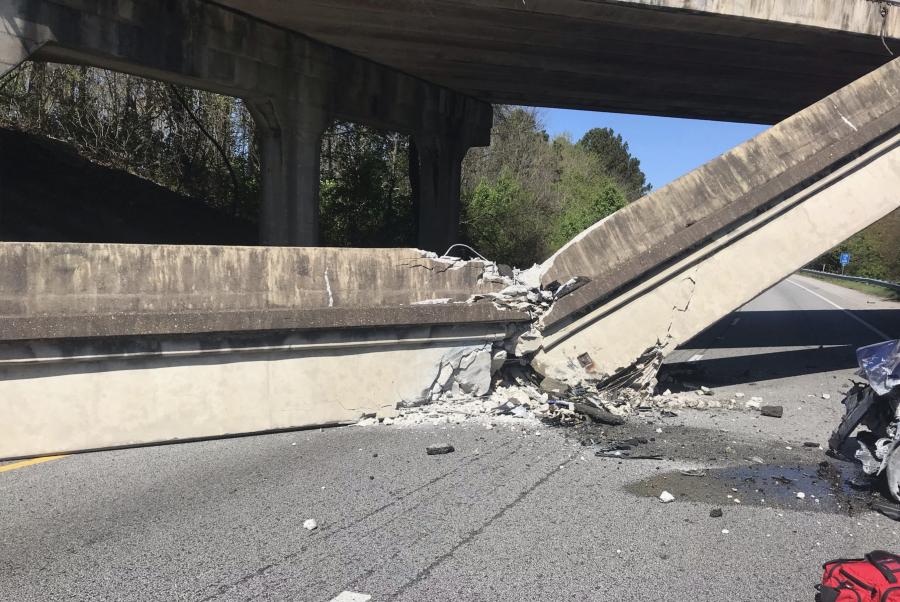 According to Flynn, the falling concrete seemed to suggest that it had recently been hit by something, but the incident is still under investigation.

The concrete railing portion of a bridge collapsed, injuring one in Chattanooga, Tenn., on April 1.

The incident occurred at the I-75 North and I-24 West split, and shut down two interstate ramps on what is reported to be one of the nation's busiest intersections, CNN reported. The section of railing fell from the I-75 ramp onto the I-24 ramp, and while the ramps reopened later in the evening, TDOT said in a tweet that permanent repairs will take weeks to complete. 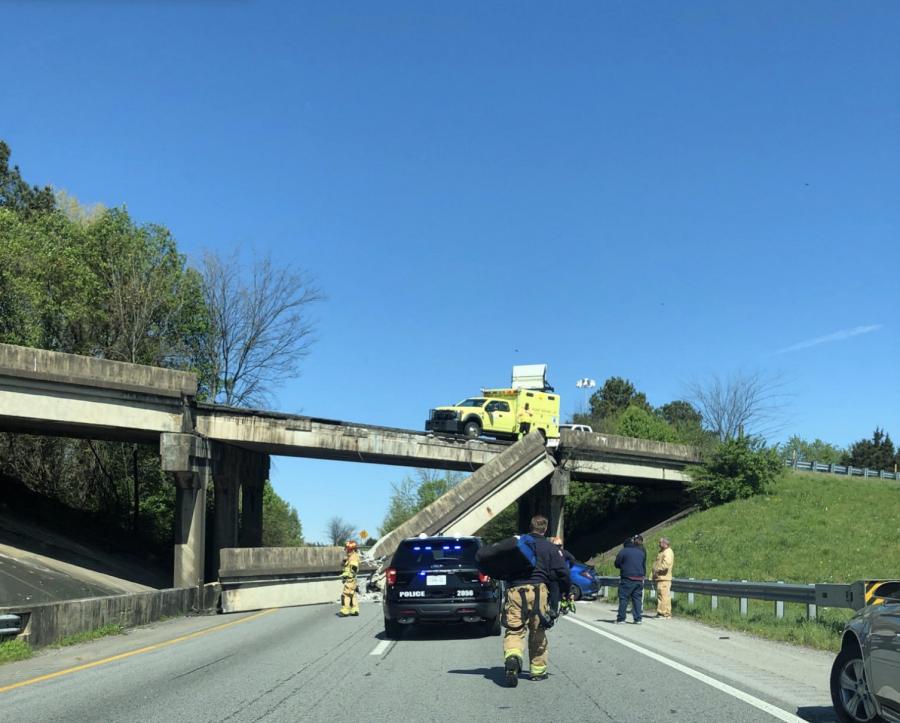 The interchange, which was built in the 1950s, did pass its inspection with a "fair" rating in 2018, but is still known to some as one of the state's worst, WSB-TV reported. "We do have a contract to redo the interchange in the near future," said TDOT employee Jennifer Flynn, referring to a $132 million contract that the state awarded in December 2018, The Tennessean reported. The work is slated to begin in fall 2019.Photo tweets from the Chattanooga Fire Department show a car crushed from the falling railing. "Responders on scene say [the] person sustained non-life-threatening injuries," the tweet said. According to TDOT, the collapse was a "once in a lifetime accident," CNN reported.

According to Flynn, the falling concrete seemed to suggest that it had recently been hit by something, but the incident is still under investigation.