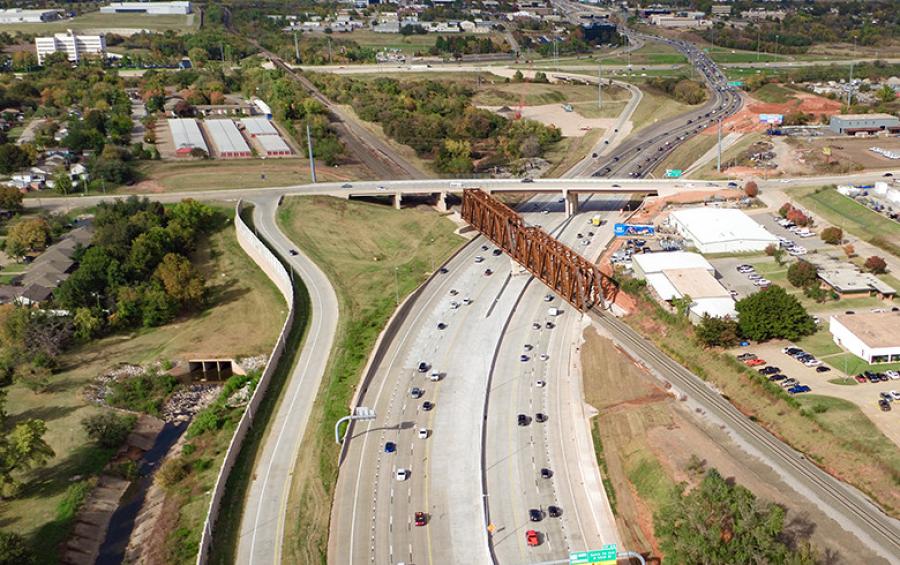 The project is part of a decades-long effort to widen I-235 from Edmond to Oklahoma City. (ODOT photo)

The Oklahoma Transportation Commission has awarded a $105 million contract to expand the interchange between interstates 235 and 44 in Oklahoma City, which transportation officials say will help end bottlenecking on the two highways that each serve nearly 100,000 motorists daily.

The contract is the single largest award for the Oklahoma Department of Transportation and will help expand the interchange into four levels, which will be a first for the agency's state highway system, The Oklahoman reported.

"This is an exciting project for many reasons, and by the end of construction the most important benefit to drivers will be the end of traffic bottlenecking at the I-235/I-44 interchange," said Mike Patterson, the department's executive director.

Officials say 11 bridges will be built or reconstructed in the mile-long construction zone.

The project is part of a decades-long effort to widen I-235 from Edmond to Oklahoma City.

Allen Contracting Inc. of Oklahoma City was awarded the construction contract on Dec. 3. Work is expected to begin next spring and take more than two years to complete.

I-235 may see up to four full weekends of closures, while I-44 is projected to be closed for one weekend, though dates for the closures haven't been set, officials said.

"Please be safe out there. Please pay attention," Patterson said. "When you go through out there in the morning, it likely will look different at night because it is going to be fast moving. Even with that, it's going to take 785 days to complete."

Motorists will be encouraged to avoid the area, which will see reduced speed limits, once construction beings, said Terri Angier, spokeswoman for the transportation department.