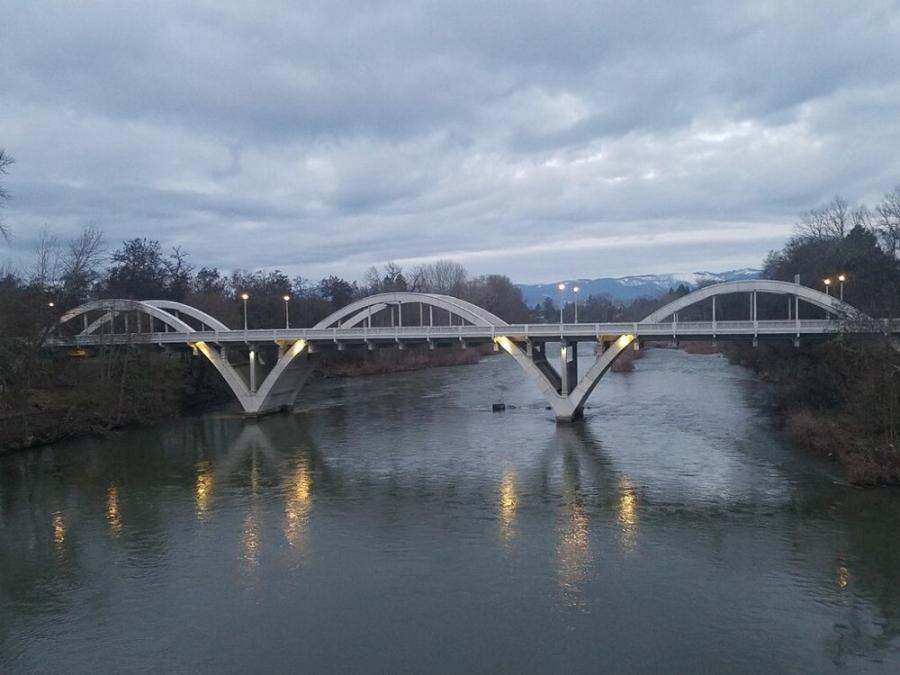 The $5.3 million renovation of the Caveman Bridge, which first opened in 1931, was observed. (Oregon Department of Transportation photo)

A community celebration and rededication of two iconic Grants Pass historic features was held May 3 at the Tap Rock and Riverside Inn overlooking the Caveman Bridge. 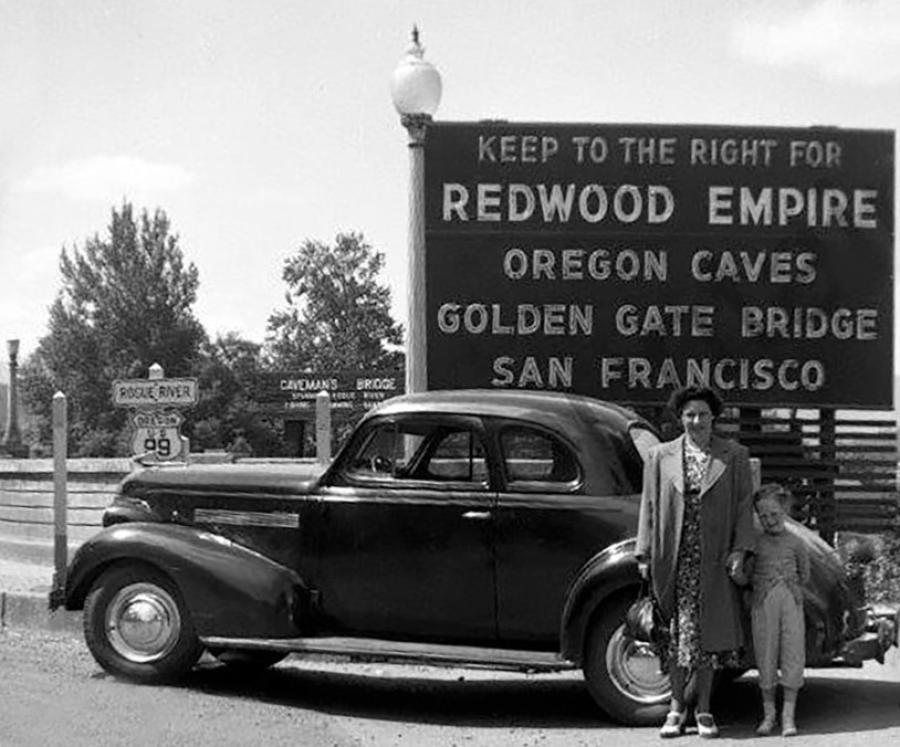 The $5.3 million renovation of the Caveman Bridge, which first opened in 1931, was observed followed by the dedication of the refurbished Redwood Empire sign by the city of Grants Pass.

"It's notable when a community takes an image of a bridge and makes it part of its logo," said ODOT Historian Chris Bell. "That tells me this structure is very much a part of the DNA of Grants Pass and its people."

The 18-month renovation of Caveman Bridge by contractor H.P. Civil of Stayton was finished in February. It included cosmetic and structural repairs, including seismic upgrades, new rails and lights, deck resurfacing and a total renovation of the aging concrete bridge surface.