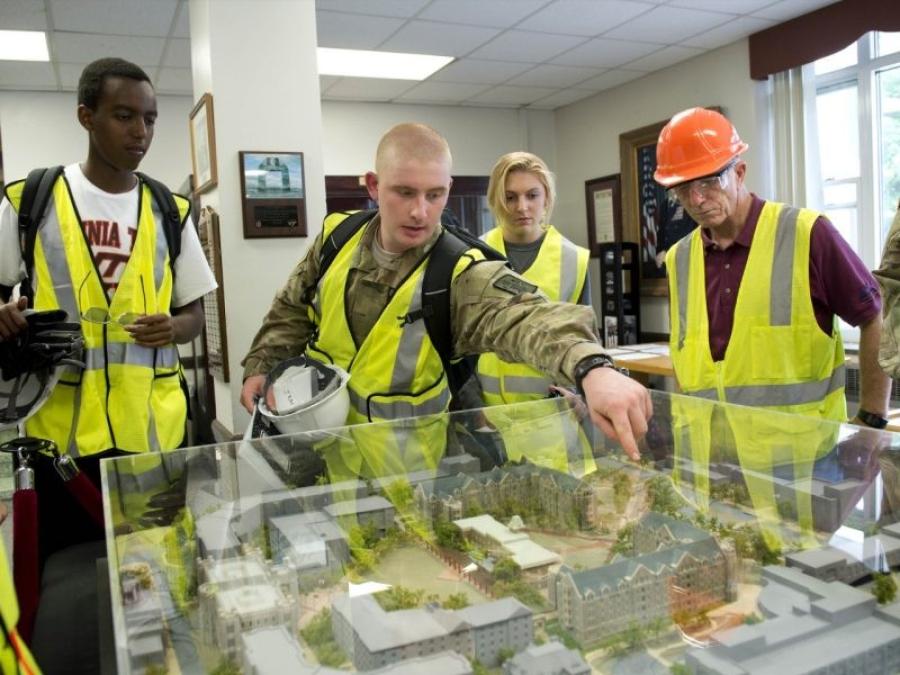 This fall, the School of Construction almost doubled its enrollment, and it will likely double that number within the next five years, WDBJ reported.

Brian Kleiner, director of the Myers-Lawson School of Construction, said, “The companies are essentially competing for them versus the students competing for jobs.”

Student Jade McNair, who will graduate in December, has experienced this firsthand: “To be able to get those multiple offers and your only problem is choosing that offer is just a great feeling, McNair said. “This past June was when I got my second full time offer with a company I've been interning with and I actually accepted that.”

A campus job fair on Oct. 4 drew 500 students to talk with 117 construction companies. All of the students in attendance left the fair with an average of five to six offers, WDBJ reported.

“[The students] just seem to line up with our corporate culture,” said John Britt, executive vice president of HITT Contracting, and Virginia Tech alumnus, who was at the job fair.

The event was so popular among potential employers that the School of Construction had to turn some away.

What's more, students are flocking to the program more than ever. This fall, the School of Construction almost doubled its enrollment, and it will likely double that number within the next five years, WDBJ reported. The program is seeing higher rates of women and minority students as well. Women make up about 20 percent of the School's construction management students, well above the national industrial average, which sits at 6 percent.