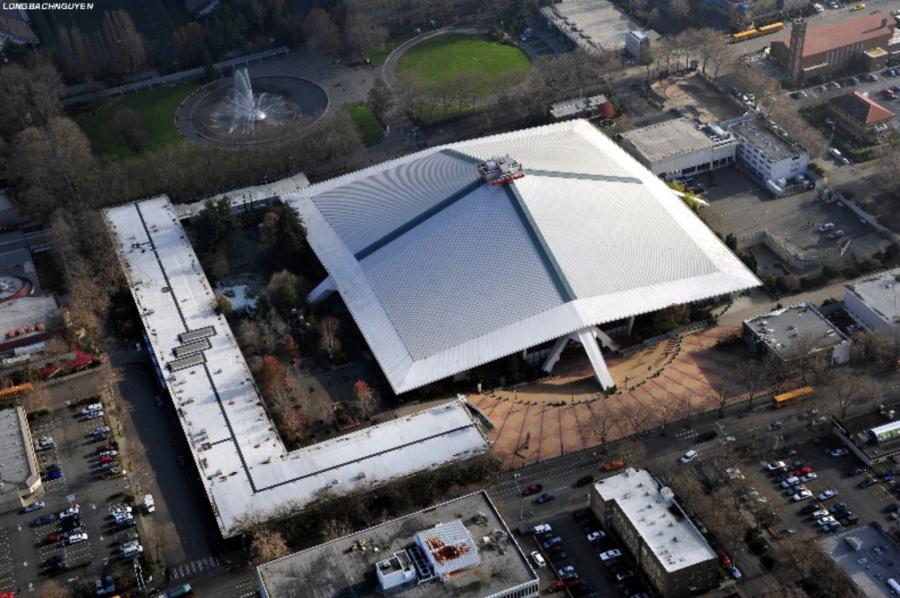 In January, city officials sought proposals to reimagine KeyArena into a facility that attracts more music, entertainment and sports events, including a potential NBA or NHL team.

Seattle received two proposals ahead of Wednesday's 5 p.m. PDT deadline for bids to renovate the 55-year-old city-owned facility. KeyArena was the former home of the SuperSonics before the basketball team bolted for Oklahoma City in 2008.

In January, city officials sought proposals to reimagine KeyArena into a facility that attracts more music, entertainment and sports events, including a potential NBA or NHL team. Developers would be responsible for all costs for redevelopment and construction.

Los Angeles-based Oak View Group on Wednesday submitted a $564 million plan that calls for the arena to be renovated by October 2020 and ready for the following NBA or NHL seasons, The Seattle Times reported (http://bit.ly/2puAzYB).

"We're going to do this and stand on our own two feet," Oak View Group CEO Tim Leiweke said of his plan, which comprises 18,350 seats for NBA games, 17,100 for NHL contests and 19,100 for concerts. "And we believe by doing that we give Seattle its best chance at getting one or two teams."

A $520 million proposal comes from Los Angeles-based arena giant AEG which has teamed up with Hudson Pacific Properties, a real estate development company. They say their arena will be built to attract and accommodate future NBA and NHL teams and they also said the renovation could be finished as early as October 2020.

"The arena itself has great bones," AEG president Bob Newman said of his proposed 18,113-seat NBA facility, with 17,120 seats for NHL and up to 19,202 for concerts. "The World's Fair in 1962 and up until now, it has had an amazing life span. But what we found in this process is you can renovate it and make it the best arena in its class while capturing a lot of what's already in place."

Both companies have secured key corporate partnerships that could help them lure a professional hockey team to the Seattle market, the Times reported.

Oak View Group has signed a contract with Delaware North, a concessionaire company owned by Jeremy Jacobs who is chairman of the NHL's board of governors.

Hudson Pacific is run by Victor Coleman, who has not hidden his desire to bring an NHL team to Seattle, KING-TV reported.

Meanwhile, investor Chris Hansen is still trying to get an arena built on land he owns near Safeco Field and CenturyLink Field, the two current pro sports stadiums in town. He has become the choice of fans who are tired of delays stalling the process as Hansen has faced opposition from some city officials and maritime interests.

A city advisory panel is expected to review KeyArena proposals and make a recommendation to Mayor Ed Murray in June. The city council would then decide whether to renovate KeyArena or go with a separate, new arena pitched for the city's stadium district by Hansen, according to the Times.

"Today is an important day in our goal of bringing the Sonics home and the NHL to Seattle," Murray said in a statement. "Two well-known organizations submitted proposals to redevelop KeyArena, totaling more than $1 billion in investments between them. Their interest shows how Seattle has become one of the most desirable cities in America for sports and entertainment."

KeyArena, which opened its doors in 1962, was last renovated in 1995. It is currently home to WNBA's Seattle Storm and hosts dozens of concerts and other events. It had about 570,000 visitors last year.—AP