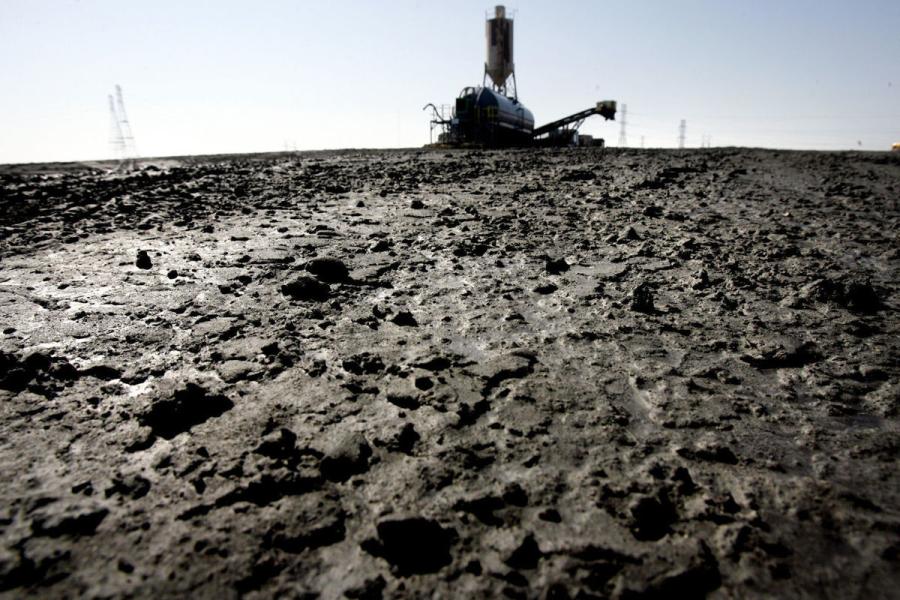 A Virginia Senate panel advanced a measure Feb. 7, that would prevent Dominion Energy from capping its coal ash in place for at least another year while lawmakers study the issue, including recycling options.

A Virginia Senate panel advanced a measure Feb. 7, that would prevent Dominion Energy from capping its coal ash in place for at least another year while lawmakers study the issue, including recycling options.

The bill would extend a moratorium on coal ash pond closures put in place last year, although it would allow Dominion to seek permits to close ponds that have already been excavated. The measure would also require Dominion to request bids from coal ash recycling companies and turn that information over to the General Assembly.

Lawmakers will meet to evaluate the findings and take more time to consider long-term options for dealing with Virginia's millions of tons of the heavy metal-laden waste left over from decades of burning coal to produce electricity.

"This is a big problem. This is not the final solution, but this, I think, will lead to more information," said Michael Town, executive director of the Virginia League of Conservation Voters. "We're committed to making sure that Dominion closes these ponds in an appropriate manner that protects people's groundwater and the environment."

The measure advanced with bipartisan support after a hectic hearing in the Commerce and Labor committee. Bills from Democratic Sen. Scott Surovell and Republican Sen. Amanda Chase were rolled together and the language was amended on the fly.

Town said he was part of the group that hashed out the compromise bill, along with Dominion, other environmental groups, the Department of Environmental Quality and Secretary of Natural Resources Matt Strickler's office.

The measure, which seeks to extend the moratorium until July 2019, still must pass the full House and Senate and be signed by Gov. Ralph Northam.

Committee chairman Republican Sen. Frank Wagner said he and his counterpart on the House Commerce and Labor committee would designate a panel to study the disposal issue further. All other coal ash bills that have been filed this session will be directed to that committee, he said.

For decades, coal ash has been stored in landfills or in ponds, often near waterways into which toxins can leach. A catastrophic 2008 spill in Tennessee drew national attention to the threat coal ash can pose. Then, in 2014, a pipe ruptured at a Duke Energy plant, polluting North Carolina's Dan River with miles (kilometers) of gray sludge.

In Virginia, Dominion had been moving forward with plans to close 11 ponds to comply with Environmental Protection Agency regulations enacted after the Dan River spill. The plan had largely involved draining the water in the ponds, filtering and releasing it, then consolidating the ash and putting a cap over the remaining piles. Environmentalists say that doesn't go far enough to protect water quality and would prefer the ash to be recycled for use in products such as cement or moved to a lined landfill.

Last year, lawmakers passed a bill that put Dominion's coal ash closure plans on hold until at least May and ordered the company to conduct an assessment evaluating the costs and feasibility of different types of closure methods.

The assessment released in December found it would be far cheaper and quicker to close the company's largest ash ponds by capping them in place. It also found elevated levels of pollutants in groundwater testing at all four power stations, though it said drinking water supplies are not being affected.

Environmental groups have criticized the report, prepared for Dominion by engineering firm AECOM, as inaccurate and deficient. They say recycling the coal ash is more cost-effective than the report concludes.

Whatever lawmakers decide to do with the ash, ratepayers will be on the hook for hundreds of millions or potentially billions of dollars in clean-up costs, Surovell said.

"I think before we make that policy decision we need to have better information," he said.

Patty Marrow, who lives next to Dominion's Possum Point power station in Surovell's district, drove to Richmond set to testify in support of the measure. She and her husband, frequent critics of Dominion, say their well water has been tainted by coal ash — a claim the company disputes.

Marrow said Surovell asked her not to speak during the hearing and she agreed, but she voiced frustration afterward.

"All their information is coming from these guys," she said, gesturing toward Dominion representatives as her voice rose.