Concrete Roadway Repairs on I-90 Begin 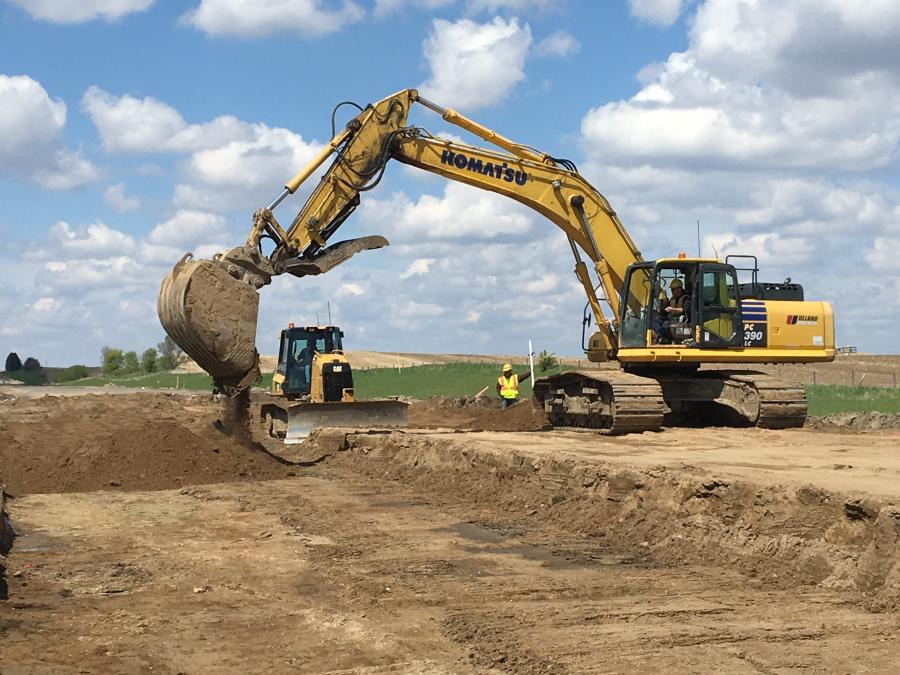 Started last summer, Ulland Brothers Inc. is looking to complete the Minnesota Department of Transportation's (MnDOT) $17 million I-90 Westbound Concrete Overlay project between the cities of Manchester and Hayward in Freeborn County by mid-September.

Construction crews built crossover lanes late in the summer of 2018 so they could get a jump on the 2019 construction season.

The 15-mi. construction zone — east of Albert Lea— covers the two westbound lanes of I-90 from Freeborn County Road 46 to Highway 13, which includes re-decking of westbound bridge over County Road 46. Funding for the work is being provided by state gas tax funds and one-time special state funding. 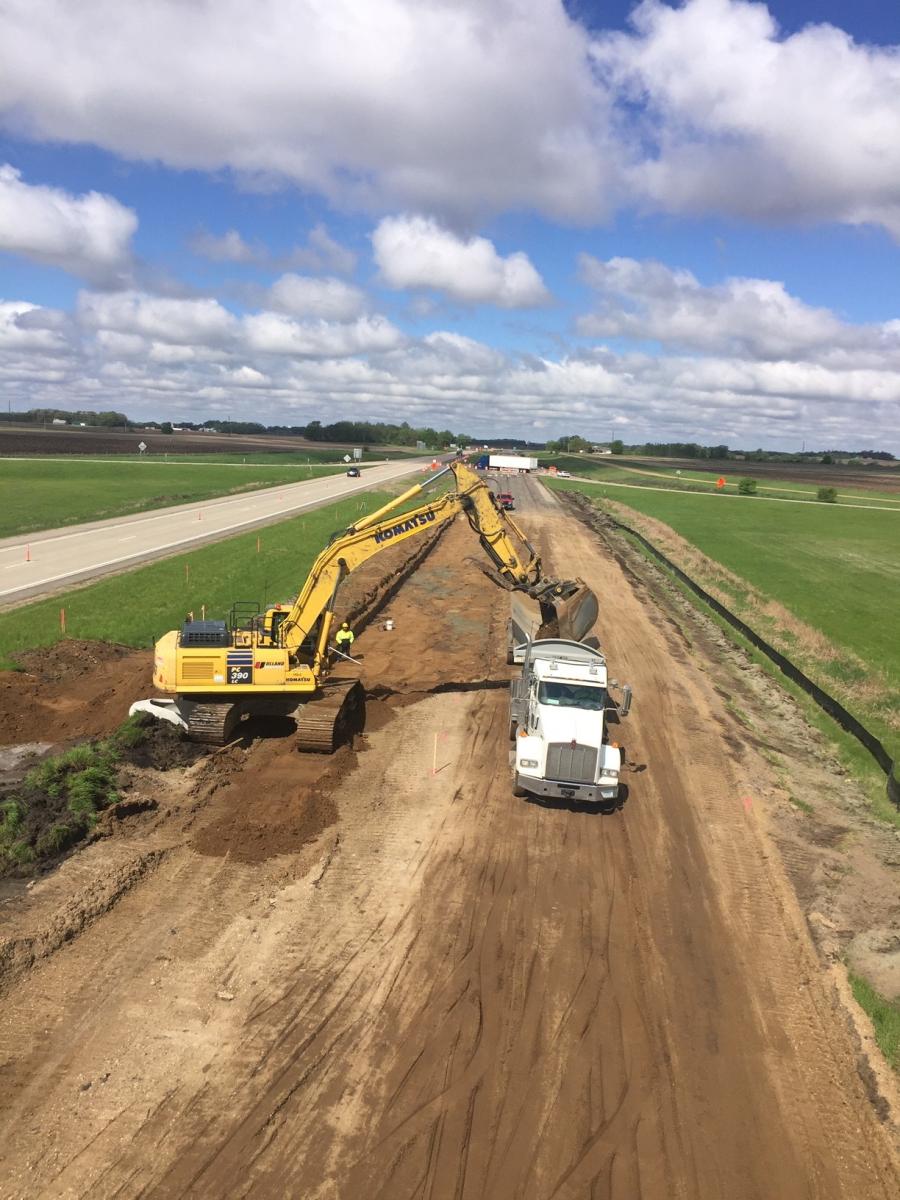 The goal of the project, for the section of concrete road, is to extend the lifespan of the highway via necessary repairs and ensure a smoother ride for regular and commercial traffic. Although located in a rural area, 12,000 to 13,000 vehicles use the highway daily; a mix of manufacturers and large businesses use the highway adjacent to the intersection of I-90 and Interstate 35 at Albert Lea near the Iowa border.

"The interstate lanes are nearing the end of their lifespan and we were able to use some of our additional one-time funding from the state to upgrade the repairs to a longer-term fix," said Mike Doughterty, MnDOT's District 6, director of communications and Public Engagement. "It was originally planned for a blacktop overlay, but we upgraded the plans when the legislature approved one-time additional funding that allowed us to review projects to see where we could improve pavements, and this is an area that was chosen. The eastbound lanes were repaved in 2001 and are holding up well. We have some concrete pavement rehabilitation work planned for select areas in future years for the eastbound, but overall the lanes are in good shape."

"Because this area is adjacent to the crossroads of two interstate highways, there are some challenges in doing an unbonded concrete overlay that will close some of the off and on ramps for westbound traffic," said Dougherty. "We met with a number of the area businesses and groups in the preceding year to talk about it to gain an understanding of their needs, and to help them get the information in an advanced period of time to make plans and connect with customers."

The project is based on three stages – fall 2018, spring-summer 2019 and fall 2019. With sections of the highway already marked out through the schedule, MnDOT has been able to inform local residents of the traffic impacts. Last fall's work saw intermittent lane closures on I-90, and for the spring/summer work, I-90 will be reduced to a single lane in each direction on the eastbound roadway, with select exit ramps from westbound I-90 to be closed and detoured. For the late summer/fall 2019, all I-90 lanes will be open, with select ramp closures in effect until project completion later in the fall.

Detours (eight in total) to keep the construction crews safe and maximize their work have already been determined, and are implemented as soon as benchmarks are met. Six more detours remain. 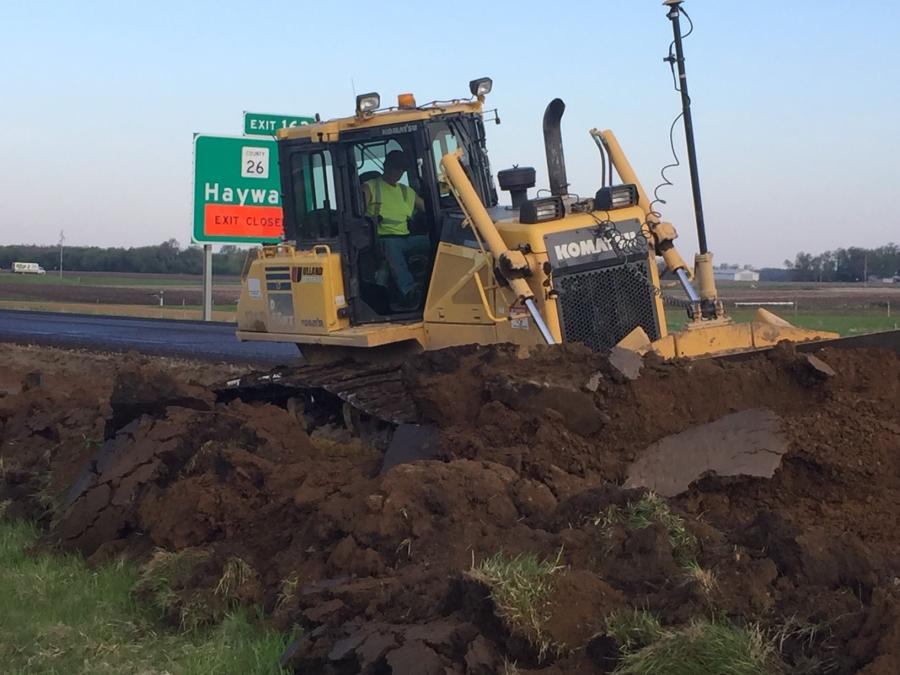 "Construction projects such as this one are disruptive, so we are always weighing the options we have available," said Dougherty. "If we could close a highway and ramps completely, the work can go much quicker, but we have to balance that with the inconvenience to motorists and the public that relies on this highway for commuting, commerce and connection of communities. The construction setup should still allow for the work to be done quickly, but also keep traffic flowing through, just with fewer lanes and some detours to connect to other highways or ramps."

Andy Erichson, Ulland Brothers' vice president and general manager, and also serving as the project manager, said the company used the winter break to review and upgrade the work plan and schedule.

"We shut down westbound I-90 on May 6," he said. "Challenges include tight time frames and extensive grading work to get completed for the bituminous and concrete paving. MnDOT did it this way because when constructing crossovers in the spring, it's usually pretty wet from the weather and the rain. By constructing the crossovers in the fall, the project was able to start right away this spring and provide time to complete it over the course of the summer and finish in mid-September instead of November.

"They allowed us to put traffic head-to-head on the other side of the road," he added, "so we have enough work space. We're able to leave our equipment on site every day, and we have laydown yards outside of the project limits. We've built quite a few of these projects over the last 15 years and it helps to have an understanding of how they work in terms of scheduling and the scope that is involved. Relations with the MnDOT team are very good, and we've been able to take care of issues in a relatively quick turnaround." 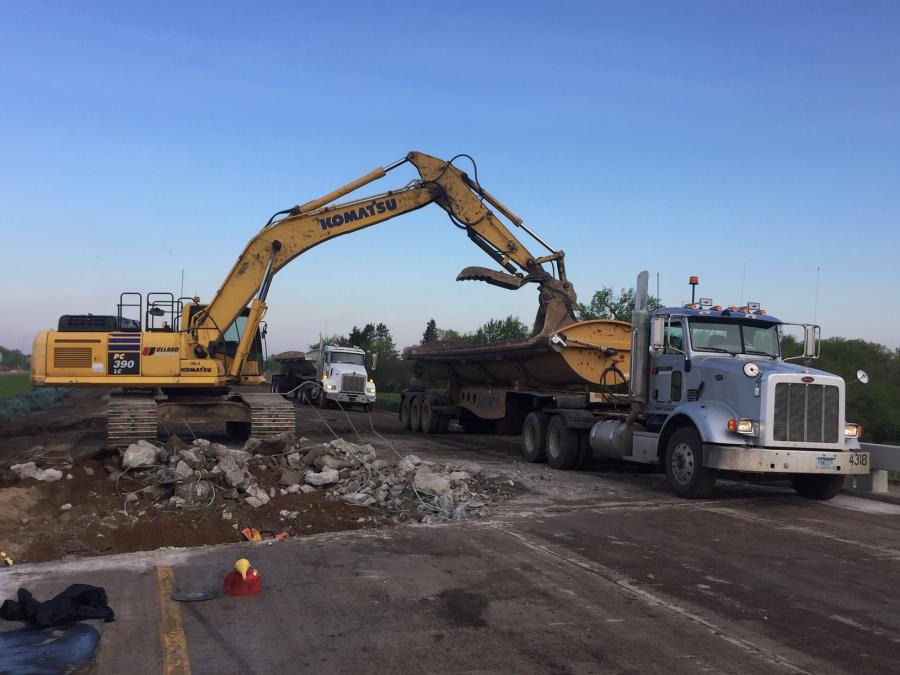 Construction of the crossovers took place between September 7 and 29.

The mainline repairs and bridge re-decking will see crews remove concrete pavements, asphalt and other removals followed by excavations subcuts and new backfill materials — select granular borrow and Class 5 Q, an aggregate base.

"This should be completed in mid-August," said Erichson. "Ramp construction and crossover construction will go from mid-August until early to mid-September. Ulland Brothers will have numerous crews and subcontractors on site daily. We have spent extensive time planning and scheduling operations to complete this project due to the tight schedule — we'll finish the entire mainline portion in the middle of August. When the road is completely open to traffic, then we'll do the ramp work and remove the crossovers at the same time."

PCiRoads was subcontracted by Ulland Brothers to do the concrete paving.

So far no utility issues have been encountered, although there will be utility crossings later in the project.

The re-decking of the bridge, subcontracted to Lunda Construction, began on May 6 and should be completed in the first or second week of July.

"They removed the old deck in a few days," said Erichson. "The road below was closed for the removal, which allowed it to be a much quicker process and rapid clean-up of materials that fell onto the road. The bridge is completely closed to traffic. Lunda has a good understanding of re-decking operations."

The two superintendents overseeing the day-to-day operations are Chris Venem and Ryan Bergemann.

"They are very good at managing projects and both have extensive experience with this type of grading, organization and scheduling," said Erichson.

Peak days will see between 18 and 40 Ulland Brothers and subcontractor construction workers on site. 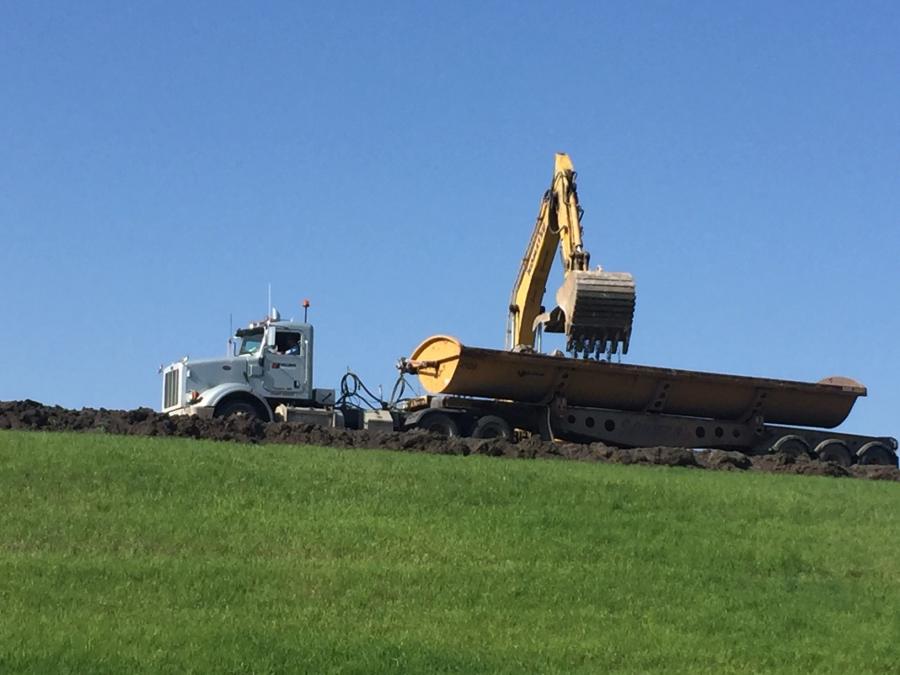 "Removal can be hard on the equipment," said Erichson, "particularly the wear and tear of ripping out concrete pavement. We have our own mechanics and our office in Albert Lea is close by, so mechanics can be sent to the work site rapidly."

Ulland Brothers purchases and rents equipment from many dealerships in Minnesota.

"The dealerships are very helpful if we need additional resources for certain aspects of the project," said Erichson, "and they are there to supply equipment and other support if needed. We communicate with them on our demands so that they can plan ahead and be prepared for any additional equipment needs that we might have."

Erichson is confident that the delivery deadline will be met.

"Our personnel come to work and want to meet those demands," he said. "They step up and face the challenges and complete difficult projects on time to the satisfaction of MnDOT."