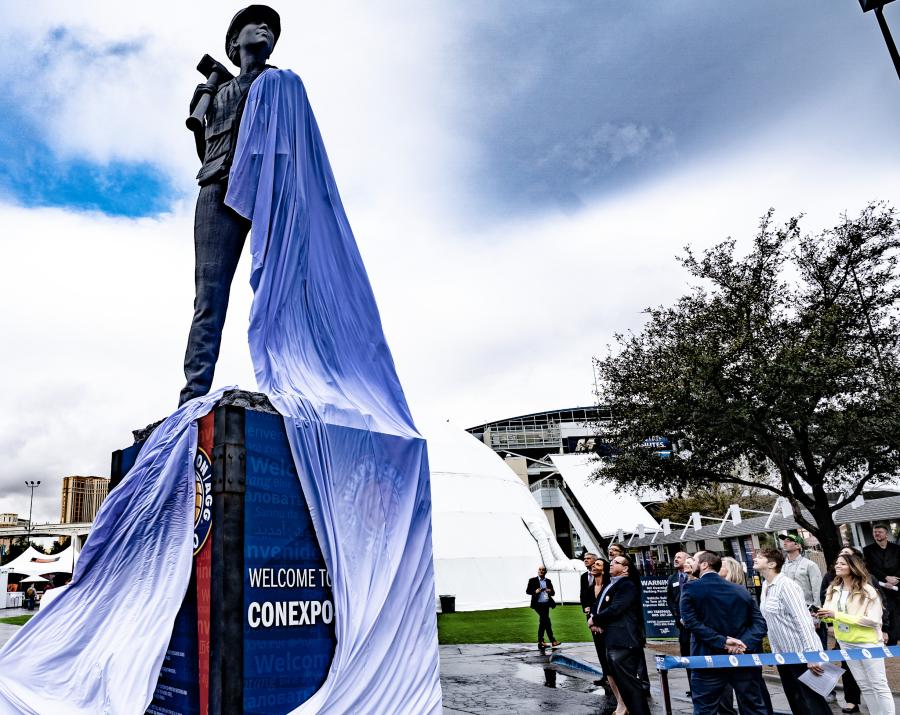 ConExpo-Con/AGG unveiled a 3D printed statue of a female construction worker to represent the growing role women play in the construction industry.

The statue is the world's largest 3D printed statue of person. Standing upon a 10-ft. base, the statue stands an additional nineteen feet high, with her feet placed approximately 10 ft. apart. The statue was designed by Wauwatosa, Wisc.-based 3D artist Anna Benjamin, printed by White Clouds in Ogden, Utah, over the course of two months, and unveiled in the show's Tech Experience area in Silver Lot.

"As North America's largest construction trade show, we recognize the important and growing role women play in our industry and we're so proud to unveil this statue to symbolically represent the women who work hard every day to build our world," said ConExpo-Con/AGG Show Director Dana Wuesthoff.

This new statue joins two other statues that depict male construction workers that have been greeting ConExpo-Con/AGG attendees since the 1990s.

"In creating the statue design, we took into consideration how a woman would look on a construction site and making sure we conveyed her power, pride and strength for the work she does," said artist Anna Benjamin.

Benjamin says she put in almost four hundred hours' worth of work into the design, which is the first statue she had ever created. Benjamin primarily does 3D texture for digital characters, including video game characters and even 3D models for television and movie projects.

"We're so happy with how this project came together, and proud of everything that it represents," said Wuesthoff. "We're looking forward to seeing how women continue to become more visible in the construction industry and learn about the great careers the industry has to offer to both women and men."