The biggest area of concern expressed during the meeting was the growing technical skills gap. 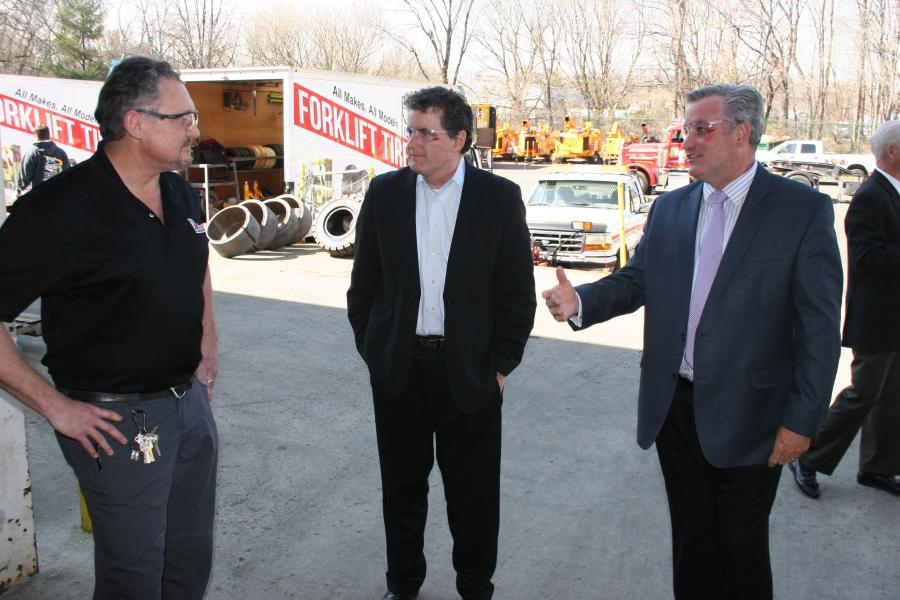 During the visit the group sat down to discuss policy issues that impact the dealership's ability to serve its customers.

The biggest area of concern expressed during the meeting was the growing technical skills gap. Farrell explained that young employees with post-secondary technical training are becoming increasingly more difficult to find and hire. This is important because aftermarket service is a key component of the company's value proposition to the end user.

Bob Henderson, vice president and COO of AED, emphasized Farrell's point, citing a recently released workforce study by the College of William and Mary, projecting that in the coming decade, construction equipment distributors across North America will forego $2.4 billion annually in collective revenue due to their inability to fill available service positions.

After the discussion, the group toured the facility and met with several Modern Group employees so Fitzpatrick could hear about their background and what led them to this industry.