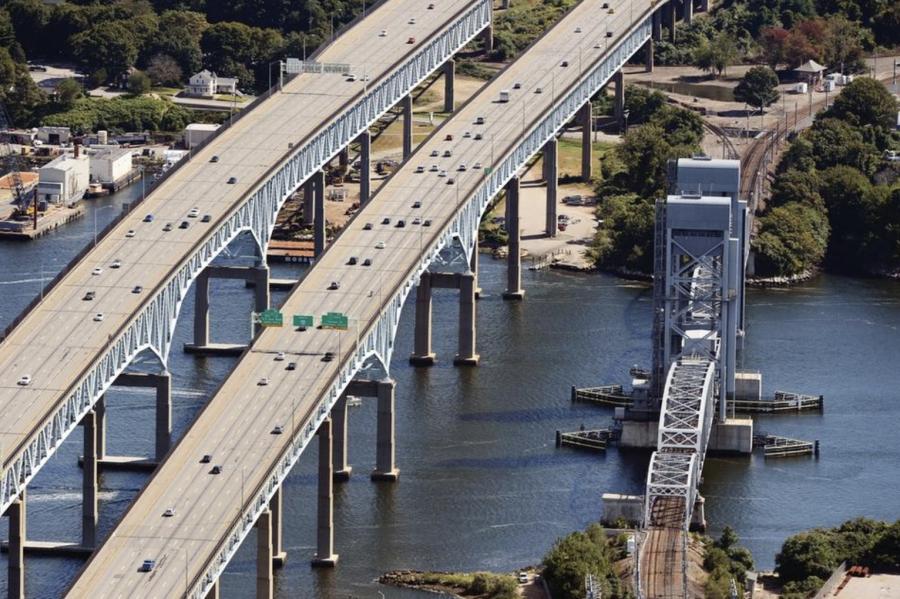 The Gold Star Memorial Bridge (left) next to the Thames River Railroad Bridge.

Construction of the Gold Star Memorial Bridge on I-95 southbound has begun.

The Connecticut Department of Transportation says work on the southbound side of the Gold Star Memorial bridge is expected to finish by November of 2018.

Long-term lane shifts and closures are expected while construction is in place.

How will they keep four lanes open? Shoppe says the secret is the ten foot shoulders which will be reduced and used for travel.

“We need the work done. So it needs to be done,” said Brittany McLaughlin of Montville who is fine with any delays the construction might cause. “Absolutely.”

On Monday there were no delays. That's because the initial work was being done underneath the bridge where supports were being repaired.

“We have concrete that's been falling apart over the years,” said Shoppe. “We basically chip it out. We pour concrete patches. Replace any reinforcing steel.”

The $30-million overhaul will also replace all the old asphalt on the southbound side of the bridge, the old membrane underneath the asphalt, and all of the joints.

The first changes commuters will see is repainting of the lines starting Monday night. During the week the concrete barriers will be put in place with construction not expected to begin until next week.

“We feel we can accommodate everybody with the least inconvenience and have enough room to get our work done,” said Shoppe.

The larger part of construction to repair the northbound side of the bridge is expected to start in the spring of 2018.