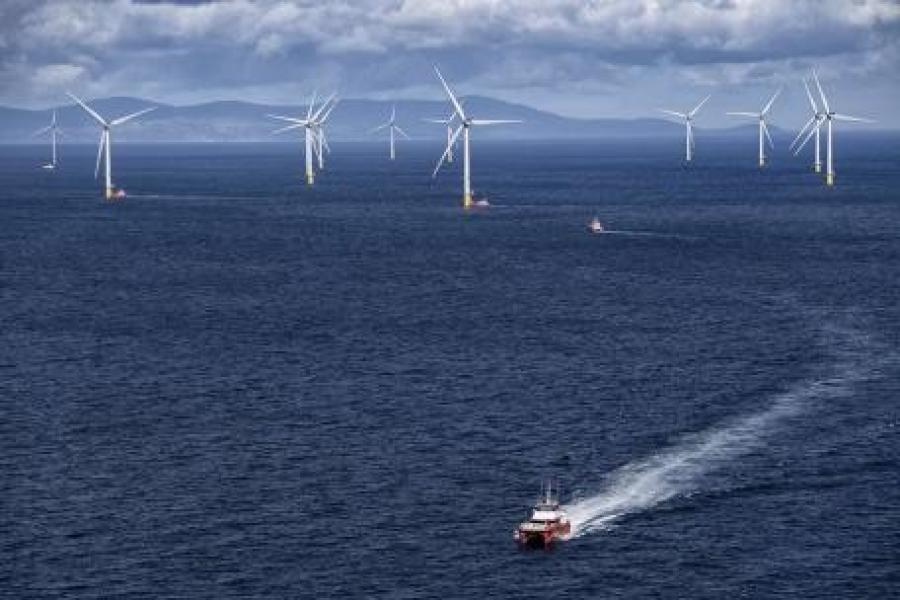 Ørsted’s received aproval for a long-term power-purchase agreement with Eversource and United Illuminating for the 200 megawatts of clean energy that Revolution Wind will deliver to Connecticut. (Ørsted photo)

Ørsted US Offshore Wind has received approval from Connecticut regulators of its 20-year power-purchase agreement for the Revolution Wind offshore wind farm.

"Connecticut is now an important player in America's offshore wind industry," said Jeffrey Grybowski, co-CEO of Ørsted US Offshore Wind. "We're proud to be building the state's first offshore wind farm. We're ready to make major investments in our local workforce and in the Port of New London to ramp up this project."

Deepwater Wind — now Ørsted US Offshore Wind — committed to investing at least $15 million in the Port of New London to allow substantial aspects of Revolution Wind to be constructed in New London. The company also plans to open a development office in New London and use a Connecticut-based boat builder to construct one for the project's crew transfer vessels in Connecticut. The project is expected to create more than 1,400 direct, indirect and induced jobs.

Ørsted acquired Deepwater Wind in October. The new combined organization — Ørsted US Offshore Wind — will be able to deliver clean energy to every coastal state in the densely-populated east coast corridor between Massachusetts and Virginia. Seven states in that region have already committed to build more than 10GW of offshore wind capacity by 2030.

The new company launches as the clear leader in the U.S. market, with the most comprehensive geographic coverage and the largest pipeline of development capacity, totaling over 8GW, according to the company.

Ørsted US Offshore Wind is joint headquartered in Boston, Mass., and Providence, R.I.

About Ørsted in the U.S.

Ørsted has created a leading U.S. offshore wind platform with a comprehensive geographic coverage and large pipeline. Ørsted US Offshore Wind can deliver clean energy to the seven states on the U.S. East Coast that have already committed to building a total of more than 10GW of offshore wind capacity by 2030.

Ørsted's US offshore wind farms in operation (30MW in total):

Ørsted's US offshore wind development projects with revenue contracts awarded or under negotiation (840MW in total):

Ørsted's future offshore wind development projects in the United States (can potentially be developed into a total capacity of approx. 8GW):