The privately-funded project includes a slew of incentives for the area, as well as Connecticut. 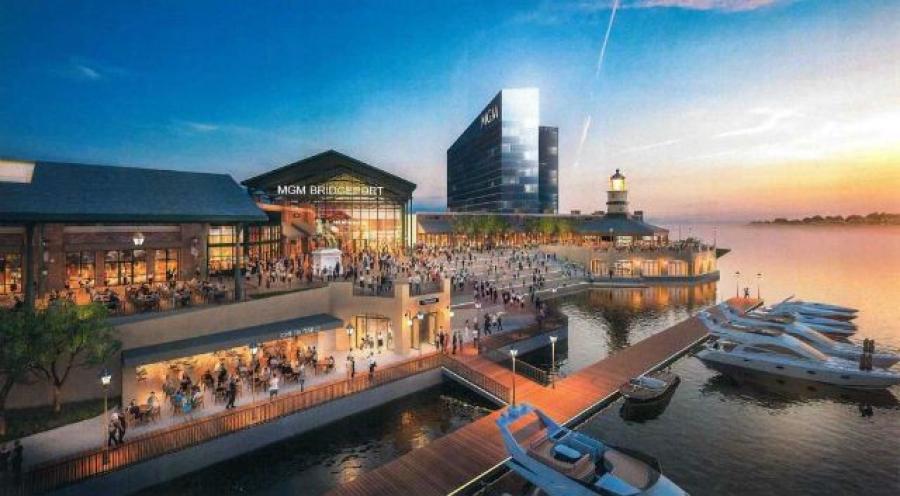 MGM announced Sept. 18 its plans for a new $600 million casino in Bridgeport, Conn.

MGM announced Sept. 18 its plans for a new $600 million casino in Bridgeport, Conn.

The project will create 7,000 jobs and will be open for business 30 months after groundbreaking, Mass-Live reported.

The privately-funded project includes a slew of incentives for the area, as well as Connecticut:

The facility will include:

Before building can begin, the project must still win approval from both the state's governor and state legislature, who have already voiced their approval for another casino in East Windsor that will be run by Connecticut tribal gaming operators, Mass-Live reported.

Murren himself is from Bridgeport.

Right now, Connecticut's 2017 gaming law will not allow MGM to build, as it has given the developers of the East Windsor project — MCCT (a joint Mohegan-Mashantucket Pequot venture)—exclusive casino building rights, Mass-Live reported. According to the tribes involved, the East Windsor project is meant to stem the financial impact of MGM's Springfield, Conn., casino plans.

In response to MGM's announcement Sept. 18, MMCT released a statement saying that MGM's plans “would void Connecticut's compact with the tribes and end gaming revenues from Foxwoods and Mohegan Sun,” Mass-Live reported. In its statement. MMCT also said MGM's latest venture was another piece of “a pattern of dishonesty.”

But Uri Clinton, MGM's senior VP, said his company's project was the only “shovel-ready” one available, and would focus on drawing in gamers from New York.

"We're going to be asking for approval of this project," Clinton said. "The train is moving fast."