Twenty-nine years ago, in 1991, Phil Marini decided to venture out on his own and start his own paving and masonry company in the New Haven and Fairfield counties of Connecticut. 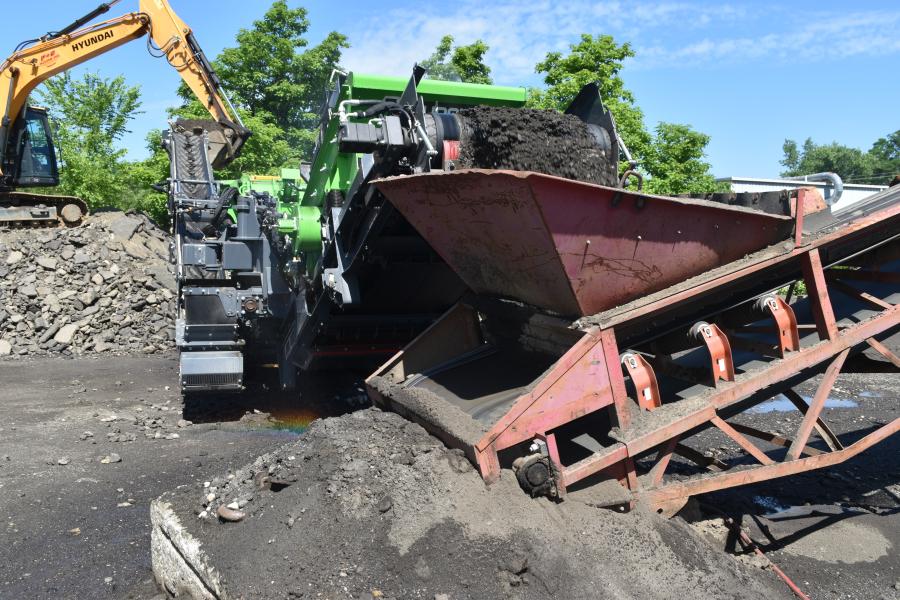 With not much more than a wheelbarrow and a shovel to start with, he built a reputation for hard work and integrity, and today P & S Paving, which is headquartered in Seymour, Conn., employs more than 40 people.

"It took working seven days a week and investing in the right types of equipment like our fleet of LeeBoy pavers and standing behind the work that we did," Marini said. "But it really did not take long to build a successful business with a great reputation. Even through some horrible recessions, we have not really been impacted. I have been able to keep our employees busy no matter how difficult the economy gets, including the recent COVID-19 crisis."

As is the case with most paving companies, P & S Paving increasingly ran into situations where jobs called for the removal of existing asphalt before new asphalt could be laid. Over the course of the past couple of decades, it has become common for larger paving contractors to stockpile this asphalt and process or crush it and use it as an aggregate on future projects, which is exactly what Marini did.

In 2014, he purchased a Pegson portable tracked impact crusher and a Powerscreen Warrior screening plant to take care of processing or recycling his excess waste asphalt.

Six years later, Marini had a neighbor situation that needed to be addressed — complaints about the noise levels being generated by the crushing plant and the dust. 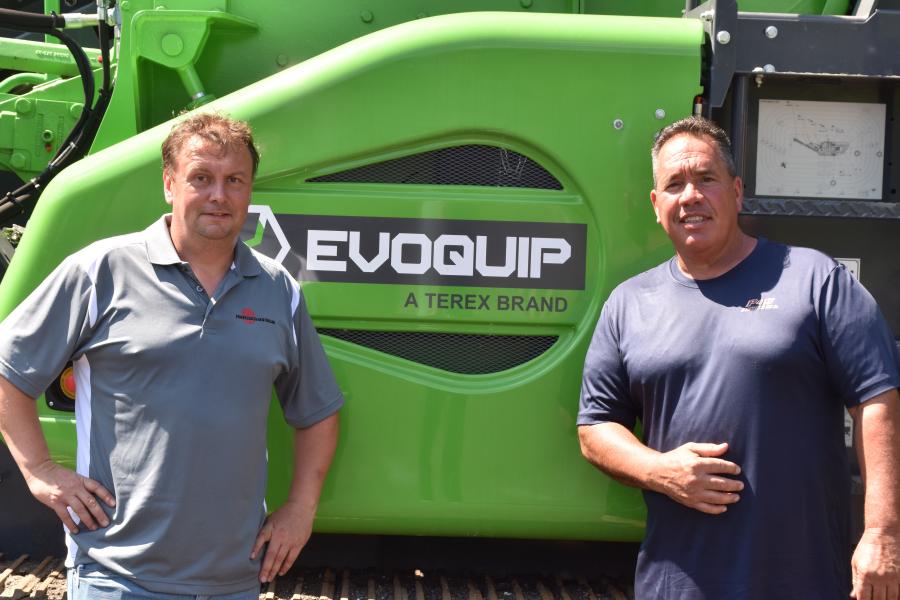 The old equipment was getting dated, so Marini decided that it was time to make a change and called upon the crushing expert that he had worked with in the past, Powerscreen New England's Graham Wylie.

After evaluating the situation with Wylie, it was determined that P & S's current crushing and screening spread was losing a lot of efficiency with too much oversized material being produced that had to be reprocessed. So, Wylie recommended that as they looked to some solutions to reducing noise levels and dust, they also could dramatically increase efficiencies at the same time.

The solution that Wylie offered came in the form of a EvoQuip model 230R closed-circuit tracked impactor. This new system, just released, featured a dust suppression system, which immediately took care of any complaints neighbors could have about air quality, and it operates at noise levels below 88 decibels — dramatically quieter than the old Pegson system.

The EvoQuip 230R features a hydraulic swing-out conveyor, which can be used to make two different sized products, or can be used to feed oversized materials back to the impactor.

Weighing in at just 65,000 lbs., the EvoQuip can be moved in just one load, so that when P & S runs into the appropriate sized job, the asphalt can be crushed on site without getting into permitting or hauling in multiple loads. 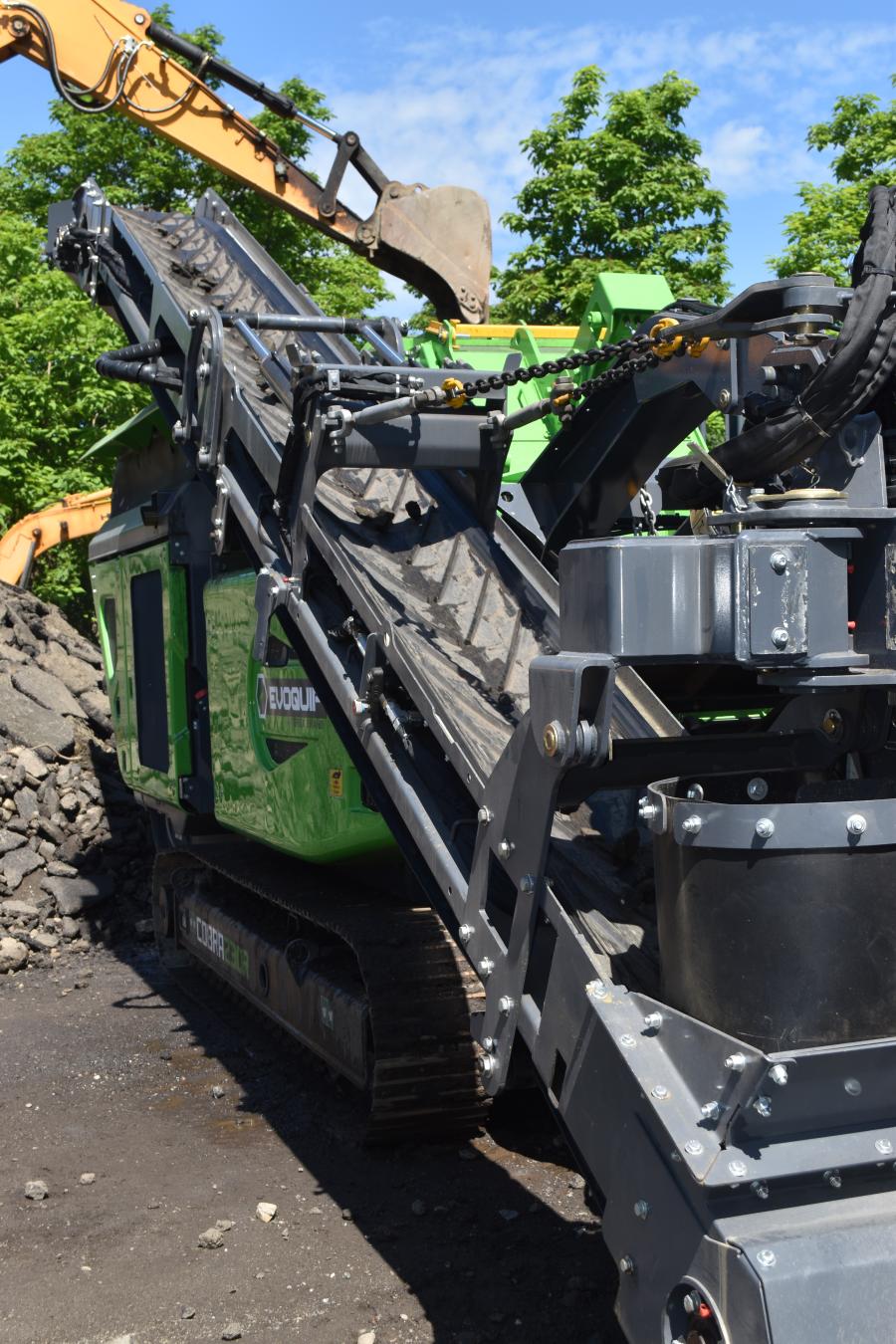 Another advantage to its compact size is that the crushing spread is taking up about half as much space as the previous spread. Space is of growing importance to Marini as the company grows, and the less space the crushing equipment takes up, the more space he has available for material stockpiles and his growing fleet of trucks and equipment.

"Some of the benefits of the EvoQuip 230R were not necessarily anticipated," Marini said. "The remote-control system is a big plus. I can operate virtually every aspect of the unit from inside the cab of the excavator. The product that we're making is far more consistent — a 1-inch minus product at a significantly greater volume than we have been able to produce in the past.

"The more I get to know the machine the more impressed I am. The double-hydraulic adjust aprons are solid, they do not move. They are not spring loaded, which means a harder hit.

"The auto-feed works on engine load, which maximizes use based on the load to the motor. The result is that it does not jam up and you are not smoking belts.

"Overall, this machine is an improvement in what we are doing in every way. The screen box lowers making cleaning dramatically easier. The EvoQuip has a simplified startup and shut down system. We have not really needed to use it yet, but our spread is equipped with the new Pulse Intelligent System. This uses GPS to give us location, startup and stop times, fuel consumption, tonnage, cone settings, and maintenance status. It can alert us when problems are developing before they ever manifest."