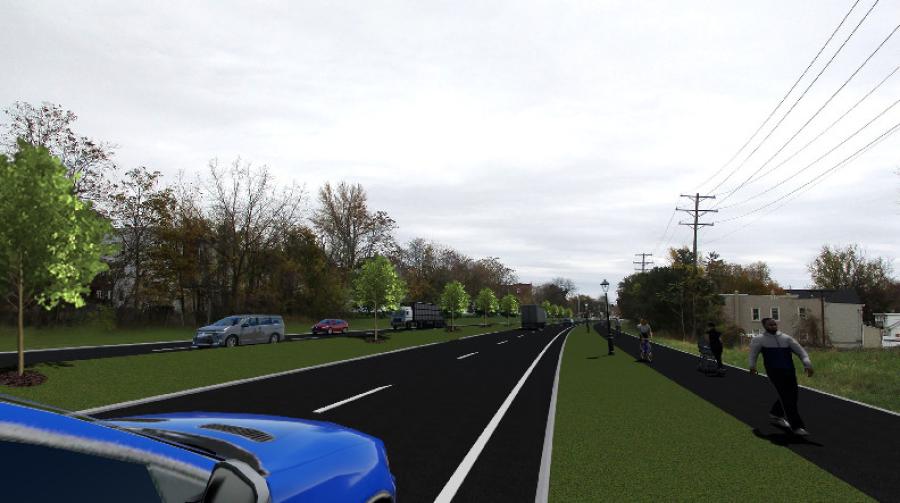 The project will restore the connection between the east and west sides of the city of Cohoes with a roadway featuring updated crosswalks and a landscaped median.

Gov. Andrew M. Cuomo announced that work would begin in August on a $10.7 million project to convert Route 787 in Cohoes, Albany County, into a boulevard, creating a welcoming, pedestrian-friendly gateway to the Spindle City. The project will restore the connection between the east and west sides of the city of Cohoes with a roadway featuring updated crosswalks and a landscaped median. Construction is scheduled to be completed by the end of next year.

“This transformative project on Cohoes Boulevard combines smart urban planning with significant safety enhancements that will make Cohoes better for residents and visitors,” Cuomo said. “Making it easier to cross between the east and wide sides will open up new business opportunities and reconnect neighborhoods, spurring regional growth and economic development for years to come.”

Last year, Cuomo announced the conversion project, which will address Route 787 through the city limits, from just south of Dyke Avenue to just south of the approach to the Cohoes Waterford Bridge. This area of Route 787 is known locally as Cohoes Boulevard.

New York State Department of Transportation Acting Commissioner Paul A. Karas said, “Safety is our top priority and this project will enhance safety, connect neighborhoods and support future economic growth. Governor Cuomo has made smart transportation investments like this across New York State, improving the quality of life for everyone who lives, works and visits.”

The redesign of Route 787 adds raised pavement to its three intersections in the city — at Dyke Avenue, Bridge Avenue and Ontario Street. A first for the Capital Region, the “terraced” intersections will increase visibility for pedestrians and motorists, and will slow motor vehicle speeds with a gentle-but-noticeable, four-inch rise and descent on the road surface. Both the approaches to the intersections and the crosswalks will be brick red. The color contrast and raised elevations will help alert drivers to pedestrians. Narrower shoulders, new curbs, “your speed” radar signs, and a slight horizontal shift for traffic heading northbound toward Dyke Avenue also will encourage motorists to drive more slowly.

Once the traffic-calming project is completed, the speed limit is expected to be reduced from the current 40 mph. The project also will include two pull-off areas in each direction for police vehicles to park for traffic safety enforcement.

The project will add a tree-lined grassy median and a multi-use path, contributing to the gateway feel. The 10-ft. wide multi-use path along the east side of the road will connect with new, dedicated bicycle lanes on Dyke Avenue as part of the Empire State Trail and its connection to the Mohawk-Hudson Bikeway.

Furthermore, the pedestrian enhancements at the road's three intersections will help bolster the connection for all those who cross the boulevard for work, school, shopping and more between Cohoes' Van Schaick Island and Simmons Island neighborhoods on the east and the downtown, Cohoes Hill and the Harmony Mills neighborhoods on the west.

For pedestrians, 6-ft. wide refuge islands at the median with pedestrian signals and push-buttons will be added at each of the three intersections and the distance across each intersection will be reduced:

New lighting also will be added to the Dyke Avenue intersection; lighting already exists at the other two intersections. The project will add a new sidewalk connection to the Waterside Senior Apartments on Dyke Avenue.