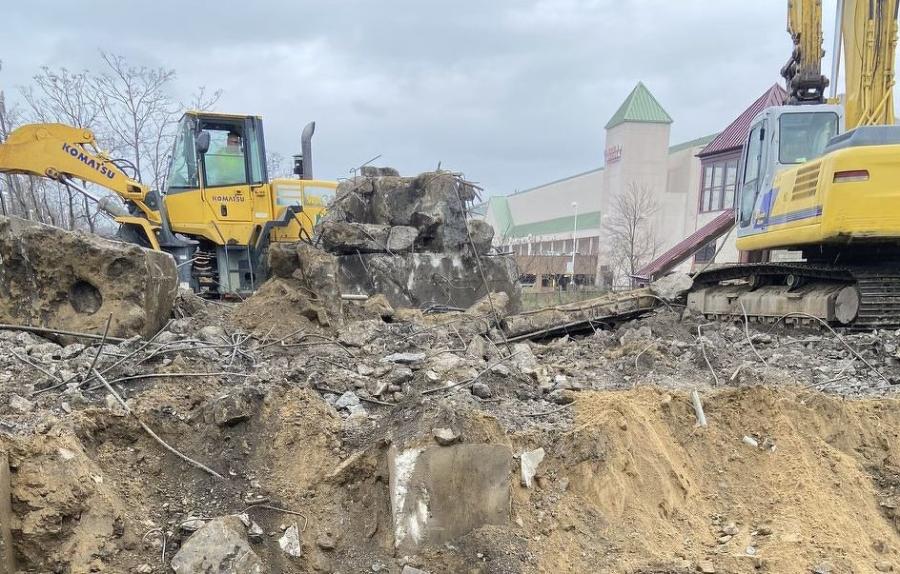 Spinnaker Real Estate of Norwalk, Conn., and Eastpointe of Fairfield, Conn., are the real estate companies partnering on the property and they secured a $68 million loan to construct the 300-unit property in the Black Rock section of Bridgeport. The companies formed a joint venture and purchased the site at 286 Canfield Ave. for $7.7 million in August.

Live Oak Contracting, Jacksonville, Fla., is the lead contractor on the job and is being assisted by M&O Construction, New Milford, Conn., which completed demolition and is currently working on initiating the site work and the foundations for the new apartment buildings.

The site housed a 50,000-sq.-ft. Showcase Cinemas multiplex with a 500-plus car parking garage, where the apartments will be constructed, according to Bryan Ring, Live Oak's project manager. 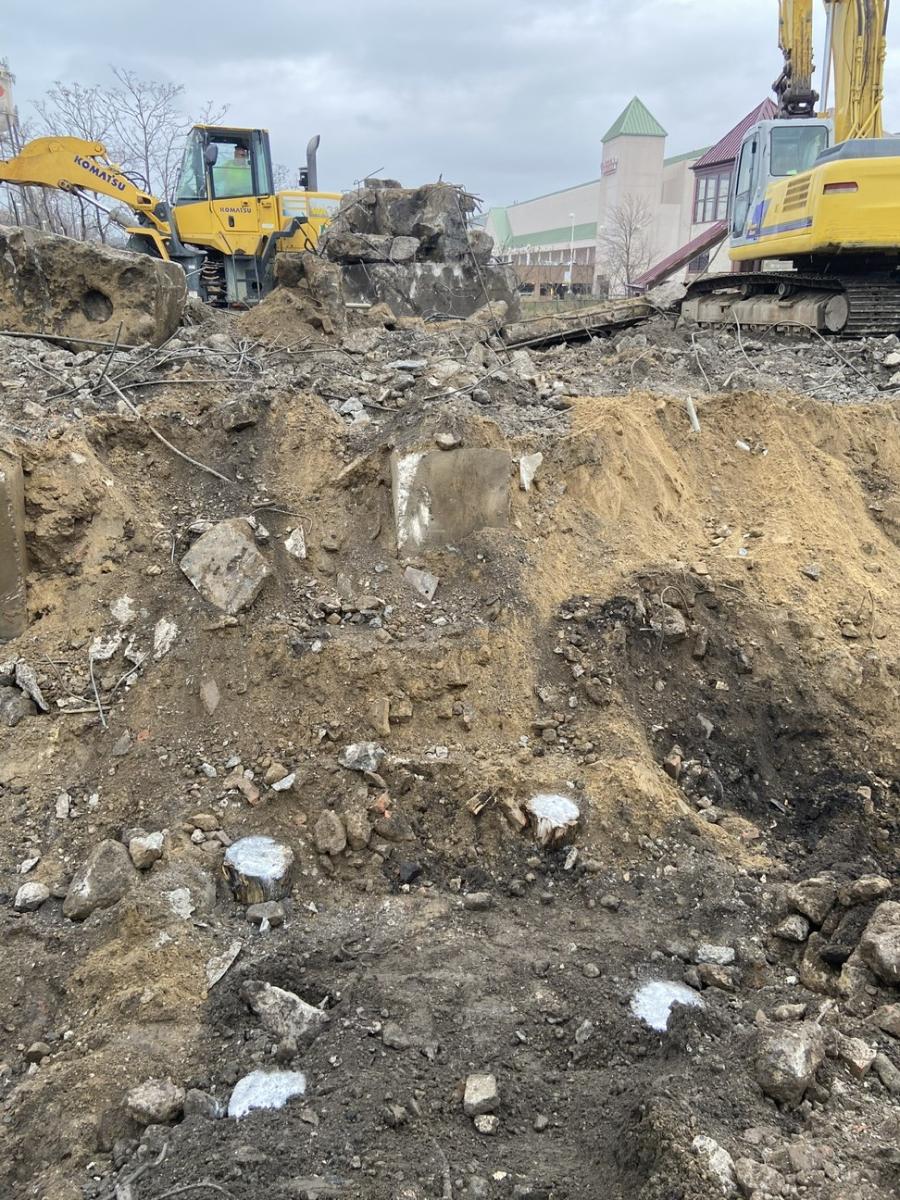 "The movie theater and parking garage were demolished and we're preparing the site for foundations, putting piles in on the smaller side and pouring foot foundations," he said. "We plan to start framing in January."

Bill Weingart, M&O Construction's general superintendent, said his company has done most of the preliminary work with the assistance of Helical Drilling of Braintree, Mass.

"We started the earth work in October and the demolition of the movie theater was finished before Christmas," he said. "We took it down along with a small corner of the two-story parking garage. Now, we're working on the foundation for the new buildings. We'll do the digging for the foundation, which will be poured with concrete."

Weingart called this stage of the job rigid inclusions. "We bore down to hard soil or bedrock that will be filled with concrete grout to support the new buildings."

He said the job is running smoothly, after a brief delay caused by a snowstorm in December. The construction equipment M&O Construction has used on the job includes Kobelco excavators with hammers and Komatsu concrete crushers, loaders and dozers, Weingart said.

The development features a five- and six-story apartment building with studio, one- and two-bedroom apartments, averaging 850 sq. ft. The property also will feature more than 20,000 sq. ft. of amenity space and a parking garage with 500 spots for residents.

Construction is expected to be completed in December 2021 and the first units will be delivered in the first quarter of 2022.

The Sullivan Architectural Group of Milford, Conn., designed the project.

Peter Rochford, senior director of JLL Capital Markets, which arranged the loan for Spinnaker and Eastpointe, said, "The project will be highly attractive to families transitioning to a more suburban lifestyle and empty nesters downsizing from large single-family homes to modern rental properties. The Bridgeport market has seen a large influx of New York City residents since the beginning of the COVID-19 crisis and this property is well positioned to benefit from the shift in renter preferences." CEG