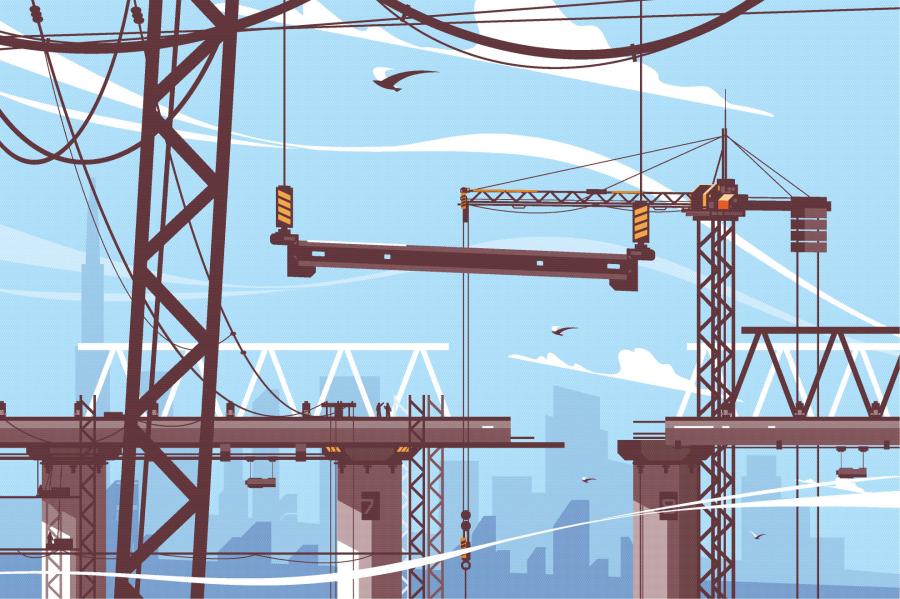 Using its new and innovative design-build process, the Georgia Department of Transportation (GDOT) is taking a different approach to replacing the westbound two-lane bridge across Lake Lanier on State Road 53 at the Chattahoochee River.

Because of the accelerated approach to the construction, the new bridge is expected to be complete within the next 18 months.

Cranes and barges were positioned along the existing structure and shore in mid-July to begin building the replacement for the westbound Jerry Jackson Bridge, originally built in 1956 when the lake was filled.

The new westbound bridge will be constructed in between the current spans.

"We're anticipating a minimal amount of traffic disruption over the course of construction," said Katie Strickland in the District 1 office of the GDOT. "Because the replacement structure is being built between the eastbound and westbound bridges, traffic will be able to continue to use these two spans until the new westbound bridge is complete."

The replacement project, managed by GDOT's Office of Innovative Delivery and using design-build techniques, is expected to be completed by December 2022. The design-build team consists of E.R. Snell Contractor Inc. as the contractor and Texas-based Atlas Technical Consultants as the designer.

The eastbound lanes of SR 53, known locally as the Dawsonville Highway, were built in 1992. This span will continue to transport eastbound traffic during and after the new westbound span is finished.

In the past five years, the GDOT has reconstructed other bridges across Lake Lanier. The Clarks Bridge on SR 284 was widened and rebuilt in 2015; the Boling Bridge on SR 53, constructed between 2016 and August 2018; SR 369's bridges over Six Mile Creek and Two Mile Creek, both of which opened in 2019; and the Longstreet and Bells Mill bridges on SR 11/U.S. 129, completed earlier this year.

Additionally, work on rebuilding the Browns Bridge, sometimes known as the Big Green Bridge, along SR 369, will have its traffic shifted onto the new structure by the end of 2020.

In Dawson County, SR 136 has a bridge that spans Toto Creek that will be replaced in the same footprint, causing a complete closure to traffic during construction. A detour for motorists will be established. The contract will be awarded to a contractor in June 2021, according to GDOT.

"The new structures include shoulders, and a few were raised more than a dozen feet to accommodate boat traffic and the rising lake levels," Strickland explained. "However, these new structures might be something folks have to get used to seeing. Gone are the days of the green metal bridges over Lake Lanier."