The $1.6 billion project, which began with demolition in September 2016, is now ready for work to begin to turn it into a new train hall. 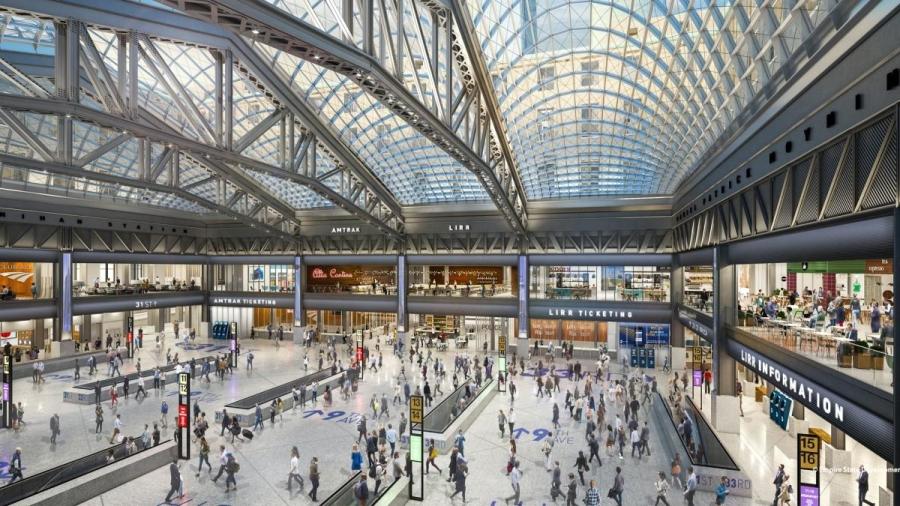 The $1.6 billion project, which began with demolition in September 2016, is now ready for work to begin to turn it into a new train hall. When completed, the 255,000-sq.-ft. hall will have nine platforms, 17 tracks, 11 escalators, seven elevators and a 92-ft.-tall skylight. In addition, the space will contain 700,000 sq. ft. of commercial retail and dining area. The building will connect with the Eight Avenue Subway, and there will also be a brand-new entrance to the Penn-Farley complex on Ninth Avenue, Curbed reported.

“For decades, passengers were promised a world-class train hall worthy of New York — today, we are delivering on that promise and turning that dream into a reality,” said Cuomo in a statement. “With better access to trains and subways, vibrant retail and business opportunities and stunning architectural design, we are bringing Penn Station into the 21st century."

A developer-builder team consisting of Related Companies, Vornado Realty LP and Skanska USA have contributed $630 million toward the project's total cost. Because of this, the group has secured a 99-year lease on the Farley Building, The New York Times reported. The remainder of the project's funds will be given by New York State, Amtrak, the MTA and the Port Authority, Curbed reported.

Construction should be completed by 2020.