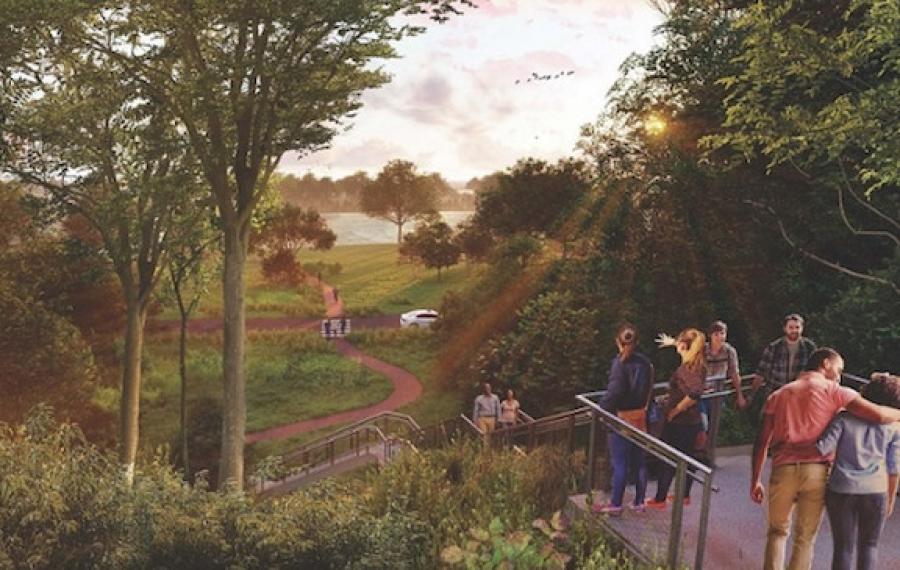 The connector will allow easier access for residents, business and visitors from the Buffalo Avenue Heritage District to the Niagara River and the American Rapids. (Empire State Development photo)

Located in the city of Niagara Falls at 305 Buffalo Ave., on the corner with Third Street, the entry goes through a one-acre-plus vacant parcel purchased by USAN through the Buffalo Billion strategic land acquisition program. The program provides funding to acquire vacant or underutilized properties near the popular state park, which draws about 10 million visitors each year.

The $682,000 project will be publicly owned and maintained.

New York Gov. Andrew Cuomo has emphasized improving the visitor experience at Niagara Falls State Park and downtown Niagara Falls, and this project builds upon public and private investments made in Niagara Falls since 2011.

"Niagara Falls is a wonder of the world unique to western New York, and one of our great tourist attractions and economic drivers in New York state," said Lt. Gov. Kathy Hochul.

"This new pedestrian entry into Niagara Falls State Park will increase accessibility and create a link between the riverway pathway system and downtown Niagara Falls. As New York reopens smartly and safely, we are building back better than ever before, and this project is another example of New York's dedication to the revitalization of Niagara Falls and the entire region for all to enjoy."

The project consists of the construction of a 6-ft.-wide asphalt pathway through the USAN-owned property, a steel stairway down a 28-ft. grade change into the park, an asphalt pathway connection to the riverway path system along the upper Niagara River rapids, and pathway lighting. The connector will allow easier access for residents, business and visitors from the Buffalo Avenue Heritage District to the Niagara River and the American Rapids.

"It has long been envisioned that every street in downtown Niagara Falls would provide pedestrian access to the water's edge," explained USAN President Anthony Vilardo. "We are very proud to have partnered with New York State Parks in providing access to the residents of Niagara Falls and to the millions of visitors we attract annually."

"With the recent restoration and expansion of the state park, it only makes sense to better connect the park to the city in any way we can," State Parks Western District Director Mark Mistretta said. "This location is a natural way for both visitors and residents to access a world-class waterfront, just yards above Niagara Falls."

Future development of the site will be conducted through a request for proposals process.

USAN, a subsidiary of Empire State Development Corp., is solely dedicated to the support and promotion of economic development initiatives in Niagara Falls by leveraging private investment and encouraging growth and renewal of the tourism industry in the City of Niagara Falls. 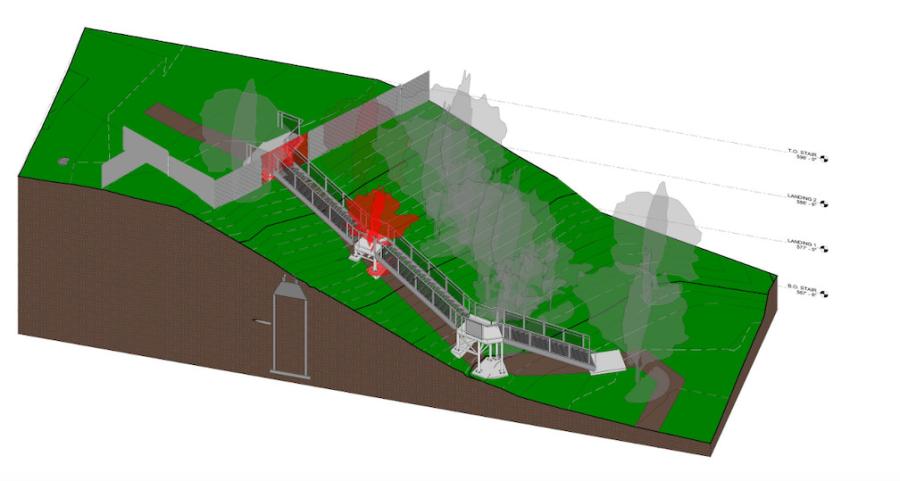 The project consists of the construction of a 6-foot-wide asphalt pathway through the USAN-owned property, a steel stairway down a 28-foot grade change into the park, asphalt pathway connection to the riverway pathway system along the upper Niagara River rapids, and pathway lighting. (Empire State Development photo)