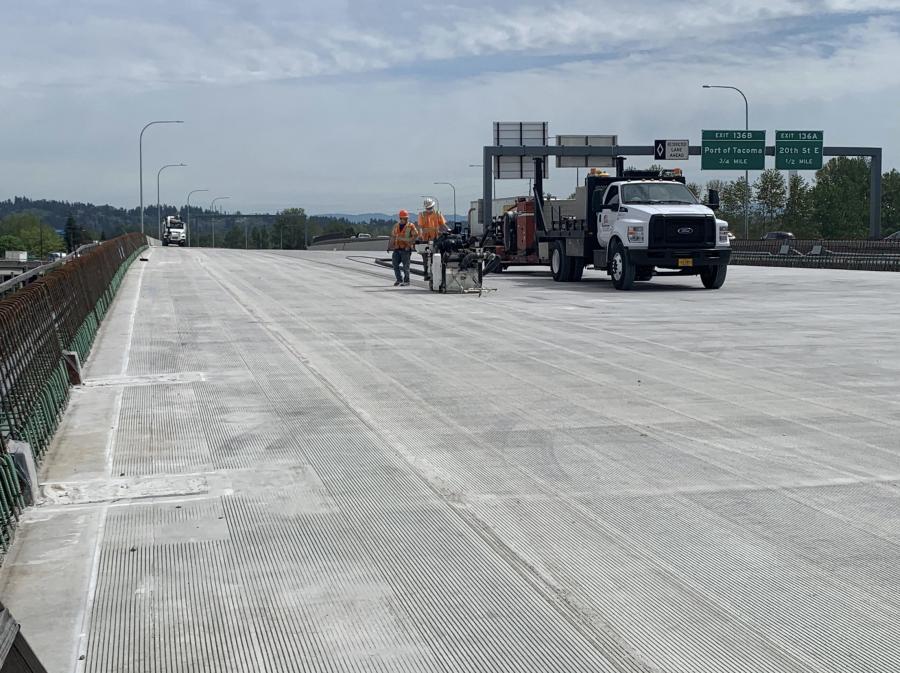 The Revive I-5 project has hit full stride as major repaving and expansion joint replacement work began on southbound Interstate 5 between Interstate 90 and Spokane Street.

Washington's Revive I-5 project has hit full stride as major repaving and expansion joint replacement work began on southbound Interstate 5 between Interstate 90 and Spokane Street. This important preservation work will continue through fall 2022.

Contractor crews working for the Washington State Department of Transportation started a two-phase project to rehabilitate the freeway on May 24.

This is similar to work that was done on northbound I-5 in 2019. It is the first major work on this section in more than 55 years.

"Interstate 5 is vitally important to our local economy," said WSDOT Project Engineer James Harper. "The freeway has held up well since it was opened in the mid-1960s, but some recent emergency expansion joint repairs are a sure sign this work is needed now. Repaving and repairing expansion joints will keep it in good condition."

The first phase of this $25.7 million project involves removing a thin layer of worn out concrete on a 1.25-mi. section of the freeway. Contractor crews from C.A. Carey Corporation will then repave this section with a new layer of concrete. All this work will take place overnight.

Once the repaving is complete, the crews will replace 40 expansion joints between I-90 and Spokane Street, plus one joint on I-90 over I-5. This work is expected to start in mid-July, although exact dates have not yet been announced. It will require up to 16 weekend-long lane reductions, including one full southbound weekend closure, between this summer and fall 2022.

Much has changed with Interstate 5 through Seattle since it was built in the 1960s. But one original feature remains — an exit-only ramp to Seneca Street and two through lanes just north of that.

A project kicked off earlier in May to expand that 1,500-ft. section to three through lanes between Seneca Street and the Washington State Convention Center.

In addition to creating a third lane, contractor crews working for the Washington State Department of Transportation will add ramp meters and an advance signing system to warn drivers of incidents that block lanes.

This project will take about a year and a half to complete. When finished, it will help reduce congestion as traffic reaches downtown Seattle.