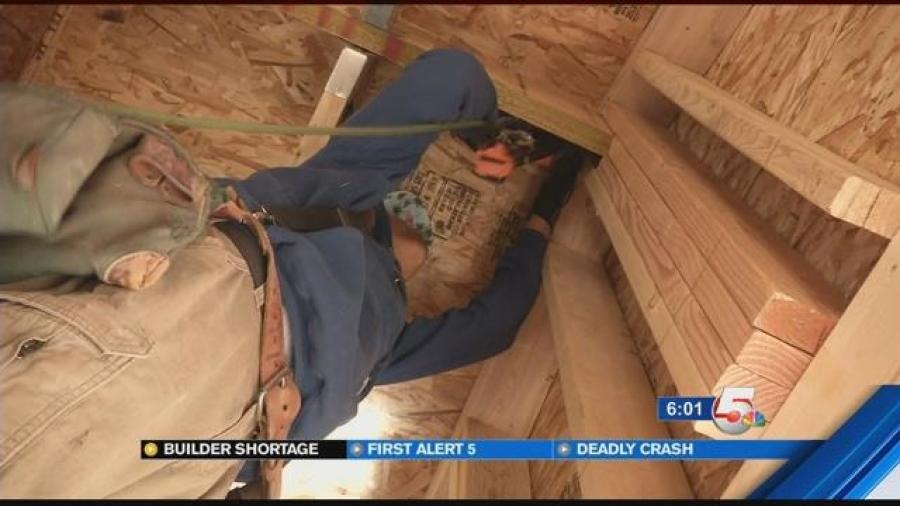 The donation that could reach $580,000 will help Pikes Peak Community College with a degree and certificate programs that would provide scholarships for skilled trade students.

Colorado Springs home building is at a ten year high and the need for workers is growing as well. A donation by locally headquartered GE Johnson Construction could start a pipeline of skilled trade workers with college degrees.

It's a $250,000 donation by GE Johnson Construction that could turn into $580,000 for Pikes Peak Community College and eight rural colleges throughout the state. Most of the money will go towards scholarships and getting more high school students interested in trade work.

"At least a hundred students that are going to get scholarships specifically because of this grant," said Warren Epstein the Marketing Director at PPCC.

The donation that could reach $580,000 will help Pikes Peak Community College with a degree and certificate programs that would provide scholarships for skilled trade students.

"It's not only going to feed the pipeline of workers that we need so much in our growing economy, but it's also going to create opportunities for so many students who otherwise couldn't afford college," said Epstein.

With a 10 year high building rate in Colorado Springs comes a nine percent increase in available construction jobs over the past year.

Renee Zentz is CEO for the Housing and Building Association of Colorado Springs, and a board member for Pikes Peak Community College.The HBA started a 'Careers in Construction' program to start building a pipeline to skilled trade careers for the youth.

"A year and a half ago we had 18 kids in class," said Zentz, "we have over 300 kids in vocational class right now; and this will ensure that those kids have a pipeline through scholarships to continue on at Pikes Peak Community College."

With the grant money, the college believes that pipeline can be formed.

"People don't realize with a two year degree or certificate you could come out with a job that pays more than a lot of four year students are getting," said Epstein,"We have all these jobs that are waiting to be filled with skilled hands and we don't have the people yet to put in there, but we will and pikes peak is going to play a big role in that."

Eight rural community colleges will receive $10,000 from the donation that will be matched to $20,000 for scholarships at each school. With the donation and matching funds, Pikes Peak Community College almost reaches a $1 million scholarship goal it started at the beginning of the year.