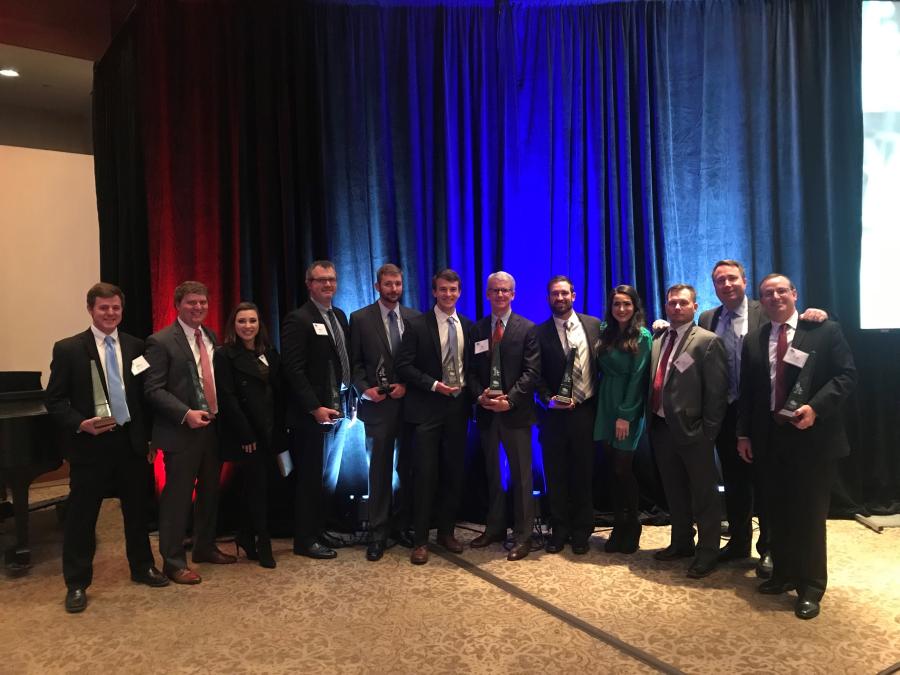 Staff members of Robins & Morton celebrate the Excellence in Construction Awards received from the Associated Builders and Contractors of Alabama.

The Excellence in Construction Banquet was held Nov. 29 at The Club in Birmingham.

In addition to its Birmingham headquarters, Robins & Morton has offices in Charlotte, N.C.; Dallas, Texas; Huntsville, Ala.; Miami and Orlando, Fla.; and Nashville, Tenn.