The construction cost of the stadium in St. Petersburg currently stands at $671 million. 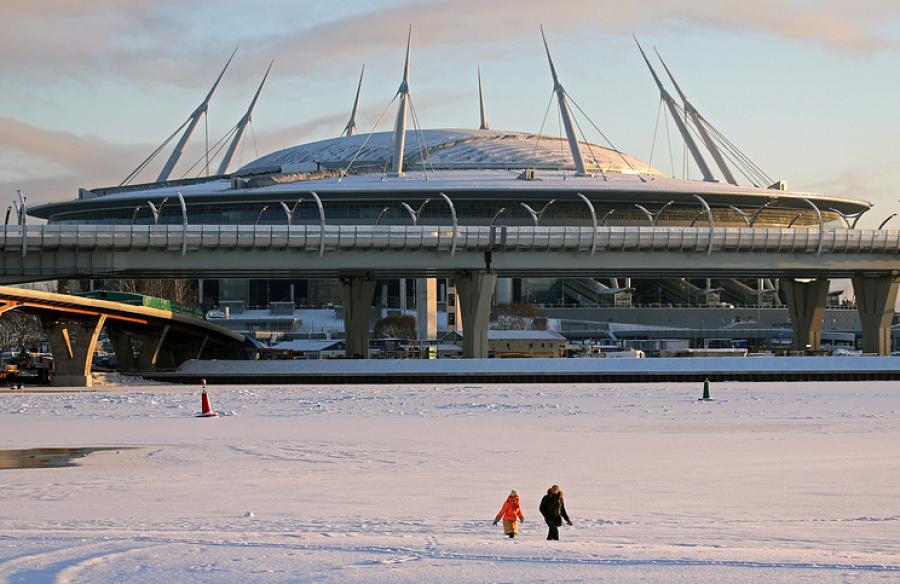 The construction project of the stadium has been amended three times.

The construction cost of the stadium in St, Petersburg, one of the 11 cities in Russia selected to host the matches of the 2018 FIFA World Cup, currently stands at $671 million (41 billion rubles), a senior official in charge of the global tournament's organization in Russia said on Wednesday.

"As far as I remember, the sum of 41 billion rubles was spent for the construction of the stadium," Vadim Tyulpanov, the head of the Russian parliament upper house's interim commission on the organization of the 2018 World Cup, said.

"The authorities of St. Petersburg have reassured us that there would be no more spending," Tyulapnov said. "Perhaps, some funds have remained. I hope they will be channeled into the pre-commissioning activities and no more money will be required."

The stadium designed to host the 2017 FIFA Confederations Cup and the 2018 FIFA World Cup matches was laid down in the western portion of Krestovsky Island in St. Petersburg in 2007. The construction project was amended three times: in 2008, 2010 and 2013.

In mid-November, former St. Petersburg vice governor Marat Oganesyan was detained as part of a criminal probe into the football stadium's construction. The law enforcement agencies said corruption schemes organized by Oganesyan inflicted damage of over 50 million rubles ($769,000 at that time's exchange rate) to the St. Petersburg budget.

Russia won the bid to host the 2018 World Cup at the FIFA Congress in Guatemala on December 4, 2010. The victory came following a tight race against the bid from England, the joint bid from Portugal and Spain and the joint bid on behalf of Belgium and the Netherlands.

The country selected 11 host cities to be the venues for the matches of the 2018 World Cup and they are Moscow, St. Petersburg, Sochi, Kazan, Saransk, Kaliningrad, Volgograd, Rostov-on-Don, Nizhny Novgorod, Yekaterinburg and Samara.

The matches of the 2018 World Cup will be held between June 14 and July 15 at 12 stadiums located in the 11 mentioned above cities across Russia. Two of the stadiums are located in the Russian capital.

The FIFA Confederations Cup will be held in four Russian cities - Moscow, St. Petersburg, Sochi and Kazan - from June 17 to July 2, 2017.