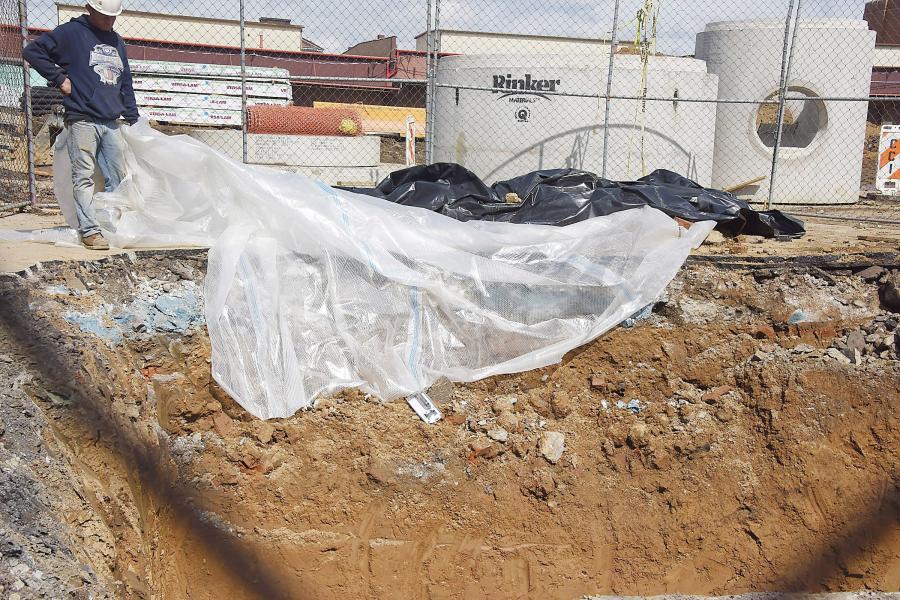 A crew member shows the dig site where the cannonballs were discovered on March 27th.

A construction crew working in Lawrenceville discovered a cache of buried cannonballs today at the site of an old civil war arsenal, according to Pittsburgh police.

The construction crew building apartments across the street from Arsenal Middle School near 39th and Butler streets discovered between 35 and 43 cannonballs, a company spokesman said.

“They are specially trained for this type of work,” she said. “These cannonballs are stable when left alone.”

Still, police are posting an officer at the site to ensure no one disturbs the cannonballs, she said.

The subcontractor should be on site to remove the cannonballs within 24 hours.

The Allegheny Arsenal was a key supplier of munitions to the Union Army during the Civil War and was the site of the single worst civilian disaster of the war when an explosion killed 78 people, many of them women.

Pittsburgh also manufactured the largest cannons ever made — at the Fort Pitt Foundry, located in the Strip District during the Civil War.