The fossilized corpse was unearthed at a construction site when workers blasted away surrounding rock with TNT. 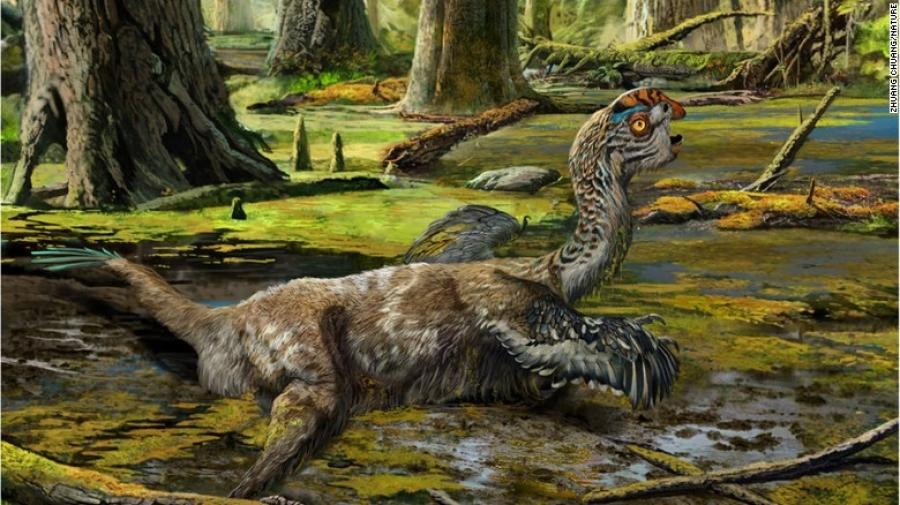 An artist's impression of the feathered Tongtianlong limosus. A paper on its discovery was published in Nature Scientific Reports on November 10, 2016.

CNN is reporting that the fossilized remains of a new species of winged dinosaur have been discovered in southern China by construction workers, who almost destroyed it with dynamite.

The fossilized corpse was unearthed at a construction site in the city of Ganzhou when workers blasted away surrounding rock with TNT.

Named Tongtianlong limosus, the dinosaur was a winged and feathered ancient ancestor to modern birds. The fossil is estimated to be from the Cretaceous period, making it between 66 and 72 million years old.

The discovery was originally reported by the journal Nature Scientific Reports on Thursday.

The report said that the dinosaur died trapped in mud with its beaked head titled upwards and wings extended, where it remained frozen in time until it was exposed by dynamite.

China is enjoying a golden age of paleontology and has been at heart of many of the latest discoveries, particularly of feathered fossils that have shown a direct link between dinosaurs and birds.

Tongtianlong limosus is a Chinese translation for "muddy dragon on the road to heaven," a name which refers to the curious way in which the dinosaur died.

"Judging by the fine state of preservation, the specimen probably was originally complete or nearly complete. However, some portions of the skeleton are missing... This is because the specimen was collected by workers at an active construction site," the report says.

It belongs to a group of dinosaurs called oviraptorosaurs, which have shortened, toothless skulls.

"Although once among the most mysterious of dinosaurs, oviraptorosaurs are becoming better understood with the discovery of many new fossils in Asia and North America," the journal said.