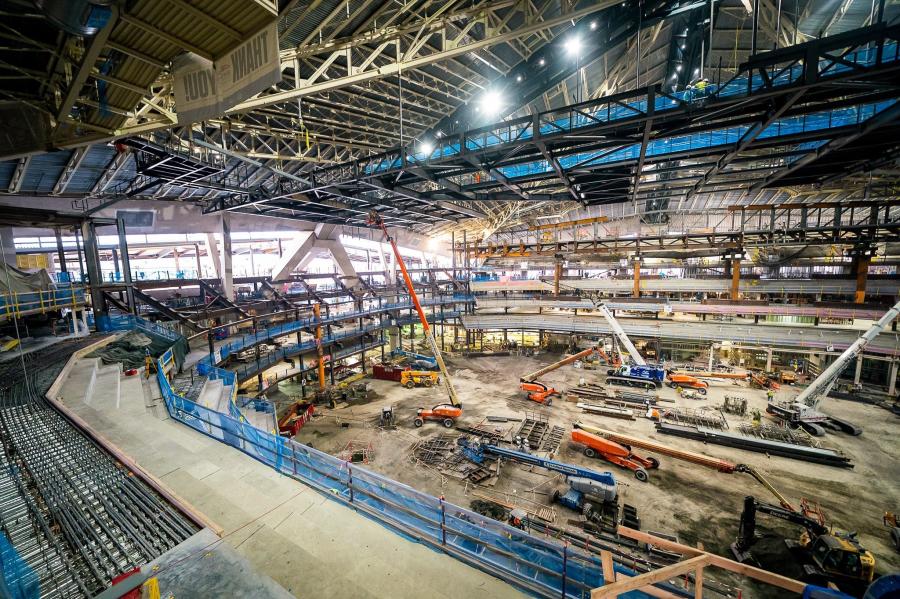 Covering an area of approximately 190,000 sq. ft., the arena roof consists of bi-directional, steel space-truss “three-pinned” arches with an intermediate post-tensioned cable system spanning between the main trusses and the perimeter concrete structure.

Workers from the construction crews were taking a mid-day break to join in the traditional "topping out" ceremony that marks the final steel beam being secured into place. It indicates the steel-framing structural phase of a project is complete. In the case of Climate Pledge Arena, the final beam was fastened to the rigging grid that now sits beneath the iconic landmark roof, preserved from the original 1962 World's Fair building. The steel in the rigging grid will help support 200,000 lbs. of equipment and staging elements, fitting the needs of pretty much any type on concert tour show. 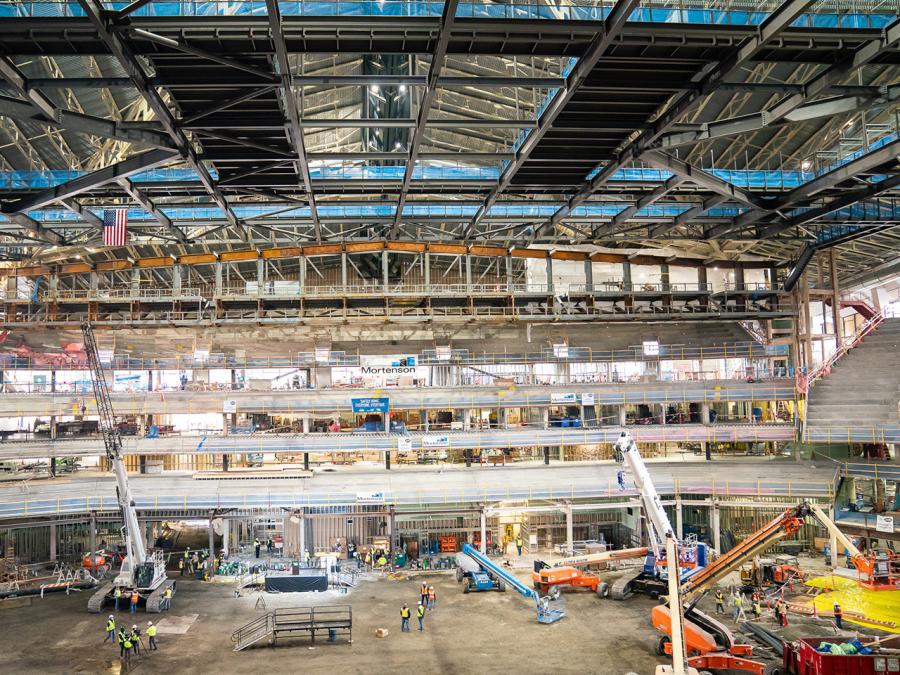 The roof — which weighs 44 million lbs. — had been supported by 72 temporary steel columns and a reinforcement structure for nearly a year to the date. Removing those columns was a complicated process that required meticulous and careful work.

Workers removed the last of temporary supports that were holding the iconic roof up while permanent supports were built.

"Now we're in here, we've got less than 12 inches in many areas between new structures and temporary roof elements, we've got to get 55 thousand pounds of steel out of here without damaging the new structure," said Mortenson Senior Project Manager Will Traylor said in an interview with MyNorthwest.

Mortenson Project Executive Greg Huber added, "These are the jobs that build people. There's a lot of young talent here and to see their dedication, leaning into challenges and shaping them into great builders is what it's all about."

Robert Nellams, director of Seattle Center, said, "You are building it for new audiences for years and decades to come. You guys are amazing. I am blown away by the light you are creating this time of darkness."

Steve Mattson, Climate Pledge Arena general manager and senior vice president of Oak View Group, concluded, "Your work will always be part of the fan experience for every game and event. I will always remember those efforts. Thank you and congratulations."