Construction Disrupted by Elves or Hidden People in Iceland

This is not the first time an agreement has been reached with the hidden people because of human action in the area. 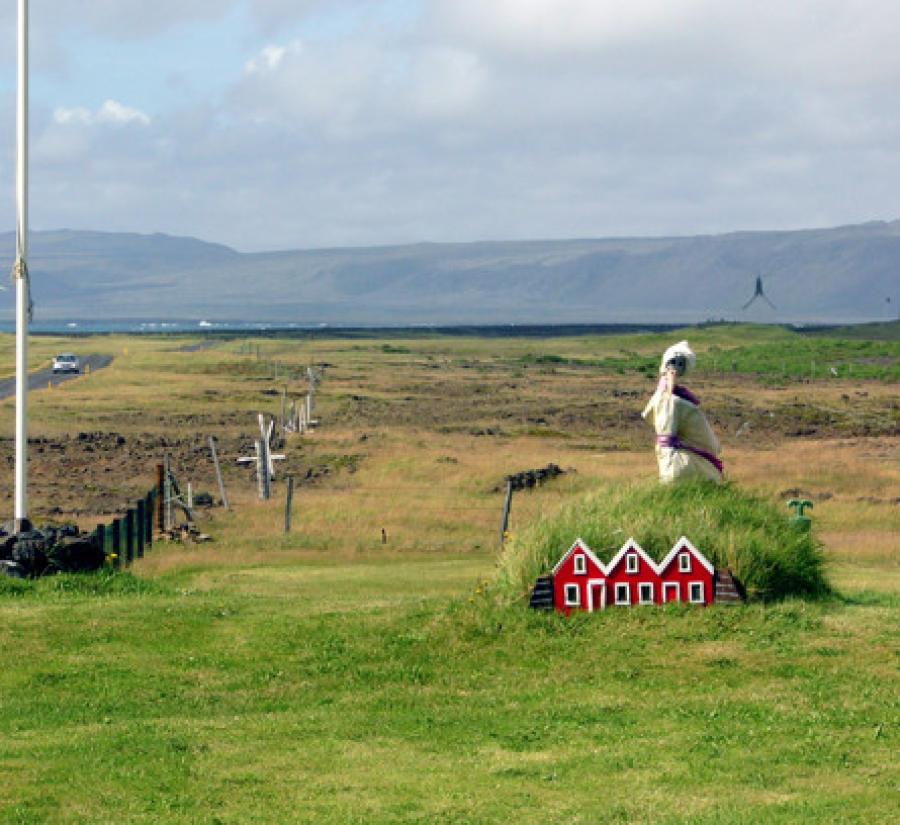 The hidden people or huldufólk are part of folklore in Iceland and in the Faroe Islands.

Contractors drilling for water in north Iceland have finally made contact with the hidden people to ask permission to drill after repeated unexplained malfunction in their drilling gear.

The folklore retained to the so-called huldufolk or hidden people is firmly rooted in many places in Iceland even today and occasionally news of interactions between humans and the hidden people finds its way into the news. The National Broadcasting Service RUV reported that contractors drilling for water in Hegranes in Skagafjord in North Iceland have finally made contact with the hidden people to ask permission to drill after repeated unexplained malfunction in their drilling gear. The drilling operation in the area had been hectic from the onset of the project and a week ago RUV reported that a local farmer had suggested that it might not be a bad idea to ask permission from the hidden people, suggesting the unexplained and repeated malfunction could be traced to the hidden people's protest of the whole project.

The farmer pointed out that Hegranes is believed to hold the largest population of hidden people in the country and that the drilling might be too close to the old cemetery. He also pointed to the fact that the cemetery is centuries old and there is no way to know where the older cemetery was, so this ground might be best left undisturbed. The drilling project might do well to move away from the cliffs (where the hidden people are believed to live) and away from the cemetery, and they might have better luck.

RUV reported again that the contractors have made contact with the hidden people and asked their permission, they then proceeded to relocate the whole construction site. As soon as they moved away from the cliffs and the old cemetery their luck changed, the crew struck water, the report said. They drilled 90 meters down but will go a further 10 meters to ensure the flow of ground water to the area. Belief in elves and hidden people has been a constant around Hegranes in Skagafjord and it's believed to be one of the largest colonies of hidden people on the island. This is not the first time an agreement has been reached with the hidden people because of human action in the area; in 1978 the Icelandic road and coastal administration abandoned plans to blow up a hill in Trollaskard after not being able to reach an agreement with the hidden people.

The hidden people or huldufólk are part of folklore in Iceland and in the Faroe Islands. The term huldufólk means huldu- pertaining to what is hidden, and -fólk means people or folk. They are considered to be kind of human-like elves in Icelandic and Faroese folklore. It is not uncommon that construction projects in Iceland are altered to prevent damaging the rocks and cliffs where they are believed to dwell. The term huldufolk is believed to have been taken as a synonym of álfar (elves) in 19th century Icelandic folklore. Jón Árnason found that the terms are synonymous, except álfar is a more negative term. Konrad von Maurer contends that huldufólk originates as a euphemism to avoid calling the elves by their real name. It is unknown if elves and/or huldufolk are the same kind of supernatural beings, and opinions differ on the matter.

Editor's Note: This story first appeared in 2016 in IceNews